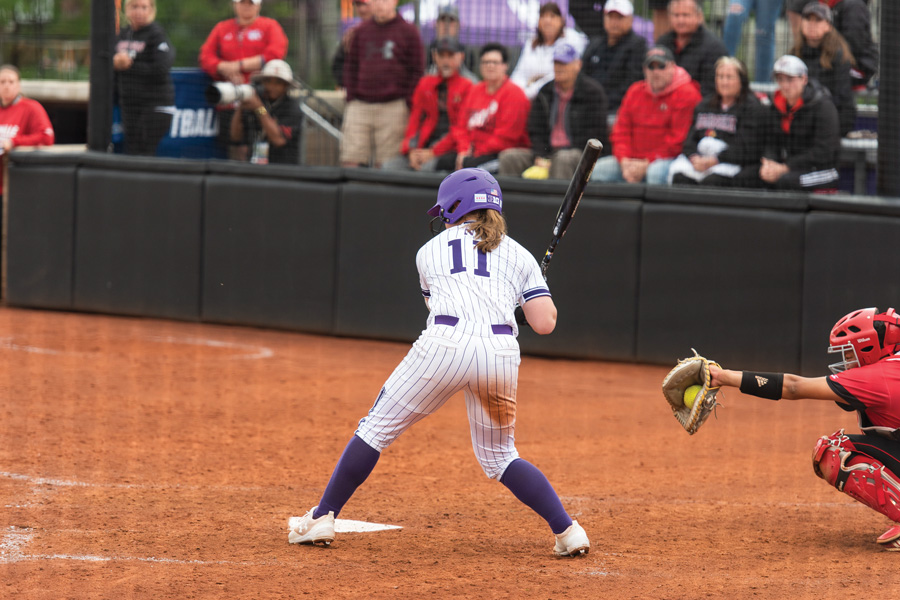 At this weekend’s season opener in Tempe, Arizona, the No. 14 Wildcats took two of five at the Kajikawa Classic, beating Seattle on Friday and Portland State on Sunday. NU fell to Utah in their first game, and then dropped both on Saturday to No. 12 Tennessee and No. 22 Arizona State.

Friday’s contest against the Utes looked promising for the first five innings. Junior Rachel Lewis blasted a double to left-center and scored on a pass ball to give the Cats an early 1-0 lead and sophomore pitcher Danielle Williams retired 13 of the first 14 batters she faced. However, in the sixth, Utah broke open its offense with a three-run homer. Though NU fought back in the bottom of the inning, scoring a second run, they couldn’t complete the comeback, as the Utes picked up a 3-2 win.

The evening game was more successful for the Cats, as junior pitcher Kenna Wilkey limited the Redhawks to two hits and led NU to its 1-0 win.

“Kenna Wilkey’s work has been outstanding,” coach Kate Drohan said. “All parts of her development (have) been great for the team, and I really like the jump she’s made.”

Wilkey’s partner behind the plate, sophomore catcher Jordyn Rudd, also had a strong weekend, picking up 5 RBIs including a two-run shot in NU’s 8-3 win over Portland State.

“She threw an inside pitch that was really pretty so I just swung at it,” Rudd said. “I’m really happy that someone was on base for that so it made it even better for me and the team.”

Though Rudd said the team was a little “antsy” this weekend, she’s optimistic about the Cats’ talent this year, especially because of the new players.

Though the Cats lost both games on Saturday, several freshmen began to find their footing with the team over the weekend.

Freshman utility player Angela Zedak eked out an RBI single to give the Cats their first run against the Volunteers, and freshman outfielder Gracie Huff grabbed another single against the Sun Devils. Freshman pitcher Sydney Supple had her shining moment on Sunday when she threw three scoreless innings against the Vikings.

“Syd, in particular, commanded the strike zone very well,” Drohan said. “She just really attacked the hitters and spun the ball very well, and I think the team had a lot of fun playing behind her.”

Drohan added that she was impressed with all of the freshmen this weekend, who “came ready to play.”

Supple said playing her first few games for NU this weekend was a dream come true.

“To be wearing Northwestern across my chest is truly an indescribable feeling,” Supple said. “It’s something I’ve been waiting for for years and just to be able to take the field with 22 other girls that I call my sisters is something I’ll forever cherish and I can’t wait to get used to over the next four years.”