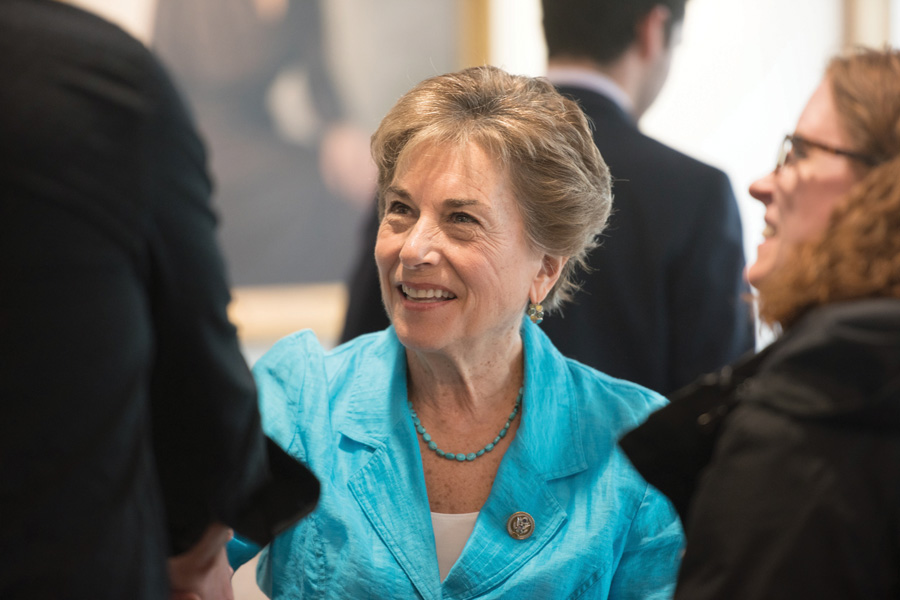 U.S. Rep. Jan Schakowsky (D-Evanston). Schakowsky voted to remove President Donald Trump from office on charges of abuse of power and obstruction of Congress on Wednesday.

The House of Representatives impeached Trump on two charges on Dec. 18. On Wednesday, the Senate voted 52-48 to acquit Trump of abuse of power and 53-47 to acquit him of obstruction of Congress.

U.S. Sen. Mitt Romney (R-Utah) voted in favor of removal on the charge of abuse of power, becoming the first senator in U.S. history to vote to remove a president from their respective party from office. On obstruction of Congress, the Senate split down party lines.

Schakowsky stated in the release that the Senate trial was unfair due to its lack of witnesses or new evidence.

“If this conduct does not warrant removal, then what does?” Schakowsky said. “If this President, who time after time puts his personal interests over the interests of the nation, is not removable, then who is?”

However, Schakowsky ended the release with a promise of future action following her criticism. She said the Democratic Party will continue to hold Trump accountable in both branches of Congress.

She also said she will work to pass legislation centered around healthcare, jobs and climate issues leading up to the 2020 election.

“I will continue fighting and speaking out against his every move that threatens our national security and the well-being of our people,” Schakowsky said. “And I will work tirelessly to ensure that this President is a one-term President left only to be judged by the history books.”