Lacrosse: No. 3 Northwestern returns to action after Final Four campaign with doubleheader 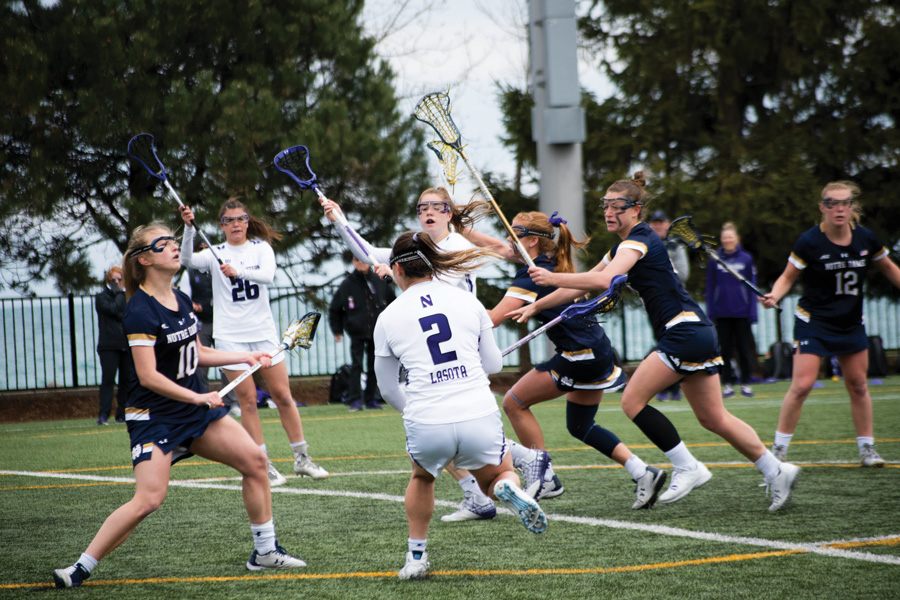 Last season, Northwestern lacrosse won a Big Ten Tournament title and made it to the Final Four before a blowout loss to the eventual national champions knocked them out of contention.

The No. 3 Wildcats are looking to rebound from a disappointing loss to Maryland in the Final Four and put together another strong Big Ten Championship campaign. That starts this weekend, with a home game against Detroit Mercy and then on the road at No. 20 Duke.

NU faces a big challenge in replacing graduated attacker Selena Lasota, who was a Tewaaraton finalist and led the Cats in goals and points last season.

“The biggest thing we’re working on now replacing (is Lasota’s) leadership,” coach Kelly Amonte Hiller told US Lacrosse Magazine earlier this winter. “Any time you lose a great player like that, you replace by committee. You don’t replace it with one particular person.”

Sophomore attacker Izzy Scane, last year’s Big Ten Freshman of the Year and the top scorer behind Lasota, has made a strong case to take Lasota’s place at the center of NU’s offense. Scane participated in the U19 World Championship in August 2019 and was the Player of the Match in the US’s final vs. Canada.

Since the Big Ten formed a women’s lacrosse league, the Cats have not been able to replicate the success they had in the American Lacrosse Conference, where they won a stunning seven national championships.

Last season changed that, with NU going on its deepest tournament run since joining the conference and winning its first Big Ten Tournament title.

“We had a great culture,” Amonte Hiller said after their loss in the Final Four. “It was very unselfish, and the girls were extremely positive, and they learned how to believe in themselves. I think that win that we had at the Big Ten Championship was a big sign of our growth.”

The Big Ten promises to be as challenging a conference as last year, with the Terrapins currently ranked No. 2 in the NCAA, and Michigan ranked at No. 8. NU will be able to set the tone for the season this weekend, especially in its game against the Blue Devils.

“Hopefully our team learned a lot of lessons (last) season,” Amonte Hiller said. “They can do it, they’ve got a lot of confidence from this. I hope they get a lot of motivation so we can continue to build the culture.”