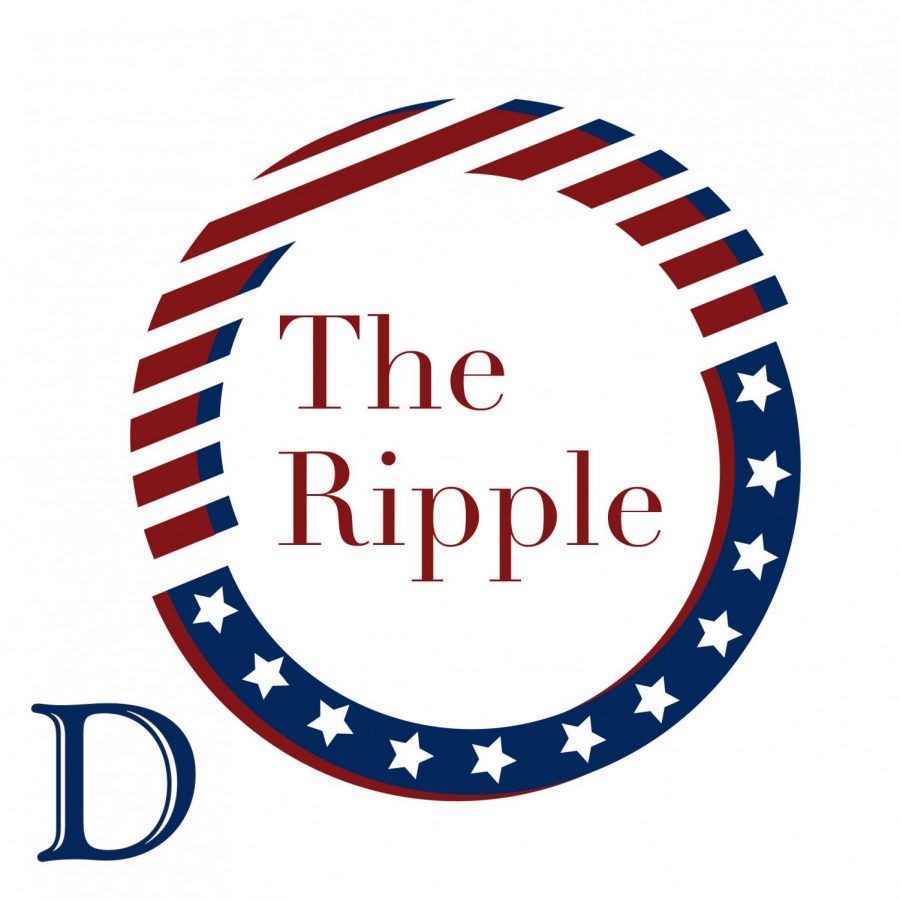 CLARE PROCTOR: And I’m Clare Proctor. Welcome to The Ripple, a biweekly podcast on the the effects of state and national politics on the Evanston and Northwestern community. On this week’s episode, we talk about the legalization of cannabis products and how that affects students on Northwestern’s campus.

So for starters, a little bit of background. J.B. Pritzker was elected governor of Illinois in November 2018. One of his primary campaign promises was recreational marijuana legalization.

CLARE PROCTOR: On June 25, 2019, just over five months after being inaugurated, Pritzker made good on that promise. He signed a bill that legalized recreational cannabis for users 21 and older, which became effective Jan. 1 of this year. Illinois became the 11th state to do so.

In Evanston, cannabis consumption isn’t permitted in public spaces, at schools or in “close proximity” to anyone under the age of 21, according to the city’s website. Restrictions also include anywhere prohibited by the Smoke Free Illinois Act, which includes most buildings and vehicles used by the general public.

That being said, the city also houses a dispensary, MedMen, on Maple Avenue. MedMen previously sold medical marijuana and started selling recreational marijuana Jan. 1. For now, it’s the only dispensary in Evanston, but more businesses could potentially move into the city in the future upon zoning approval.

However, on Dec. 11, 2019, right before legalization took effect, Northwestern officials sent out an email stating, “We want to reaffirm that Northwestern University policy prohibits the possession, use, manufacture, cultivation, dissemination and storage of cannabis by students, faculty, staff and visitors on all of the University’s campuses and properties and at University events. This policy remains in effect as of Jan. 1, 2020 and beyond, despite the new state law.” That’s because, at the federal level, cannabis is still illegal.

MAYA RETER: Paul Hubinsky, the interim director of residential life, talked with us about why this policy remains in effect at Northwestern and how it’s being enforced on campus.

PAUL HUBINSKY: So the University needs to comply with a federal act called the Drug-Free Schools and Community Act of 1989. And that ensures that we remain eligible for federal funding, which we use for financial aid and research and many other things here at the university. Even though it’s legal by the state, it still remains illegal federally, and we need to comply with the federal law around that.

MAYA RETER: The University also complies with the Drug-Free Workplace Act. According to the December email, this law requires a “drug-free campus community.”

Though the University’s policy hasn’t changed, its enforcement has shifted slightly. Like alcohol, the University aims to involve University Police as little as possible in cases where all users are over the age of 21.

PAUL HUBINSKY: If we suspect someone may be using cannabis or has cannabis products or paraphernalia, we would contact NUPD, the RA staff and the resident director staff, and NUPD would approach the situation and investigate further to find out the ages of the students and what’s going on.

No matter what the age, the cannabis products and the paraphernalia would be confiscated and destroyed. If all the students involved are over 21, NUPD would step back and the residential life staff would work with the students to collect the items and then turn that over to NUPD.

MAYA RETER: Legalization didn’t change too much for the resident assistants, or RAs. Cannabis was already a prohibited substance, so they’ve had training on cannabis detection and confiscation for years. But since RAs are the primary enforcers in the dorms, the University felt another training session could be beneficial especially as cannabis access increases.

PAUL HUBINSKY: In January, we had a session where we talked about that slight adjustment in the logistics of enforcement, and then the second part, we did a little bit of education about what the staff might be seeing, hearing and smelling differently in the halls. So, some education about the different forms that people may be utilizing cannabis in and some of the dangers of the high concentrate items and some of the medical issues that might come from that.

MAYA RETER: Proponents of recreational cannabis legalization argue it combats the disparity in policing and arrests related to cannabis use, which disproportionately affects people of color. This was something the University considered when reviewing its policy on regulating cannabis use on campus.

PAUL HUBINSKY: The staff that worked on this are very aware of the social justice implications around cannabis use and the new laws and having the police involved in the enforcement of something maybe legal outside of campus. So it’s something that I took into account as we were working through what the policy looks like. We were trying to look for a way that we could have NUPD not involved in it, similar to how we typically treat alcohol, but we have not found any other institution who has done that.

CLARE PROCTOR: Even before marijuana was legalized this January, the University started a campaign in the fall concerning health risks surrounding cannabis products. Here’s Kevin Meier, the assistant director of Health Promotion and Wellness — or HPaW — at Northwestern.

KEVIN MEIER: So this campaign currently consists of six posters, two messages around each theme, those themes being “legal does not equal legal,” so that’s touching on the state versus federal level of legality of cannabis; “legal does not equal healthy,” that focuses on things such as brain development and lung health; and then “legal does not equal safe,” and that is the message that targets cannabis concentrates — things like edibles, butters, waxes, dabs, things that have very high levels of THC that can actually interact in a person’s body differently than when cannabis is consumed in the traditional form of smoking.

CLARE PROCTOR: A primary goal of HPaW’s campaign is to educate students that, just because a drug is legalized, doesn’t mean that any health implications go away.

KEVIN MEIER: The majority of the student population here at Northwestern is under 21. We also really wanted to make sure that we were focusing on the health side of this behavior.

CLARE PROCTOR: HPaW tried to remain student-focused in its campaign as well.

KEVIN MEIER: What’s great about our marketing department here on campus is that students are so heavily involved in that work. It allows us to get the student voice and input as well. We only had one student to work with because this was over the summer, but regardless that still was a student voice versus just a staff-led initiative. The other cool thing about having students involved is they can really help us understand what’s going to resonate more with the campus population. They have a fresh take on what designs might look more appealing as well versus what we might think is going to work.

We’re always in communication. We go back and forth. We go through a few drafts. And luckily with this one, we felt that the student center hit this out of the park, right off the bat. We kind of help them with crafting the actual language, after they took their first stab at it.

CLARE PROCTOR: HPaW is currently working on expanding its campaign to add an additional poster. This one will focus on vaping, specifically on THC vapes. They’re planning on launching this in the spring.

KEVIN MEIER: If anyone’s been paying attention to the news recently, a lot of issues around the vaping and lung outbreaks, the deaths associated with it, the issues that are caused, there are a lot of question marks still floating around out there around vaping on lung health.
We have seen that, for the most part, it seems to be narrowed down to the vitamin E additives to the formulas, and that tends to also be something that’s found mostly in THC vapes. But vaping in general is still something to be very aware of, especially around high concentrates, formulas, higher levels of nicotine in a lot of vape products right now.
But definitely, when it comes to the cannabis messaging, this is becoming a fairly serious health topic, and we want to make sure that our students are as informed as possible so that they can make the most informed choice moving forward as well.

CLARE PROCTOR: Outside of posters, HPaW has multiple resources for students looking to examine their cannabis use, including confidential counseling sessions and an online self-guided prevention and intervention program called cannabis e-CheckUp To Go. For incoming students, a cannabis and vaping module was recently added to AlcoholEdu, an alcohol training and education program geared toward college students. But when it comes to a comprehensive education program, the university is coming up blank.

KEVIN MEIER: As we’re looking at other online programs, we’re finding that there’s not a lot out there that really dives deeply into the world of cannabis, especially for college populations. And so we’re trying to do our research; we’re trying to see what we feel good about. We’re also trying to figure out what’s affordable but still provides what we would consider an adequate level of education to help students understand the base level of knowledge that they should have when it comes to understanding cannabis.
We really want to make sure that our students know that even though something has become legal, there are many known health effects of smoking cannabis, ingesting it through edibles, et cetera and to make sure that everyone is still engaging with this substance in the safest way possible. And that’s no different than how we kind of approach just about every health topic that we talk about, through a harm reduction lens and making sure that we provide the information so that our population can make the most informed, healthy decision moving forward.

CLARE PROCTOR: Thanks for listening. We’ll catch you on the next episode of The Ripple. This episode was reported and produced by me, Clare Proctor, and Maya Reter. It was edited by Kalen Luciano and Heena Srivastava. The editor in chief of The Daily Northwestern is Troy Closson.