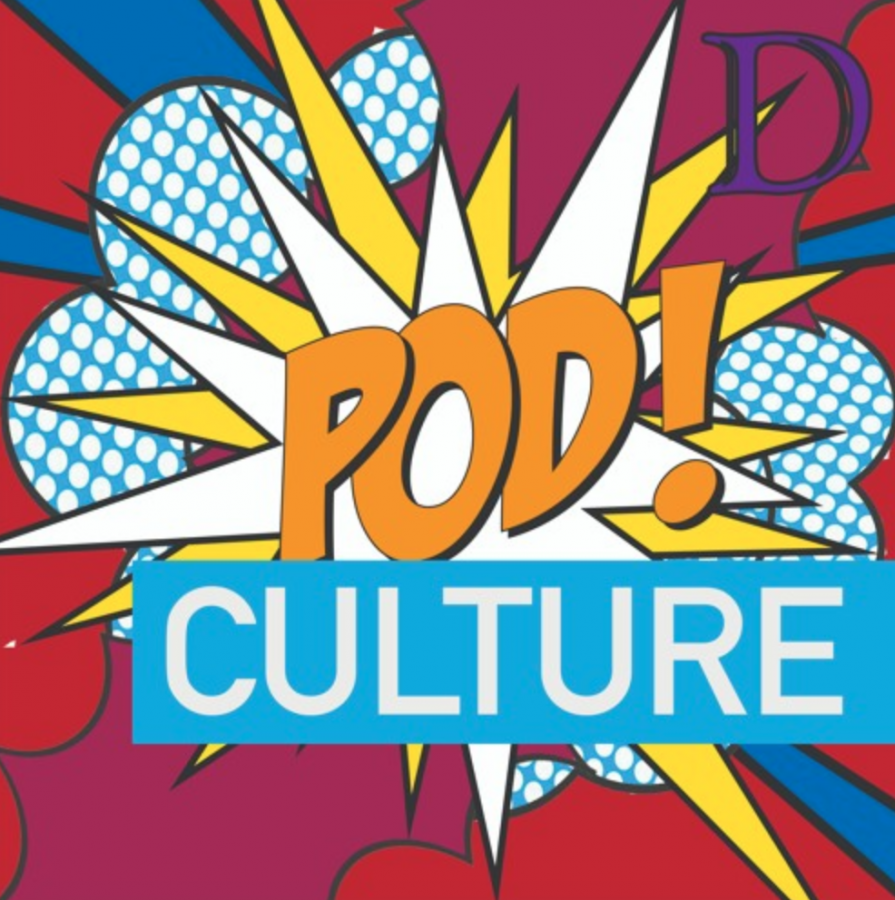 WILSON CHAPMAN: From the Daily Northwestern, I’m Wilson Chapman. This is Podculture, a podcast covering arts and entertainment on Northwestern’s campus. For this episode, I interviewed NU students who went viral on TikTok, the social media video platform currently sweeping the nation. I talked to them about what it was like going viral, how they got into it, and why TikTok is so popular right now.

RISHI MAHESH: So I first got into TikTok this summer at an internship in Los Angeles, and I was decaying from lack of social interaction and mental breakdowns and stuff, and so I downloaded TikTok as a way of keeping myself satiated and sane.

WILSON CHAPMAN: This is Rishi Mahesh, a Communication junior. While in Los Angeles, Rishi made a TikTok poking fun at the memed Netflix film “Tall Girl.” His video went viral on the app, receiving almost 40,000 likes.

RISHI MAHESH: That was the only TikTok I made that’s viral, viral. I have a friend in Scotland who sent me a link. It made it into some compilation she saw on YouTube.

For awhile my thing was strong debased irony on TikTok. Stuff that wasn’t really funny and was maybe only funny to me. And then with the “Tall Girl” thing it was kind of like, “what if I play into the TikTok formula? The format? What will get a lot of engagement? Like using a stock audio, with one twist at the end with a meme that does have social commentary,” before I was like “what if that happens?” and then literally I was leaving to go to a show that started at 7 p.m., and it was like 6:45 p.m., and I was like, let me just bust this out really quick and throw it up there. And so I literally, I did that, and then I zoomed over to that show. It was like a one- or two-take type of thing. And then after the show I get back and it has a couple thousand views already. The algorithm works so quick. If you’re going to get viral, you know you’re going to get viral really soon.

I originally was a bit more purposeful, I think, with what I was posting. I thought I spent a lot of time trying to ironically subvert TikTok trends to kind of make fun of the thing itself before I kind of realized that, before I kind of found my own appreciation for the form, for the craft. And then after that I got more genuinely into it.

I think, actually, it has a lot more to offer than people give it credit for. Originally, I thought the thing that limited it was the lack of limitations. With Vine, a little part of the intrigue and the challenge of it was the idea that you only have six seconds of video. And then with TikTok having 15 seconds or a one minute type of thing as well as all these different music options, as well as all these different effects, and like stuff that you can use, I thought the whole thing was like “where’s the challenge of it?” You’re kind of just just giving them a lot to work with. And then I found that the cool thing was how people expand even further beyond what they are given. And then I went back and looked at a bunch of Vine compilations and stuff, and realized, actually, I think the content on TikTok with all of this is actually way better than Vine really ever was because Vine was inherently limited. TikTok is inherently helped by the fact that Vine existed, and now people have curated that humor way tighter and way punchier than I think Vine even really ever was.

I think the fact that it’s one of the only few social media platforms that actually encourages in-person collaboration and stuff, is actually kind of crazy and very cool. It encourages getting together with your friends and making a TikTok, you know. I’ve done that with so many people. I think It’s really fun when you can just be in Norris and a certain song comes on, and you can look around and you see in a couple corners two or three people doing the same kind of dance with each other and with their friends. I think it’s a cool sort of thing. I think it’s always more fun to be a part of a cultural thing rather than making fun of it or being on the outside. I’m always a fan of letting people have more fun, not less.

ALYSSA GALERNIK: I didn’t make an account at first. I was just kind of, like, scrolling, but then I decided to make my own account and make some goofy videos with my friends.

WILSON CHAPMAN: This is Alyssa “Byrdy” Galernik, a SESP senior. Last month, she and her fellow members of Northwestern’s Women’s Basketball Team went viral for their TikTok recreation of the classic YouTube video, “The Mysterious Ticking Noise” from the Potter Puppet Pals web series.

ALYSSA GALERNIK: I think the best thing about TikTok is it’s so fun to see everybody else’s, what they post, but the best thing is when you make your own TikTok, the process of making it and going through it, it’s like the funniest thing in the world. You’re just with your friends, and you can’t even talk because you’re laughing so hard.

WILSON CHAPMAN: The TikTok that made the team famous was created while Byrdy was traveling with her team to Indiana for a game.

ALYSSA GALERNIK: I made like two or three videos, and then, you know, I was on the bus, we were planning to go to the Indiana Hotel and I just had the Harry Potter Puppet Pals stuck in my head. I literally have not watched that video in, like, four or five years. I just had it in my head and then I explained to my teammates and was like “hey, do you have any homework? Do you wanna make a TikTok?” Everybody got their studying done, and we all, like, agreed, divvied up parts based on who wanted it. It took only three or four tries, and we just made it in the stairway of the hotel.

The goal is always to be famous, you know. On TikTok, you post to go viral, but did I actually think we would go viral? I mean, I guess I kind of had a little hunch, I guess, but after four or five days of only, like, three hundred views, I was like, “there’s no chance.” But then the fifth day rolls around, I came back from practice and I had 50 to a hundred text messages and missed calls and I’m like, “what’s going on.” And people told me that the TikTok was on the “For You” page. And I’m looking at it and it had like 50,000 views, and was like, “dang, I made it.” And right now it’s almost at a billion. It’s a funny video. We had a great time making it. We got a lot of positive feedback. We got interviewed a lot for it. It helps that our program is on the rise right now and we’re ranked. We’re getting a lot more attendance at games. People are starting to like us a little bit, so, you know, we’re giving them a reason to talk about us a little more.

Because we’ve received so much praise for it, people are constantly watching us, so I can’t make videos that are not inappropriate, but if they cuss, or like stuff like that, TikTok, it doesn;t really matter if they do that, it’s like Vine, but now it’s like, you can’t do that. That’s the only downside to being famous, I guess. Originally I just wanted to post stupid videos with my friends. Because you know, being a student athlete, you’re literally monitored every second of the day. If you like something that has the word like “shit” in it, you’re going to be dragged into a room and yelled at.

That’s the only downside. Other than that, we send each other videos throughout the day. I really love TikTok, except when I need to do work I have to stay off the app.

I’m always looking to make people laugh and so are my teammates. We love music, we love to dance, and a lot of the time we spend together, you know, kind of involves both of those two. So, remaking those kind of videos or adding our own twist is what we do. If something pops up in my head again, I’m going to go for it, but we’ve been kind of been a little stagnant. We’ve been on the road a lot. It’s midterm season, so it’s hard to brainstorm when that’s not really the key focus.

There’s definitely been a little pressure on me, people ask “when’s the next one going to be? Are you going to continue with this Harry Potter thing?” But the thing is, I’ve never watched a Harry Potter movie in my life.

When the season’s over, you can expect some more TikToks here and there. But for now, we gotta take it easy. We got to focus on what’s important, got to win some games, do some studying. But, yeah, TikTok is always in the back of my mind.