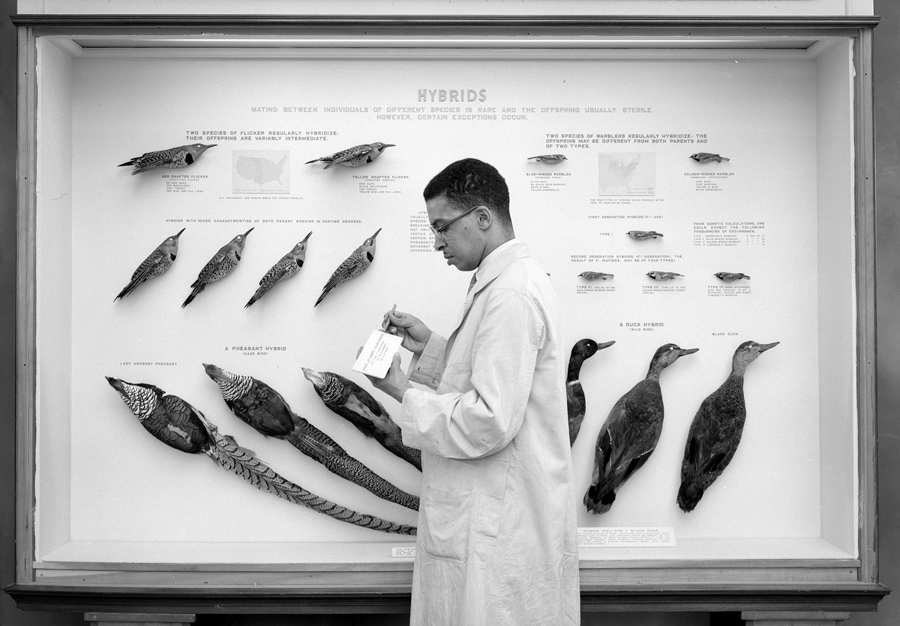 Carl Cotton. The Field Museum is highlighting the life of Cotton, their first black taxidermist, with the exhibition “A Natural Talent: The Taxidermy of Carl Cotton.”

Sifting through the archival record on the Field Museum’s history, exhibition developer Tori Lee was startled by an image of an African American man in the 1950s. On the edge of a marsh diorama, the man was painting a lily pad in the photo, bringing the East African habitat to life.

“A million questions flashed through my mind,” Lee said. “How in the world did a black man become a taxidermist back then? The Field Museum wasn’t known for being inclusive in that time period. I had to figure out who this was.”

After months of interviews and extensive research, Lee and her co-workers unearthed the hidden past of Carl Cotton, the museum’s first African American taxidermist from the late 1940s. Cotton’s life is being highlighted in the newest exhibition “A Natural Talent: The Taxidermy of Carl Cotton.” As part of Black History Month, the show features letters, photos and footage along with Cotton’s realistic animal forms, tracing the artist’s lifelong devotion to art and nature.

Through sleuthing in the archives and scouring the Internet for family members, Lee said she was able to trace Cotton’s story since his childhood on Chicago’s South Side, where he became fascinated with preserving animals and stuffing squirrels, birds and family pets at an early age. Lee discovered letters that documented Cotton’s path to the Field Museum after his service in the Navy in World War II, which showed that Cotton was initially turned down during his first application in 1940. Lee said Cotton was hired four years later as a volunteer, and within a month he got promoted to full-time.

“I teared up when I saw the letter,” Lee said. “That kind of passionate drive was really important for me to see. It struck me when I realized how people put their heart and soul into some of the exhibits.”

Lee added that some of Cotton’s creations, such as his most famous work — “Marsh Birds of the Upper Nile” — remain on permanent display today. Thousands of people still enjoy his artistry, skill and innovative techniques.

Cotton was versatile in his skills, according to Mark Alvey, the Field’s academic communication manager, who contributed to the exhibition’s online research. Although Cotton had a specialization in birds, Alvey said the artist also apprenticed with experts to master mounting mammals, fish and reptiles.

“Most of the taxidermists specialize in one species, but he did everything he had at the time,” Alvey said. “You can see he really started to grow his skills and how much he did.”

“Taxidermy was predominantly white at the time, but Cotton managed to break down some of the barriers,” Brooks said. “As we continue to work hard on issues of diversity, equity and inclusion, young people can pursue their passion despite the challenge.”