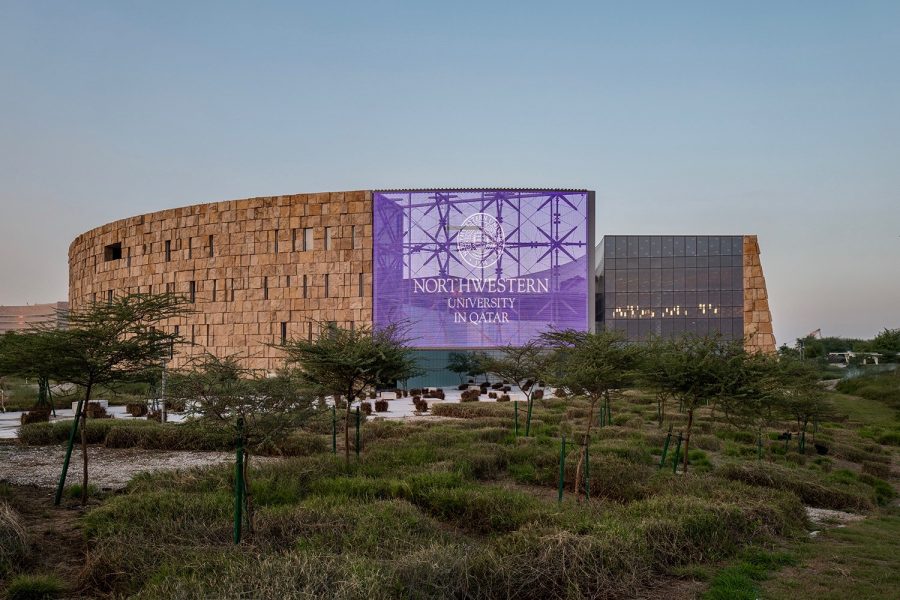 After Northwestern University in Qatar canceled an event over the weekend featuring a prominent Lebanese band whose lead singer is openly gay, following online backlash to their appearance, the Qatar Foundation contradicted the University’s explanation for the talk’s relocation, according to a Reuters report.

NU spokesperson Jon Yates told The Daily said in a Monday statement the University and band “mutually agreed” on the decision to cancel the Qatar campus event and relocate to Evanston “out of abundance of caution due to several factors, including safety concerns for the band and our community.”

However, Reuters reported Wednesday that the Qatar Foundation cited contradictory reasons for the event’s cancelation. The organization has not returned request for comment from The Daily, but a foundation spokesperson told Reuters that “we place the utmost importance on the safety of our community and currently do not have any safety or security concerns.”

“We also place the very highest value on academic freedom and the open exchange of knowledge, ideas and points of view in the context of Qatari laws as well as the country’s cultural and social customs,” the spokesman told the international news organization. “This particular event was cancelled due to the fact that it patently did not correlate with this context.”

Yates said in a Wednesday email to The Daily the University “respectfully disagree(s)” with the Qatar Foundation’s statement. Yates reiterated that the event was moved from Doha to Evanston after University leadership discussed the situation, including concerns for safety and security, with Mashrou’ Leila members and together agreed on changing the location.

“Academic freedom is a foundational principle for us at Northwestern, and one for which we do not compromise,” the email read. “We look forward to hosting Mashrou’ Leila on an even larger platform in Evanston.”

The Qatar Foundation founded NU-Q in partnership with the University, and also helped bring the other five American universities in Education City to Doha.

One Qatari journalist tweeted Friday that they had contacted the Qatar Foundation about the talk and were told that the organization was in contact with NU-Q about stopping it, and that the event contradicted its mission.

Provost Jonathan Hollaway said in a Wednesday interview that his office was briefed about the situation with Mashrou’ Leila’s talk for the first time Thursday. Afterwards, he said, his office and the Qatar Foundation had “steady communication” on topics including academic freedom, safety and security and cultures and values.

The event’s relocation led to a number of NU-Q students and faculty members expressing their disappointment on social media. Others also began using a separate hashtag roughly translating to “we welcome Mashrou’ Leila” in response.

An NU-Q senior, who asked to remain anonymous due to safety concerns, said they were “very hurt” by the event’s relocation to Evanston. The student said that they and others on the Doha campus received both backlash and threats for supporting the band’s talk in Education City prior to its cancellation.

“While we are used to backlash… we’ve never faced anything like this,” the student said. “And it’s still ongoing.”