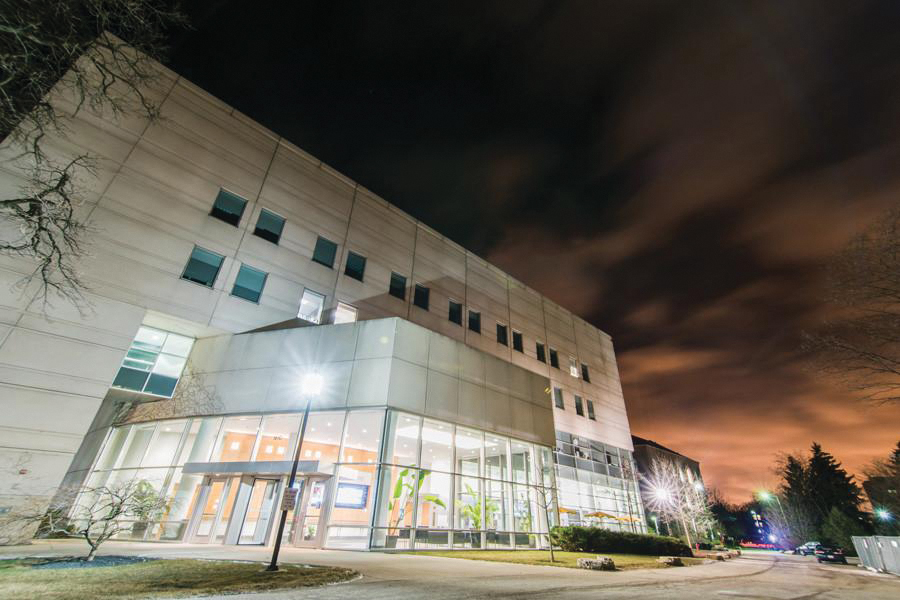 Medill prof. Roger Boye spoke to students and faculty Wednesday in the McCormick Foundation Center about the history of the journalism school.

Boye’s talk, “Medill’s (Almost) 100 Years in 100 Pictures,” was an informal celebration of the journalism school’s 99th anniversary and an analysis of how Northwestern’s journalism program succeeded while others failed to take hold at private universities.

“The question was, is journalism a vocational education or is it worthy of a college?” Boye said. “Certainly private universities wouldn’t say so.”

When Medill was founded in February 1921, it was one of the only journalism programs offered by a private university. Today, NU is the only school on U.S. News & World Report’s Top 20 Colleges list that has a major undergraduate journalism program, the product of Chicago Tribune reporter Eddie Doherty’s efforts to start a school for reporters in Chicago.

Another part of the talk focused on the evolution of Medill’s program. Boye showed photos taken of the school’s first newsroom in Evanston, located in the attic of NU’s Old Gymnasium building. Over time, the school grew and gained additions such as a television studio and wire room, where Boye said he had a work-study job maintaining the machines.

Boye went on to serve first as a professor and later as an assistant dean at Medill. Today, he is director of The Medill-Northwestern Journalism Institute and a faculty chair of the Communications Residential College at East Fairchild.

Now an emeritus faculty member, Boye has taken on a historian role, drawing on sources in the University archives, Medill photos and his own collection of news clips to assemble his talk. Other attendees included Medill dean Charles Whitaker and Stacy Simpson, Medill’s associate director of special events. Simpson is one of the administrators responsible for planning Medill’s centennial celebration.

“Our hundredth birthday is February 2021, so we are using the school year of 2020-2021 as the anniversary year,” Simpson said. “Charles (Whitaker), who was an undergraduate and graduate student for Medill is really into it, so we couldn’t be in a better place to hit the hundredth.”

Medill’s Centennial year, which is planned to feature guest speakers and celebrations across all of University campuses and major alumni clubs, stands in stark contrast to Medill’s 50th anniversary. Boye, a student at the time, remembers the date going completely unnoticed by the faculty.

“It’s a pity,” Boye said. “If Medill had its act together, they could’ve invited Eddie (Doherty) to campus to have a discussion about the creation of the school.”