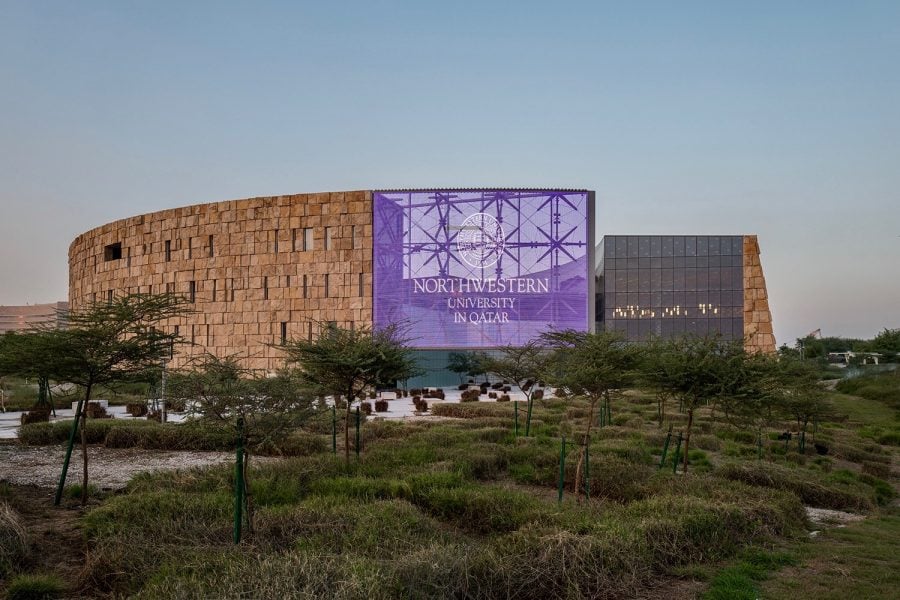 Northwestern University in Qatar canceled an event over the weekend featuring a prominent Lebanese band whose lead singer is openly gay, following online backlash to their appearance.

NU spokesperson Jon Yates said the University and band “mutually agreed” on the decision to cancel the Qatar campus event. The talk is planned to be rescheduled on the Evanston campus.

Yates added that the decision to relocate was made “out of abundance of caution due to several factors, including safety concerns for the band and our community.”

“We hope that event will facilitate a larger discussion around the ideas that drive the band’s art and music,” the statement read, “and about aspects of civil liberties and freedom of expression that are not always open to such discussions in all parts of the world.”

The event’s cancellation in Doha led to a number of NU-Q students and faculty members expressing their disappointment on social media.

Others also began using a separate hashtag roughly translating to “we welcome Mashrou’ Leila” in response.

“Hosting the event in Evanston isn’t the same as hosting it here,” one student tweeted. “A sad day for freedom of speech and the fight for equality. It’s unfortunate that in this day people still choose hate over peace & coexistence.”

“‘Don’t look to us for the inclusivity Northwestern University says it holds dear,'” Martin said of the message being sent by NU-Q in canceling the event. “‘And don’t look to us to stand up for freedom of expression, either. You need to leave and go to Evanston for that.'”

One Qatari journalist tweeted Friday that they had contacted the Qatar Foundation about the talk and were told that the organization was in contact with NU-Q about stopping it, and that the event contradicted its mission. The organization founded NU-Q in partnership with the University, and also helped bring the other five American universities in Education City to Doha.

The Qatar Foundation did not respond to request for comment.

Mashrou’ Leila has dealt with homophobic backlash at other events in the past. When concert-goers at one of the band’s 2017 shows in Egypt waved pride flags during their performance, more than 70 were arrested in one of the largest crackdowns on the country’s LGBTQ community in years.

In a separate event this July, Lebanon’s Byblos International Festival canceled a concert by the band following calls from church leaders accusing the group of blasphemy, as well as death threats directed toward members on social media. The festival’s organizers similarly cancelled the performance “to maintain security and stability.”

In 2017, however, after an event with the band in Amman was cancelled, the group’s lead singer Hamed Sinno spoke out about homophobic backlash to the group’s scheduled performance at the time.

This story will be updated with additional student comment.