Evanston residents canvass for 2020 candidates in Iowa ahead of caucus 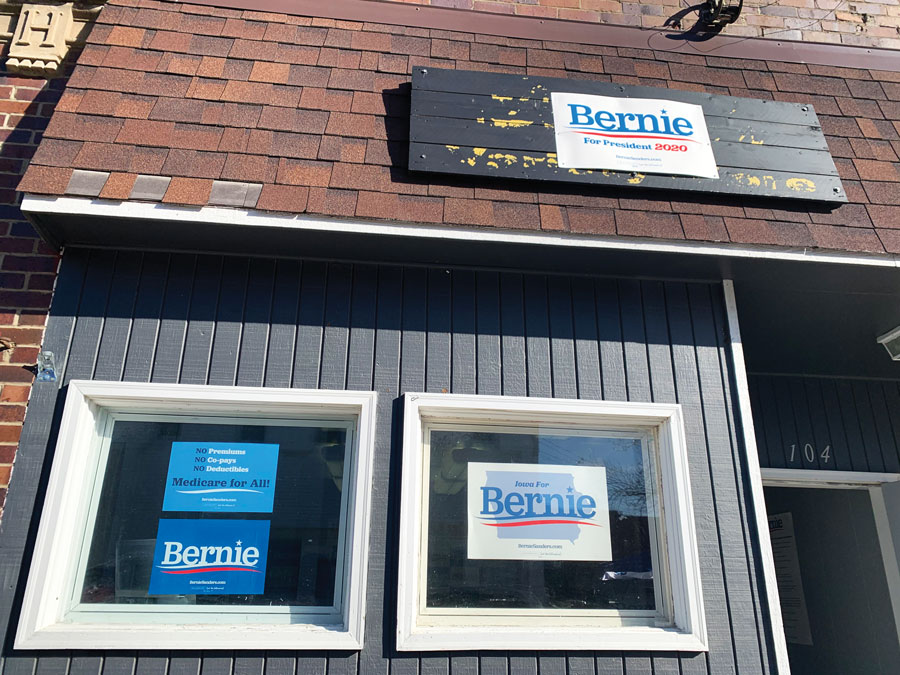 All eyes are on the state of Iowa, where the caucuses could shift the tide of the Democratic presidential race.

The Iowa caucuses, considered one of the most important stages in the presidential primaries, are the first time Americans can demonstrate their support for the 2020 candidates on a national and official scale. The results from Iowa are typically indicative of which candidates’ message resonates with voters, and have historically predicted the eventual nominee. Since 1976, six eventual Democratic nominees have won Iowa, including Barack Obama, John Kerry and Al Gore.

In recent weeks, Evanston residents campaigning for several Democratic candidates traveled to Iowa in an effort to get out the caucus and attend last-minute rallies to hear what the candidates had to say to their constituents.

Genevieve Fleming, an Evanston Township High School junior, said she visited Iowa Jan. 16 through 19 as part of a trip for students taking a civics course. Though she’ll only be 17 years old by Election Day in November, Fleming said she believes it’s important for people to see young folks organizing on the ground.

Fleming canvassed in Iowa City for Democratic candidate Andrew Yang, an entrepreneur gaining traction among young voters and rising in recent polls. She said she attended a town hall where Yang spoke about his plan to implement his Freedom Dividend, a version of universal basic income that would distribute $1,000 a month to all U.S. citizens over the age of 18.

“(Yang) talked a lot about how that plan could help reverse the gender wage gap,” Fleming said. “I liked that idea because no one else is speaking about that at the moment.”

Meg Welch, a volunteer organizer for U.S. Sen. Bernie Sanders (D-Vt.), said she has supported Sanders since his 2016 presidential campaign and is canvassing for him in Bettendorf, Iowa ahead of the caucus.

Welch is currently running on the ballot to be a pledge delegate to represent the 9th District of Illinois at the Democratic National Convention. She said she supports Sanders because his message and platform have been consistent for the last 40 years.

“Healthcare, education and housing are human rights,” Welch said. “Our system really needs reform in order to ensure those to all Americans.”

Trisha Connolly, a teacher at Evanston/Skokie District 65 Washington Elementary School and member of Evanston Educators for Bernie Sanders, said she went to Muscatine, Iowa for two days last weekend to canvass for Sanders. She said she previously canvassed for Sanders in 2016 in Evanston and enjoyed the experience.

“It’s very eye-opening and special to talk to people face-to-face, because the conversations are not necessarily all about the candidate, but about focusing on what people care about and what matters to them,” Connolly said.