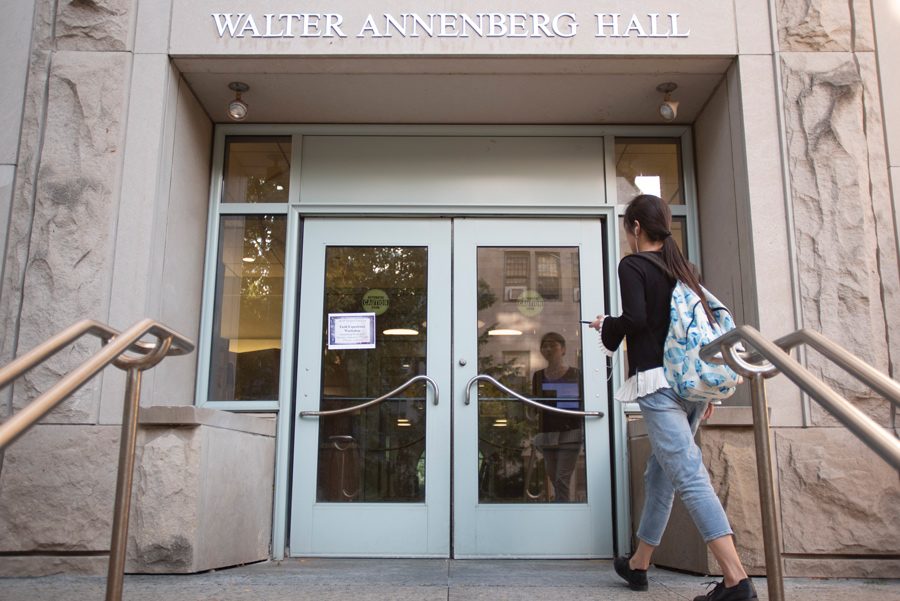 Walter Annenberg Hall, home to the School of Education and Social Policy.

Northwestern students and faculty are preparing to ensure as many people as possible in the community are counted in the 2020 census.

University outreach and involvement in the census is especially crucial this year, as it is the first to be available online. Between March 12 and 20, every United States resident will receive a letter inviting them to fill out a census form online. While the University is responsible for counting students living in on-campus housing, there is a big concern for students living off-campus as they have to navigate filling out their first census on their own.

NU’s Center for Civic Engagement launched just before the previous census occurred, so 2020 will be the first year that the Center will work with campus partners to secure resources and ensure everybody is counted. Director Robert Donahue said the Center has been preparing for the census since Spring 2019. They hosted a conference for representatives of college campuses across the Chicago area to discuss the important role that colleges and universities will play in ensuring an equitable and complete count in the 2020 census.

Donahue said the digitization of the census form will change how people engage with the census and invariably have an impact on response rates. He added that the Center is making a special push to ensure the state has a complete, comprehensive count.

“We all have a responsibility to get educated on what’s going on and make sure folks know how to respond appropriately,” Donahue said. “The census is really important in terms of where federal dollars go to different communities. If we have a significant undercount, it could really disadvantage our own community.”

Weinberg junior Katherine Daehler, a fellow at the Center, said she has been providing general program support for marketing and outreach as the Center transitions to focus on support for the census. She said the Center is still in the early planning stages for the census, but they’re having conversations with administrators in government relations to understand the University’s approach to engaging the local and broader NU community in the census.

“While the census isn’t necessarily a regular part of (civic engagement) like voting — it’s a once in 10 year thing — it’s a big deal and a big part of your civic responsibility because of all the consequences with the (undercount),” Daehler said.

SESP Prof. Dan Lewis, former director of the Center, is leading the effort to create learning opportunities for NU students by teaching a class this quarter called “Saving the Census.” The class is designed for students to pinpoint a demographic in danger of being undercounted in the census — undocumented immigrants, communities of color and off-campus residents. The students will break up into small groups for their final project, he said, which would each pragmatically develop methods to reduce the undercount in different endangered communities, such as door-to-door canvassing.

Lewis said he was inspired to teach this class because the U.S. Census Bureau is already under financial, political and statistical constraints to reduce the undercount, so he was excited to see the role college students could play in increasing participation. He said it’s important that his students are engaging in face-to-face communication with vulnerable communities, because public service announcements from the Bureau don’t attract enough attention.

“None of this is easy, because it’s always the second or third thing on your priority list,” Lewis said. “So we’re trying to raise its visibility.”