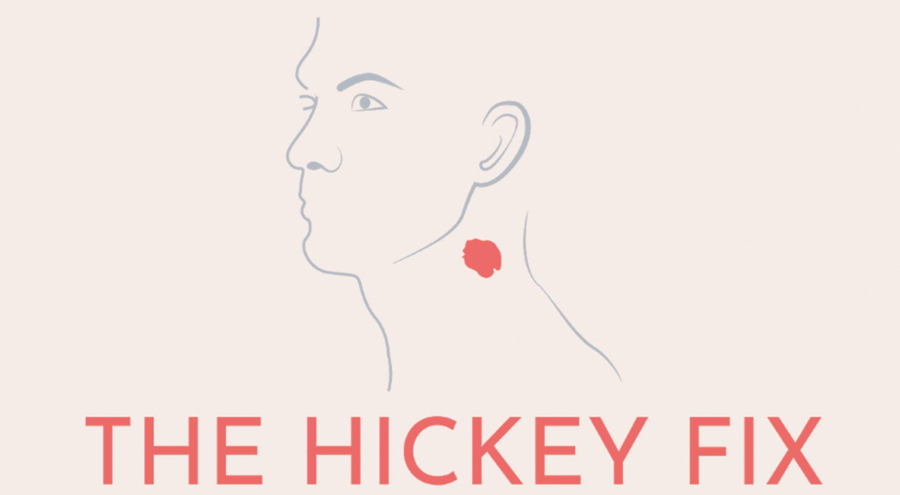 Courtesy of The Hickey Fix

The Hickey Fix is a student founded startup that aims to create a new solution to an embarrassing problem.

A hickey on Will Paschke’s neck was the inspiration for a contest-winning startup idea.

“It was huge, man. It was so embarrassing,” said Jack Parker, a Weinberg sophomore who co-founded “The Hickey Fix,” a startup focused on finding a new approach to covering up hickies, or blemishes left on a person’s skin after an intense kissing session.

The idea came about last year when the four freshmen started brainstorming ideas for the EPIC Launch program, an incubator program that introduces students to entrepreneurship. Each team in the program formulates their own startup idea and competes on the final day for a prize of $200.

“He turned up with humongous hickey on his neck. He looked ridiculous and we thought ‘you know what? That’s actually a problem,’” Parker said.

The idea was creative enough for the team to win the contest.

According to Parker, most people do not know how to effectively use makeup to cover up hickeys. In fact, the idea was originally targeted to men, who Parker said are usually less knowledgeable about the application of cosmetics. But after testing and interviews of approximately 50 subjects revealed that 78 percent of women said they were unable to adequately use makeup to cover up a hickey, the team realized their product would be applicable for all genders.

Parker said in addition to makeup, turtlenecks and the “cold spoon” method are all examples of how people with hickeys are forced to use products differently than their original intention in order to solve the problem.

“There are all these little ways of (covering) it but none of them are actually designed for someone who has a hickey,” Parker said. “They are all adapting other sorts of processes to cover up a hickey.”

The team also found that 88 percent of those interviewed sought a new solution to covering up hickeys.

“We would sort of just walk around (Sargent) and other dining halls, especially on the weekends, and — you’d be amazed — literally every time we were in there actively looking for test subjects we would find at least two or three people just by one round walking around,” said Paschke, the startup’s co-founder and initial test subject.

Paschke also said he found many people with hickeys at the Henry Crown Sports Pavilion, whom he would approach and offer them assistance in covering up.

“I’d be in there working out and I’d see a guy with a hickey and I would, for the whole quarter, just walk up to them and be like, ‘Hey, I’m working on this project that is actually aiming to help guys get rid of hickeys, would you mind if I tested out a prototype on you?’” Paschke said. “They were almost always like, ‘Yeah that sounds great, I really need to cover this up.’”

Since winning EPIC Launch, The Hickey Fix pressed pause on the project and lost two members, but is being revamped this quarter by Parker and Paschke. Though they have not formally decided on an approach, Parker said they are looking into using materials and processes such as a silicone, biocompatible adhesive that can be colored to create a custom solution for each individual user.

Neither of the sole two team members are chemistry or engineering majors, so they are currently looking for “someone with materials, chemistry or design expertise” to join the team. Those interested are encouraged to reach out.

But not everyone on campus agrees that The Hickey Fix’s potential solution is needed.