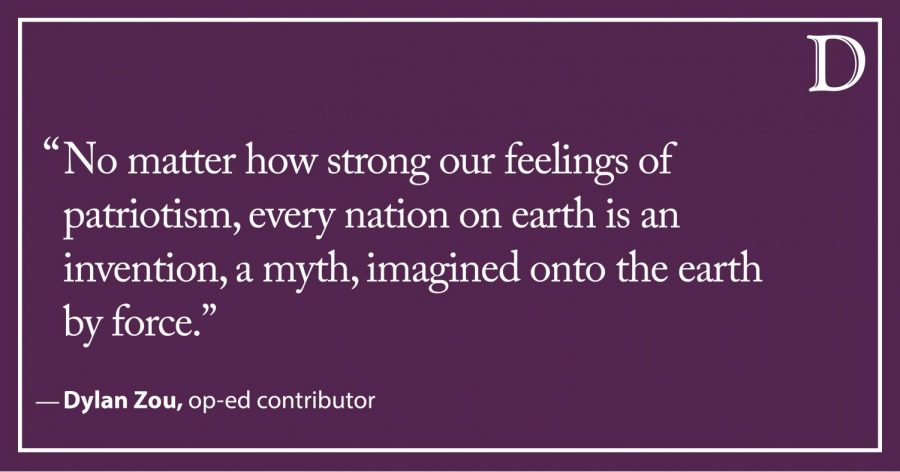 With the recent re-election of right-wing leaders like Narendra Modi and Benjamin Netanyahu, nations all over the world are falling victim to nationalism. As citizens of the world, how do we confront this ideological shift?

To confront nationalism, we must confront the nation itself. We tell ourselves stories about the past to enshrine a transcendental feeling that nations are something more than ourselves, despite the socially constructed nature of the nation. No matter how strong our feelings of patriotism, every nation on earth is an invention, a myth, imagined onto the earth by force.

Take Israel. It was imagined by the ideology of Zionism and forced into reality after the violent removal of Palestinians in the Nakba by Zionists and imperialists. Israel would have been unimaginable 100 years ago, when Anti-Zionist Jewish groups such as the Bund were large and popular.

Though nations may be constructed political entities imagined continuously into reality, they are not necessarily bad things. A nation can provide a sense of security and belonging to people, and a nation may be a motivating force to which complex social organizations and distribution may be structured. Nationalism based off of interests to gain equal recognition for an oppressed group, as in the case of the national liberation movements, was instrumental to decolonization.

The nation, alongside a state, produces certain interests which weds certain groups and classes to a nation. When a state has a bureaucracy and a military, they employ people which beholds them to the interests of the state. This is why you often see militarism and nationalism intertwined together politically. The nation must tie its constituency into its own institutional existence or else the legitimacy of the nation falls apart.

In cases where nationalism is wedded to the institutional dominance of a particular group, often the interests of the richer, majoritarian bloc of people, nationalism must result in reactionary politics. This can be seen in the cases of European and American nationalism, where nationalism is not based off of politics of equal recognition, but rather in xenophobia and chauvinism. By asserting the legitimacy of the American state even if one is critical of nationalist demagogues, one must necessarily also be complicit in nationalist projects such as American imperialist military-industrial structures, and racist domestic legal systems and policing. Patriotism and civic nationalism must have a reciprocal relationship with national chauvinism.

Because fascists’ prime directive is to defend the nation at all costs, they must confront the socially constructed nature of the nation. It is thus a natural progression that any form of nationhood aimed at reinforcing the interests of a dominant group, even if liberal in ideology, will bring about the fascist imagining of the nation as mythological, objective in existence, trans-historical and transcendental. Describing a nation as a contingent historical phenomenon undermines the fascist’s attachment to a nation as an objective entity, which is why fascists create myths about nations.

This is why Italian fascists are fixated on Rome, and Nazis are obsessed with Germanic paganisms despite the historical discontinuity of those cultures with modernity. This is also why Zionists attempt to naturalize the existence of Israel as inextricably tied with Judaism in nature through both secular ideals and religion regardless of the history that the region accommodated cohabitation of various ethnicities, and regardless of the existence of anti-Zionist Jews.

To fight fascism, we must create a new ideological space in which we recognize that people are not their governments, and not their nations. Israel is not the Jewish people, China does not represent all Chinese and American imperialism is not the American people. When we think about the nation as ephemeral and material, instead of essential and transcendental, we turn relationships of exclusivity into relationships of inclusivity. The other is not inherently opposed to us, it is us who chooses to oppose the other.

Dylan Zou is a Weinberg freshman. He can be contacted at [email protected] If you would like to respond publicly to this op-ed, send a Letter to the Editor to [email protected] The views expressed in this piece do not necessarily reflect the views of all staff members of The Daily Northwestern.