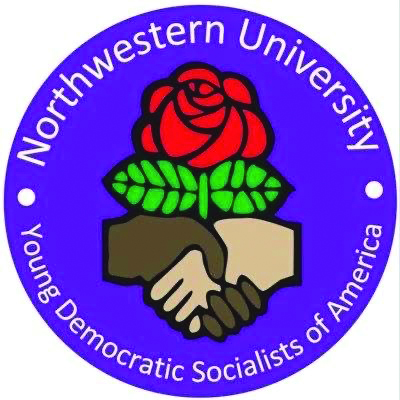 Before coming to Northwestern, Communication freshman Dylan Zou was already reaching out to other students with progressive politics via Twitter. By the end of his first quarter on campus, Zou, who is a Daily op-ed contributor, was part of a group of students that started a new political organization — the Young Democratic Socialists of America.

The Northwestern University Young Democratic Socialists of America formed as a space for leftists on campus to unite and share ideas. Though there has been a YDSA presence on campus in years past, this year’s YDSA chapter is the first to register as an official student organization.

“We wanted to create an ideological space, discussion space and maybe even a social space for leftists on campus,” said Zou, an organizing member of YDSA.

In the coming weeks, many YDSA members are getting involved with U.S. Sen. Bernie Sanders’s (D-Vt.) 2020 presidential campaign, with some members traveling to Iowa as the caucus approaches.

“The YDSA does not officially support Bernie,” Zou said. “But we do have a large contingent that does a lot for his campaign.”

Though the national chapter of Democratic Socialist of America officially endorses the Sanders campaign, the YDSA at NU wants to remain open to all progressives, no matter who they support, Zou said.

Alex Harrison, a Medill freshman and YDSA organizing member, said the organization represents students with a variety of political beliefs, ranging from progressive democrats to anarchists.

“What unites us is a desire to change something fundamental and a willingness to put action forward to affect that change,” Harrison said.

To Harrison, YDSA is unlike pre-existing organizations because it represents multiple ideological perspectives and lacks a party affiliation. Zou said YDSA represents the group of students who politically identify to the left of College Democrats.

“We’re by no means a competing organization, and we see a lot of opportunities for collaboration,” the Weinberg junior said.

In the future, Harrison hopes YDSA will grow as an organization, educate the student body about socialism, and partner with other activist groups on campus.

“We want to get the word out that we exist and we want to be active here.” Harrison said. “If you have even a passing interest, or if you want to learn, we want to talk, and we want to educate you about what socialism is and what it looks like.”

This story has been updated to include that Dylan Zou is an op-ed contributor for The Daily.