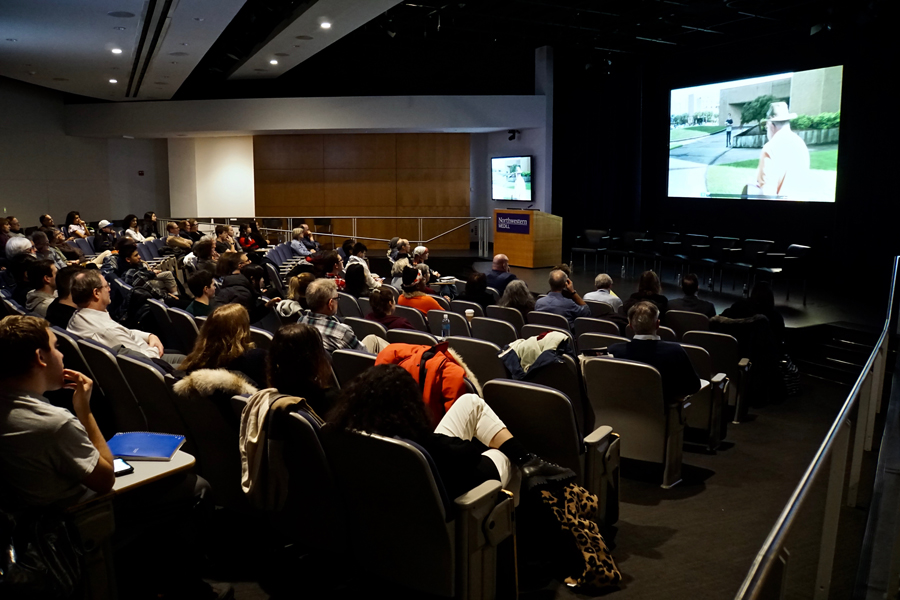 Panelists discuss “Rigged: The Voter Suppression Playbook” and the effects of voter disenfranchisement on upcoming elections.

The event was hosted by Medill Prof. Jack Doppelt, Mac Heller, creator of the documentary, and Wisconsin state Sen. Lena Taylor, (D-Milwaukee) who is running for mayor of Milwaukee. The audience consisted of staff, community members and students, some of whom attended as a part of Doppelt’s class.

The movie followed the “playbook” used by Republican lawmakers to suppress votes across the country. Narration by Jeffrey Wright explained the steps taken to disenfranchise black and Latino voters after Obama was elected in 2008. This inspired action from right-wing politicians who they realized the scope of votes by marginalized communities.

Medill Dean Charles Whitaker introduced the event, discussing the dangers of voter suppression and the importance of raising awareness on the issue.

“No matter what side you are on, not enough can be done or said to raise awareness of this issue,” Whitaker said.

The movie also discussed tactics used to suppress voters such as gerrymandering, the reorganization of districts to benefit a certain party or incumbent. Populations of color are “cracked” into fragmented districts so they don’t have a unified voice or “packed” into one district in order to minimize left-wing votes.

“It can be the most insidious danger to our democracy,” said founder of Fair Count and previous Georgia gubernatorial candidate Stacey Abrams in the film. “There’s an attempt to restrict voter access.”

“Rigged” also examined the voter identification laws that some states passed which have made it more difficult to vote. According to the film, these laws disenfranchised voters who do not already have driver’s licenses or don’t have access to the identification required by new laws.

“If you don’t have access to get the ID, if that’s a hurdle that you cannot jump,” Taylor said, “then it’s almost equivalent to a poll tax.”
The panel analyzed the movie from a multitude of professional perspectives, including professors, lawyers, politicians and film makers. They answered questions about ways for individual citizens to get involved.

Heller said the best tactic to counter voter suppression and gerrymandering is education and discussion on the topic, litigation and registering voters. The panelists emphasized that it doesn’t matter how someone will vote, just that every individual has access to the polls.

Medill junior Sophie Davis, one of Doppelt’s students, said she left feeling frustrated about the prevalence of voter suppression. She said although she sometimes feels cynical about the political process she is reaffirmed in the importance of voting.

Taylor said she appreciates all the individuals who put the movie and the screening together. She encouraged the audience to take ownership of this issue and get involved by volunteering with election protection, spreading awareness and even setting up public screenings of “Rigged.”

“We are the ambassadors of this,” Taylor said. “No one is coming. Ask yourself what more am I doing? I am the change.”