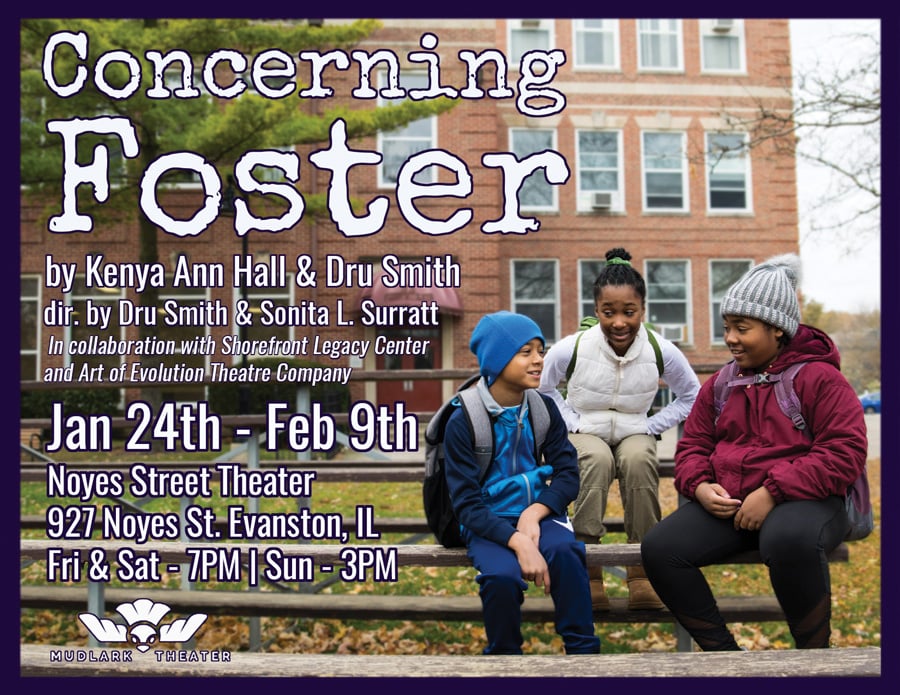 “Concerning Foster.” The new play will premiere at Mudlark Theater in Jan. 24.

In 1976, Evanston’s only all-black school closed its doors. With its new production “Concerning Foster,” Mudlark Theater is bringing its story to life.

The new play, written by Dru Smith and alumna Kenya Ann Hall (Communication ’15), recounts three specific events in Evanston history and explores the case of Foster School, the district’s only all-black school, which closed in 1976. “Concerning Foster” will run from Jan. 24 to Feb. 9 at the Noyes Street Theater in the Noyes Cultural Arts Center.

As part of the research process for the play, Mudlark collaborated with Shorefront Legacy Center, a historical center that chronicles the black experience on Chicago’s North Shore. The Playwrights also spoke to several former Foster School students, parents and teachers.

“I really loved the interview process because we were going straight to the sources to hear and learn about these stories of history,” Hall said. “By spending time with the actual sources and learning about how this compares to kids’ school experiences today, I know that I am writing something that sounds authentic to their voice.”

The majority black cast combines youth actors from Mudlark and The Art of Evolution, a local theater company and enrichment program for children of color. Mudlark Theater’s artistic director Andrew Biliter said the theater company has an interest and commitment to equity, diversity, and inclusion.

Biliter said he hopes to continue telling stories of Evanston-specific issues in future shows. Since partnering with The Art of Evolution, he’s realized a growing appetite in the Evanston community to discuss issues such as racial identity in Evanston, equity, microaggressions and current events.

“As a white-led theatre organization, we have the lengths to work with different artists of color, but it’s not in any way our story to tell,” Biliter said. “We listen to what people want to hear stories about and we make ourselves a platform for that.”

Biliter added that youth theater companies have a rare opportunity to tell stories that feature young people. He said Mudlark Theater was interested in the challenge of a story in which decisions were being made for young people — by forces they can’t know or see.

Bilter said this story of Foster school is “complicated,” and weighing the good of integration against the disruption and pain that can be caused by the way that its executed and who gets to make those decisions is challenging. Biliter hopes that audiences will leave the show reflecting and continuing this conversation about desegregation in Evanston’s history.

“Our goal is to bring life to this history that as an Evanstonian growing up here, I didn’t learn and wasn’t taught,” Biliter said. “This is a story that’s important to a lot of people. They wanted this story to be told and they want it told right.”