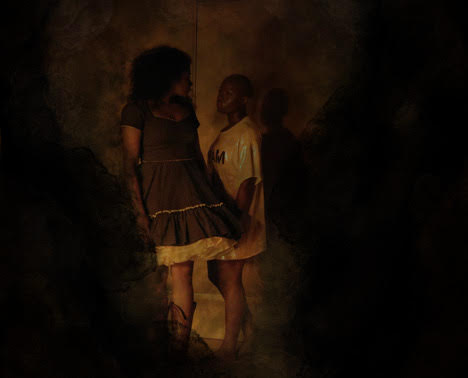 When I asked theater director Daniel Fish (Communication ‘89) what attracts him to taking a fresh spin on a classic work, he stopped me in the middle of my question.

“This notion of putting a fresh spin is something I really take issue with,” Fish said. “You’re always making something that’s new, how could you not? It’s the core of what we do. People always ask me that question and it makes me want to set my hair on fire.”

Fish approached his latest production, a revival of Rodgers and Hammerstein’s “Oklahoma!” in the same way. After over thirty years directing regional and international theater, Fish made his Broadway debut in 2019 with his acclaimed take on the classic musical.

The show premiered April 7 and closed Jan. 19, with a national tour planned for Fall 2020. The production was nominated for eight Tony awards and won two, including Best Revival. Fish himself was nominated for Best Director of a Musical.

“It wasn’t something I expected,” Fish said of directing a show on Broadway. “On some level it’s something a lot of directors imagine doing, I certainly didn’t. Lately my works have become as far from what I think Broadway is as possible. So I was surprised and happy, and continue to be happy that it’s there.”

Fish grew up in New Jersey, and found a young passion for the arts when his parents took him to New York City to see plays. He grew up with the musical “Oklahoma!”; his parents would play the songs at home.

Fish moved away from home and found a new one in Northwestern’s performance studies program. He explored all his opportunities, which included “bullying” his way into graduate-level classes and directing experimental theater. His junior year, he directed a site-specific version of “Our Town,” where Act One took place at Ryan Field (then Dyche Stadium) and the actors had to run across the field to shout their lines at the audience, Act Two took place at a church in Evanston, and Act Three took place on the Lakefill. The audience shuttled around in a bus between acts.

Dexter Bullard (Communication ‘88), current head of graduate acting at DePaul University and a director in Chicago theater, acted in “Our Town” his senior year. Bullard met Fish in an intro-level directing class where they began collaborating artistically. According to Bullard, they still compare notes on every project they do to this day.

Bullard said in college, Fish was dark and evasive, but also innovative and curious, with a rich sense of humor and a talent for getting under people’s skin. Both social and a loner, Fish focused on his own path and didn’t follow any trends, but also proved to be a magnetic leader.

“Daniel is a very accomplished leader of people in a room. Once there’s a mission at hand, he’s very single-minded about that,” Bullard said. “He’s very excited about doing ambitious projects, and putting people’s best work into ambitious projects.”

After graduating from college, Fish worked as an assistant director at the Shakespeare Theatre Company which he described as his version of grad school. For 15 years after that, he worked as a freelance director staging productions of classics, as well as directing shows in Germany.

Fish also directed at Bard College, most of his time at the school’s SummerScape arts festival. At Bard, his production of “Oklahoma!” first took shape in 2007. Fish came up with an idea for an immersive dinner-theater style version of the musical –– an element upheld in the 2015 run at Bard SummerScape and the Broadway production, which includes dining tables as seats for the audience and has crew members serve chili and cornbread during intermission.

Mallory Portnoy has played Gertie Cummings, a romantic rival for the female lead Laurie, since the 2015 run at Bard. Portnoy said Fish always brought new concepts to the table, and the rehearsal process consisted of him throwing every idea he had at the performers to find what worked best. He never rested on his laurels, continuing to develop the show with each new iteration.

Portnoy is working on Fish’s next production, a Bard Summerscape staging of 1956’s “The Most Happy Fella,” which Fish described as another “rethinking” of a classic American musical. Portnoy said that Fish has a community of collaborators he’s very close to, and although he can be a perfectionist, he’s always ready to offer praise to the people he works with.

According to Fish, the show has taken on new shades as it has gone through its production history and new political contexts have informed it. When the show started in 2007, the country was in the waning days of the Bush presidency. When the Bard College production was remounted in 2015, the country had just passed the marriage equality act. In 2018, it premiered at St. Ann’s Warehouse around when Brett Kavanaugh (or “that f–ker,” as Fish called him) was nominated for the Supreme Court.

Over his years working on the production, Fish realized the musical was more thematically complex and relevant than he had thought. He said although many people view his darker, intimate production of “Oklahoma!” as a “reinterpretation” of the musical, with fresh character dynamics and a morally ambiguous ending, he dislikes that description. The theme that attracted him to the piece has been there since the first performance in 1948 – the dark side of American community.

“It was a show I’ve known for a long time,” Fish said. “I thought I knew it, and when I got into it I discovered there was a more nuanced and more complex story, a story about the nature of community, and the need of the community to make an outsider in order to define itself, the violence inherent in that, the blood that gets spilled in the making of the community. How deeply that kind of theme runs in American history, and how present it still is.”