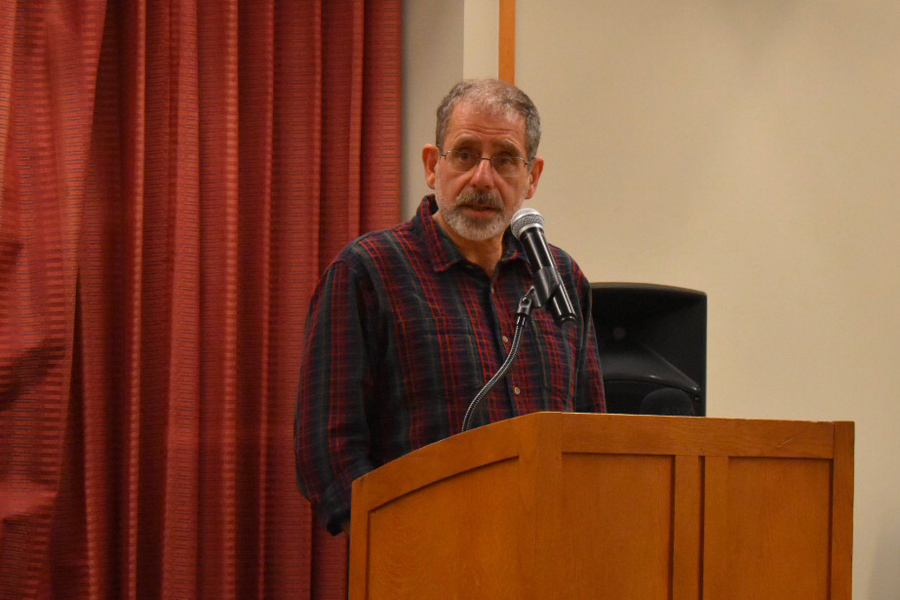 Rising tides of activism and authoritarianism are clashing in one of the largest waves of nonviolent mass movements in world history, said moderator and assistant director of International and Area Studies Danny Postel. In the panel and Q&A, professors from Northwestern, University of Illinois at Chicago and DePaul University examined mass movements in Lebanon, Chile, Hong Kong, India and Iran for an audience of about 150 community members.

Librarian Lorena Neal said she hopes the panel will inspire Evanston residents to consider how their actions affect change in their communities. Neal said Martin Luther King Jr. warned against prioritizing order over justice in his “Letter from Birmingham Jail.”

“The Martin Luther King holiday… (has) often provided an occasion for diluting his radicalism in favor of a more sanitized legacy,” Neal said. “In all of the celebrations … to judge others by the content of their character and not the color of their skin, it’s easy to forget that in 1968, shortly before his death, Martin Luther King had a public disapproval rating of 75 percent in the United States.”

The panel discussed movements that fight for justice across a broad spectrum of socioeconomic issues, from economic corruption and mismanagement to failed democratization and sectarianism. In India, protests have taken a distinctly political shape, DePaul professor Shailja Sharma said.

To understand the movement in countries like India, Sharma said individuals need to understand the protesters’ identities. Broad swaths of the country have formed unlikely coalitions to provide intersectional support for the repressed Muslim minority in India, she said.

“An extremely diverse group of people… in terms of religion, age, background and origin (are protesting),” Sharma said. “This profile has made it very hard for the government to push back, because they don’t know which buttons to push to divide this crew.”

Postel said America plays a role in the unfolding narrative of global activism, as groups have mobilized to support progressive causes in the past decade. He said last weekend’s Women’s March, youth environmental activism and the March for Our Lives were examples of high turnout generating change.

However, audience member Elise Auerbach said she feels American activism often fails to achieve the scale of disruption produced by protests in, for example, Hong Kong and Lebanon. She said while Americans turn out to protest in large numbers, they don’t succeed in actually impacting government officials, so a wide segment of the population remains “complacent.”

“I go out to some of these protests, myself,” Auerbach said. “You march around with the sign, you chant and you go home.”

DePaul University professor Kaveh Ehsani said many protests today are lacking a vision of “utopia” around which to mobilize. He said American protests need to envision an alternative future that challenges the status quo.

A successful protest, Ehsani said, will generate bottom-up solutions instead of asking for people in power to implement incremental, top-down changes.

“We need to think of alternatives collectively,” Ehsani said. “That comes from street protest. It won’t come from Davos (World Economic Forum), or corporate elites or political elites simply discussing it. It has to be built as a grassroots movement.”

Correction: A previous version of this story misstated the title of the Center for International and Area Studies. The Daily regrets the error.