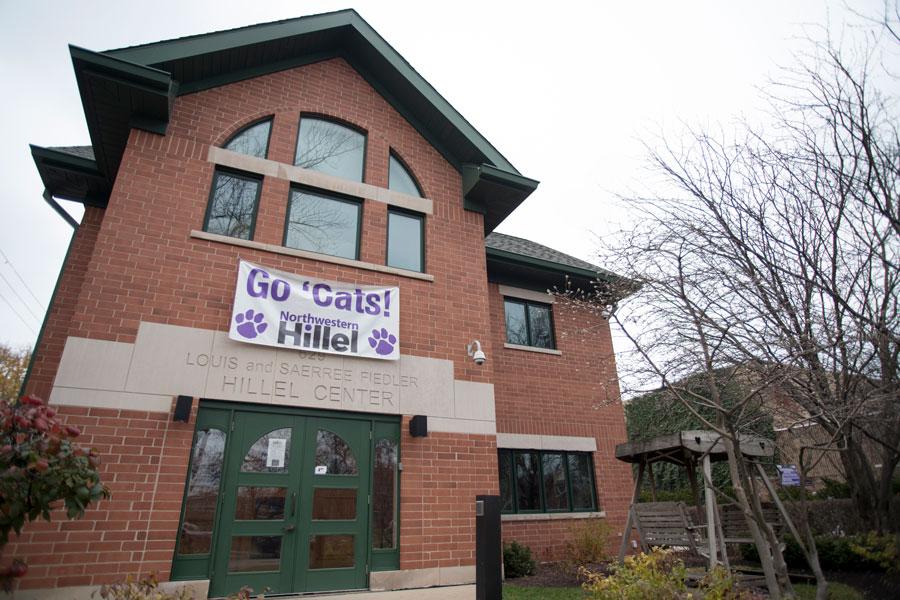 The Northwestern Hillel building at 629 Foster St. prior to renovations. Hillel and other student religious organizations are adapting their programming to the pandemic.

Bernstein’s duties included leading religious and spiritual life on campus for Jewish students, but many felt his impact on campus went beyond that. He spearheaded initiatives relating Jewish life to social justice and mindfulness, added creative activities during holiday services and much more.

“I hope that students are able to recognize that Judaism is very flexible and robust, and can survive academic inquiry and change,” Bernstein said. “There’s no such thing as one Judaism but rather many different Judaisms, and I hope that more students feel that they can be part of the ongoing conversation of what is this tradition that we’ve inherited.”

Northwestern Hillel executive director Michael Simon, said he has witnessed the impact Bernstein has made on many people’s lives of many people through his teaching. He noted Bernstein’s ability to take creative approaches to celebrating the holidays through activities like making edible Torahs,making  the holidays feel more relevant to students.

Simon said Bernstein has gone above and beyond his job as campus Rabbi, and has formed relationships with people and other faith organizations outside the Northwestern Jewish student community. Families have asked him to perform marriage ceremonies and funerals because they see him as their community Rabbi, Simon said.

Bernstein has taught a course called Breathing Torah, which allowed students to talk about Judaism in connection with mindfulness.

“He helps students to sometimes just slow down and remember that you’re not just here to rush through and … do all the activities,” Simon said, “but also to take some time for yourself to really think about who am I trying to become and what really is important to me.”

Weinberg senior Abigail Wolfe, a member of the Hillel student executive board, has worked closely with Bernstein on several of his initiatives.

“He is such a kind human being,” she said. “He’s really compassionate. He really cares about his students so in that way he’s always had a really profound effect on me.”

Bernstein said he is confident that after his departure, Jewish life at Northwestern will continue to prosper.

“One of the goals of being campus rabbi, I think, is to make oneself no longer necessary,” he said. “It is a sign of a healthy, robust community when individuals can leave and the place can continue to function.”

Bernstein said he hopes to move to the West Coast to be closer to his family, but will be at Northwestern Hillel through the end of this academic year.

“For any student I haven’t yet gotten the chance to meet,” he said, “if you happen to read this, and want to talk about Judaism, your life, something that you are struggling with or thinking about, I love sitting down and getting to talk so I hope people come and meet with me while we still get to share some time on this campus.”