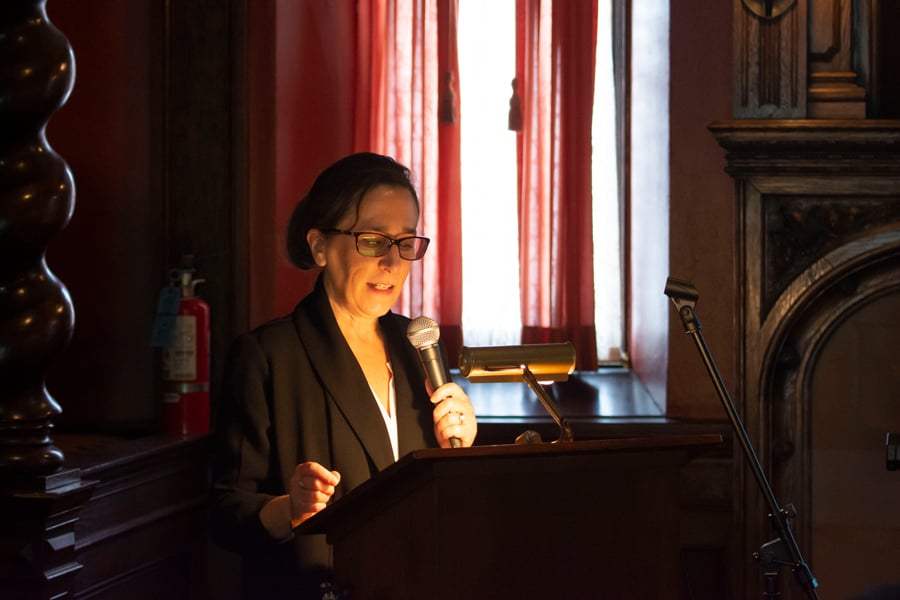 Historian Jenny Thompson emphasized the human side of history during her Monday book presentation about the Northwestern University Bursar’s Office Takeover at the Evanston History Center.

Thompson, the center’s director of education, wrote “The Takeover 1968,” released in June 2019, and presented the book to commemorate Martin Luther King Jr. Day. Less than a month after King was murdered, students presented a list of demands to University officials to promote racial equality. However, about two weeks after that, students felt the University still hadn’t addressed their concerns, and on May 3, 1968, the takeover of the Bursar’s Office began.

After 38 hours of peaceful sit-in demonstration, black students and NU officials reached the so-called “May 4th Agreement.” The agreement had a lasting impact on NU, from the development of the African American Studies Department to its direct role in prompting the establishment of the Black House.

Thompson said the students’ demands and subsequent protest were directly inspired by King’s legacy after his death.

“(King) challenged the capitalist system, he opposed violence and militarism, and of course he fought against racism and segregation,” Thompson said. “He worked to challenge the ideologies and systems of injustice.”

When writing her book, Thompson interviewed many prominent figures from the 1968 sit-in, including James Turner, a lead negotiator in conversations with administrators.

Thompson said the Takeover was the culmination of years of black students’ frustration all coming to a tipping point.

Sally Schreiner Youngquist (Weinberg ‘73) attended the event because she has always been interested in student activism. She said she appreciated the ability to gain insight into the event, which occurred just about two years before she set foot on campus.

Youngquist also said she was thankful the altercation didn’t result in violence, and instead created positive change that would affect the school for years to come.

“It was courageous and insightful… (University officials) agreeing to the fact that Northwestern has been a largely segregated institution and that it was high time for change,” Youngquist said.

Thompson also shared the story of Venice Deese, the guard on duty when students arrived to take over the Bursar’s Office. As a black security guard, Deese had been attacked by white students in the past. She said Deese stalled while students entered the building, and didn’t actively attempt to stop them.

Jill Kirk, the director of development at EHC, said the center hosted the event with the hope of letting local residents know more about the history of their home. She said it was important for members of the community to hear about Thompson’s book and creative process directly from her, because it adds another dimension to the narrative.

“(Thompson) is a fabulous historian, she brings (the story) to life, ” Kirk said. “People know part of the story, but until you actually hear it from her, it takes on a different meaning.”