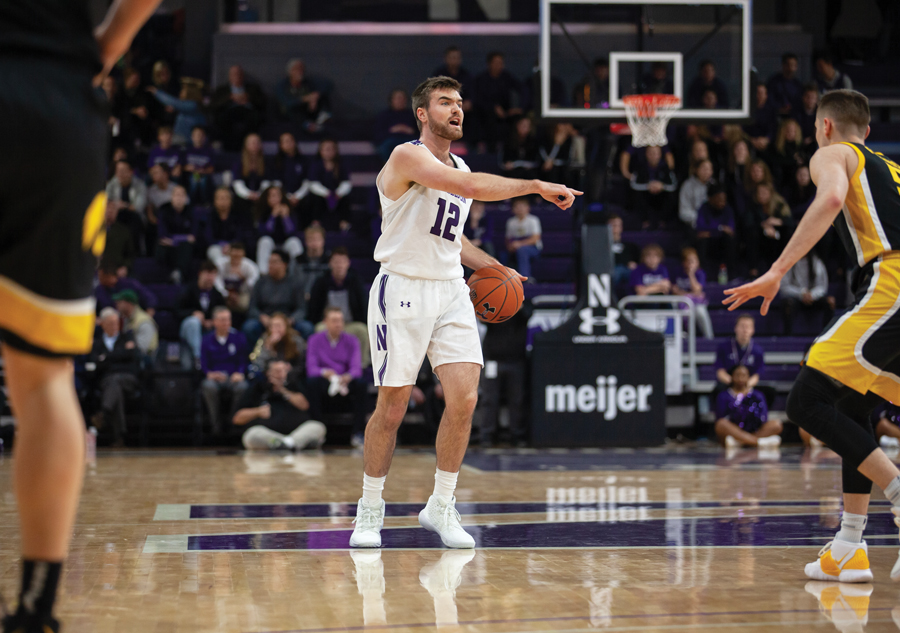 Northwestern entered January facing a slate of Big Ten games that promised to be brutal. Then the schedule –– which included four games over a recent 10-day span –– lived up to its billing.

The Wildcats (6-10, 1-5 in Big Ten) took steps forward by winning their first conference game versus Nebraska and nearly upsetting Indiana on the road. But NU’s workload showed in their final game of the stretch, a loss Tuesday to Iowa.

“In the second half (Tuesday), we were gassed,” coach Chris Collins said. “We were hanging around, but we could never find the energy and the fight that’s needed to beat a team like Iowa.”

Against the Hawkeyes, the Cats surrendered 27 points to center Luka Garza and struggled to stop him in the second half. The majority of his points came after the break, and turned a tightly contested game into a blowout.

The Cats have three days off and will have a chance to recover for Saturday’s road matchup against instate foe No. 24 Illinois (12-5, 4-2).

Jump-starting the offense will be essential for the Cats in turning around their season. NU is without freshman guard Boo Buie long-term, and though forwards Miller Kopp and Robbie Beran and graduate transfer guard Pat Spencer have shown improvement, NU has yet to find a consistent go-to scorer.

Shooting struggles have hurt the Cats late in games — in the second halves of the past three, NU scored just 28, 20 and 27 points, respectively.

“We certainly miss his scoring,” Collins said of Buie. “You take that out of the lineup and it’s going to hurt. I’m proud of what the other guys have been doing and we have to find a way while he’s out to continue.”

The Fighting Illini are ranked for the first time since December 2014 and will be an especially difficult test for NU’s offense. Illinois’ defense has led to the team winning consecutive victories against Purdue, Wisconsin and Rutgers, and the Fighting Illini have jumped to second place in the competitive Big Ten.

After struggling to defend Garza on Tuesday, the Cats’ frontcourt is tasked with containing freshman center Kofi Cockburn, who is averaging a near double-double with 14.8 points and 9.5 rebounds. Sophomore guard Ayo Dosunmu, a Chicago native and the leading scorer for the Illini with a 15.5 point-per-game average, figures to command the attention of the undermanned NU backcourt.

Over the past couple weeks, the Cats weathered injuries, travel, lack of rest and tough competition. But Kopp said the team isn’t letting itself make any excuses.

“This stretch was a really tough stretch,” Kopp said. “Number one, that’s no excuse. That’s what we signed up for. No one’s going to be sorry for us on the court.”