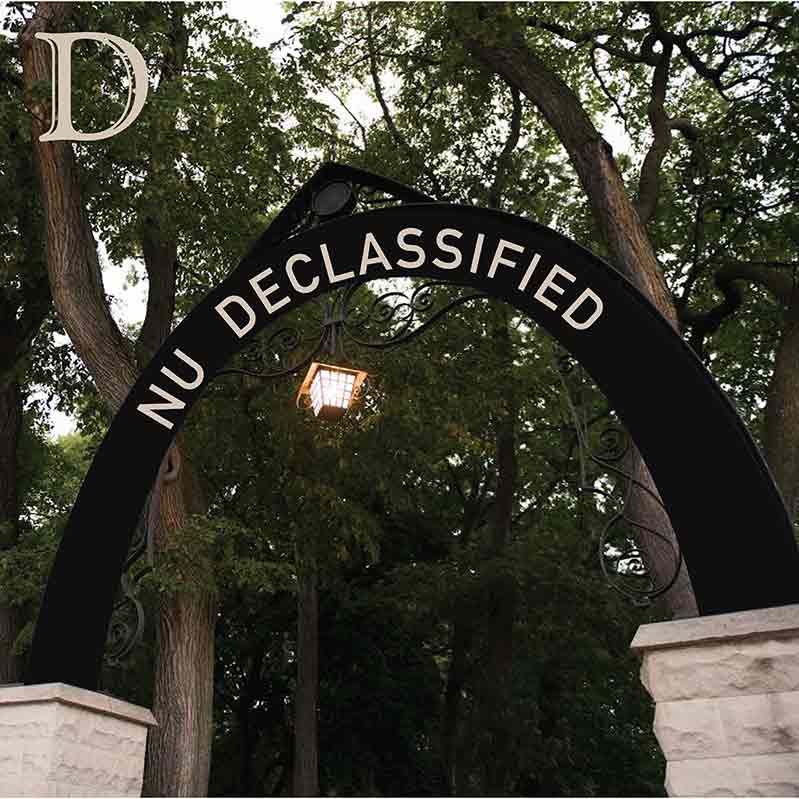 NEYA THANIKACHALAM: Welcome to NU Declassified, a look into how Wildcats thrive and survive on Northwestern’s campus. I’m Neya Thanikachalam. As students move back in for Winter Quarter, they’re diving back into their student group activities. While some are going through the rush process, another important first-week ritual is the dance crew audition. This week, we talked with members of Refresh Dance Crew and Fusion Dance Company to learn what it’s like. The answer took us to the early hours of Saturday morning, making the final cuts for Refresh’s winter lineup.

MARC HILL: We finished deciding everything at like 3 AM last night. This is happening in my apartment. It has a screen so we all can watch the audition together. All seven exec members are there. The rest of exec is just chillin’ doing their own thing. They’re preparing rejection emails, acceptance emails, getting that stuff ready.

NEYA THANIKACHALAM: This is Marc Hill, the Artistic Director of Refresh.

MARC HILL: I’m in charge of helping people out if they want to make some new choreo. I have the final say on whatever dances get chosen into our set, and basically how I want Refresh represented to their community. My vision is to come off as looking fun. To me, if it’s not fun, then what is really the point? Some of the principles behind Refresh is it’s a space for growth.

NEYA THANIKACHALAM: But before the late-night deliberations, students interested in auditioning for Refresh had a weeklong rehearsal process.

BROOKLYN COPELAND: Refresh was started with a really big growth mindset, so we structure auditions so that if someone isn’t a super fast learner, they have the whole week to prepare.

NEYA THANIKACHALAM: This is Brooklyn Copeland, the president of Refresh. She joined fall quarter of her freshman year, and is now in her fourth year with Refresh.

BROOKLYN COPELAND: How it works is that if you audition for Refresh, you audition for a specific piece, but if you get onto a piece, then you’re on Refresh. And we also have auditions every quarter, so that more people have a chance to make the team.

MARC HILL: Everyone’s not just ‘I saw it once and I can do it’. We want to have the space for people to learn. The format is just people come in groups of four. And people get to mark, which is basically we play the music for the audition and it’s meant for them to remember, refamiliarize themselves with the moves. Then they get two full-out runs where they are supposed to go all out and show us what they got. And those will be filmed so that later on when we go deliberate who gets on the team, all of exec watches and the specific choreographer for that dance watches.

BROOKLYN COPELAND: When I choreograph, I normally look for cleanliness or how well people match what I taught them. We don’t do one-on-one interviews. There’s a lot of people that audition for Refresh, so we would not have time to give everyone adequate attention to be able to make something productive out of it.

It’s kind of hard to reject them just because you know how much work they put in. So it gets kind of sad, I guess. Sometimes it’s just not there. We send the overall rejection email, but we’ve reached out to them personally and let them know that their work wasn’t unnoticed. We want you to come back. We want you to come to our open classes to keep growing.

The people I chose, I was happy with. For me it was hard to cut down because my dance had the most people try out for it, 55 or something like that. And usually our pieces are only 25 people. I had to cut off 30 people and I was willing to raise my bar. I ended up taking 32 people, which is still a lot.

NEYA THANIKACHALAM: Brooklyn’s goal is to foster a strong community with the new people on the team.

BROOKLYN COPELAND: It’s a really big family that changes a lot. Which I think is really a great thing because you get to meet so many different types of people, which is one of the things that I love about it. There’s engineers, there’s people that are dance majors, there are theater majors, there’s any type of person. And we all are together because of a love of dance. That’s a really fun thing to be able to share, especially within a place like Northwestern where there’s a lot of high-stress environments. It’s definitely a great way to relax and form other connections outside of your academic.

NEYA THANIKACHALAM: Days before Brooklyn and Marc stayed up until 3 picking Refresh’s newest members, Fusion Dance Company completed their entire audition process within a day. Lewis Oh, a member of both Refresh and Fusion, was excited to get back on his feet after an injury last quarter.

LEWIS OH: It’s good to be back and dance again, especially because I took dance off last quarter because of injury. For Fusion, if you audition and get in, then you are in permanently, but for Refresh, you audition for every show. Fusion is a lot smaller, a lot tighter. We’re also more selective. Audition is only one day. We invite dancers and then teach them a couple choreos within two hours and then make them repeat their dance in front of our exec members. If they’re good enough, we invite them for callbacks. We are also looking at how quickly you can pick up dance and retain it. But for Refresh, there is heavier value placed on effort put into practices.

I think it can get overwhelming for some people because there’s so much work. But for me, it’s stress relief.

NEYA THANIKACHALAM: Some people only joined one of the dance groups upon coming to Northwestern. But like Lewis, Joan Gwak also ended up on both Refresh and Fusion.

JOAN GWAK: Most people who join either Fusion or Refresh don’t come in knowing both — I only came in knowing Fusion, actually, and then I found out about Refresh later on. But then, I think what happens after ReFusionShaka, is that everybody sees what each group has to offer is very different and our philosophies are very different as well. Fusion for sure is very performance-based. We put on great shows. We actually take a lot of experienced dancers, as opposed to people who have never danced before, but obviously, if there’s a dancer who excels, Fusion would take them. I think for Refresh, we still try to maintain our high quality of dancing, but once we see potential in someone, we really want to help them grow. So, even after someone gets onto Refresh, we have so many opportunities for them to try to get better at different things, push themselves out of their comfort zones and overall improve their craft.

NEYA THANIKACHALAM: On top of being a member of Fusion, Joan is the Education Director at Refresh, which means she’s in charge of not only teaching different dance styles but also the cultural background of these dance moves.

JOAN GWAK: Knowing why I’m dancing and what I’m dancing is really important to make sure I’m not really appropriating anything when I dance, and I fully understand the background. It’s good to know what we’re doing, especially because our group consists mostly of Asians and Black people. Refresh actually started as a freestyle crew. And it was made by an Asian member who used to be part of a different dance group. And because of that, he attracted a lot of other Asians who saw that dancing. When, let’s say, an Asian person does something that’s a more traditionally Black dance, or is rooted in Black dances, it’s important for us to know what we’re doing and where it’s coming from. I think it’s culturally insensitive to not know why you’re doing something, and to make sure that you’re learning it from somebody who knows where it’s coming from.
Our group mainly does hip-hop and urban dance, but within those we have specific styles — such as femme, which is more feminine. We have “iso” too — which is isolation, which is like using small parts of your body and then moving them in isolation obviously.

ILANA AROUGHETI: What would you say your cut rate is during Refresh auditions?

JOAN GWAK: Oh man. It really depends on the piece and the amount of people that audition for it. I will say maybe — well, at least for my piece last time, I had to cut around 10 to 13 people. Our audition process is a little different because each person can audition for a different piece. So it’s not really how many people get cut from the team. It’s how many people get cut from a piece. Even people who are on the team can get cut from a piece, but they’ll still be on the team if they’re in something else.

ILANA AROUGHETI: How many people are usually on a dance?

ILANA AROUGHETI: And how many dances go on per quarter?

JOAN GWAK: Last quarter, we had five; this quarter, we have four; and then next quarter will probably have five or six again. A lot of people try out for multiple dances. That’s how many people will really get involved with the dancing aspect of our team. There’s usually a cap of three or four dances that one member of Refresh can participate in per quarter. Although the auditions are kind of difficult, once they join, we don’t want it to become too much of a stressful thing on their mind. So, I just try to emphasize growing, having fun, learning more about yourself and learning how you move.

NEYA THANIKACHALAM: That’s it for this week– thank you to Refresh and Fusion for letting us get an inside look at their auditions. This is NU Declassified. We’ll see you in the next episode. This episode was reported and produced by me, Neya Thanikachalam, Dan Hu and Ilana Arougheti. It was edited by Kalen Luciano and Heena Srivastava. The Editor-in-Chief of The Daily Northwestern is Troy Closson.