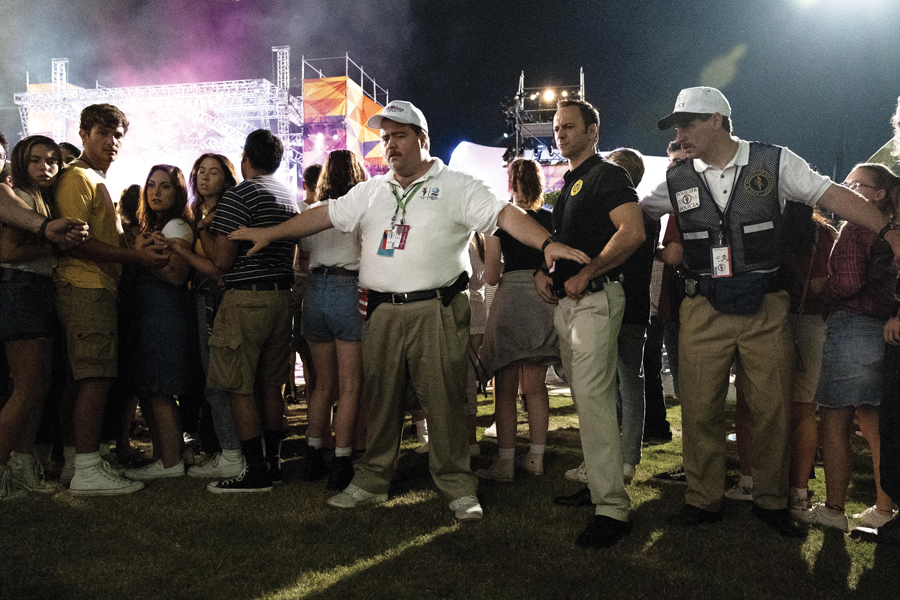 Journalist and author Kevin Salwen spoke about his recent book investigating the 1996 Summer Olympics bombing and the subsequent negative media barrage against Richard Jewell] in the McCormick Foundation Center Forum on Thursday night.
Salwen (Medill ‘79) co-authored “The Suspect: An Olympic Bombing, the FBI, the Media and Richard Jewell, the Man Caught in the Middle” with Kent Alexander, former federal prosecutor who investigated the bombing alongside the FBI in 1996. In a Q&A, Salwen said Jewell’s press coverage holds lessons for the media today.
The 1996 Summer Olympics in Atlanta were “the largest peacetime event in history,” drawing 15,000 journalists and athletes from 197 countries, Salwen said. Security guard Richard Jewell discovered a hidden pipe bomb at a concert held during the Games. He quickly cleared the area of its densely packed visitors, saving the lives of all but one civilian.
Since he was the first to discover the bomb, Jewell became the FBI’s top suspect for the bombing. After a source leaked the information to The Atlanta Journal-Constitution, the publication was the first outlet to break the story. Other publications picked up the story, some personally attacking Jewell and treating him as guilty.
Salwen said the bombing occurred during the time when major news outlets such as The New York Times and The Wall Street Journal were going online and channels such as Fox News and MSNBC were launching.
“So the pace inside newsrooms and the pressure inside newsrooms completely ratchets up,” Salwen said. “If you think about it, it’s also the year we as news consumers start changing our expectations for what publications and media outlets should be doing.”
Salwen said he tries to avoid guiding readers toward moral conclusions with his book. While discussing AJC’s decision to run the Jewell story, he said the publication was correct in naming Jewell as the FBI’s top suspect, but audiences falsely concluded Jewell was guilty. One columnist at the time even compared him to a child murderer.
“The question I think for journalists is, ‘Are facts and truth the same thing?’” Salwen said.
Salwen added that journalism students should learn from this lesson and “slow down.” He said reporters who prioritize accuracy over speed ultimately earn the most respect.
Medill freshman Maria Caamaño said Salwen’s discussion demonstrated why that’s the case and that breaking a story first isn’t the most important thing. She said she had always been interested in Richard Jewell’s story and was excited to come to the talk.
“This just reinforced that for me, how you have to check everything is correct before you publish or break a story,” Caamaño said.
Joshua Perry said he was unfamiliar with Jewell’s story. The Medill freshman said he has yet to develop a clear vision for his journalism career, but hearing Salwen’s advice gave him a better sense of life as a breaking news reporter.
“I definitely learned a lot of new things about how to report ethically and how to, like he said, tell the truth as well as the facts,” Perry said.