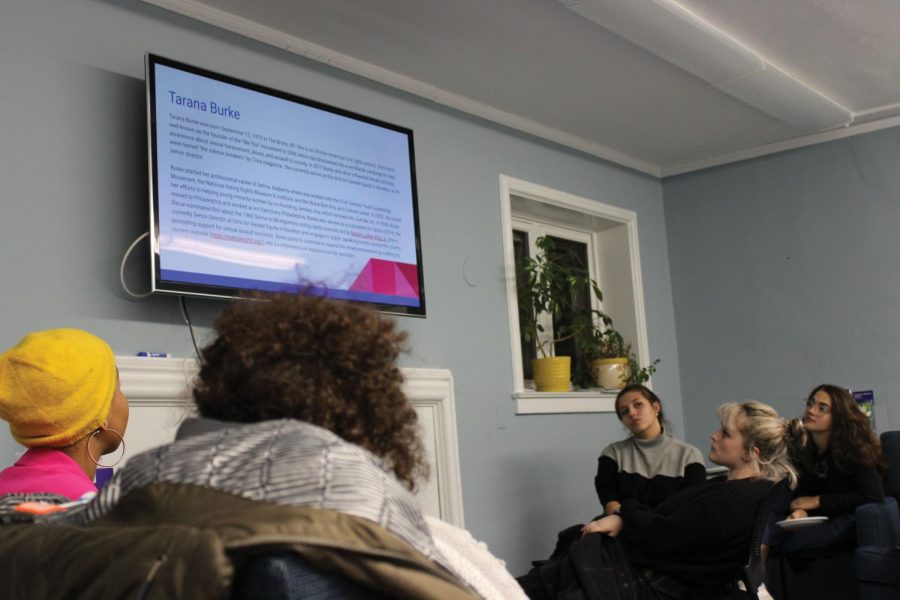 Ahead of Tarana Burke’s keynote address for Martin Luther King Jr. Dream Week on Jan. 27, 15 students gathered at the Women’s Center on Wednesday to discuss the #MeToo movement founder and her work with sexual assault survivors.

Burke created the phrase “Me Too” as a way for sexual assault survivors to communicate with one another, the Center for Awareness, Response and Education’s Assistant Director of Sexual Violence Response Services and Advocacy Kyra Jones said. However, actress Alyssa Milano received attention for the term in a now-viral tweet that urged women to come forward and share their stories of assault when the movement began.

The Sexual Health and Assault Peer Educators hosted the event where students shared their experiences with the movement, starting from the first moment that the hashtag began popping up in their Twitter feeds.

Throughout the two-hour event, the group discussed Burke’s focus on helping survivors and the erasure of black female activists.

“It’s easy to ignore social justice movements,” Weinberg senior Suzanna DePeri said. “Black women aren’t in the forefront of our media in the same way that white women or any man is, so it’s so easy to not dig deep and not look into what black women are doing.”

Jones said many students she talked to before the event — even those involved with SHAPE — did not know about Burke’s work, which led her to host this discussion to help educate students on Burke’s activism.

“I started telling people Tarana Burke is coming, and I got a lot of blank stares from people,” Jones said. “I wanted a space for people to discuss the work she’s already done and why we don’t all collectively associate her first with #MeToo and what that means and how the issue of erasure of black women’s work in activist organizing spaces is an issue beyond Tarana.”

SHAPE’s student director Sam Berston said he hopes that the evening will have a positive impact on the Northwestern community’s awareness of sexual assault.