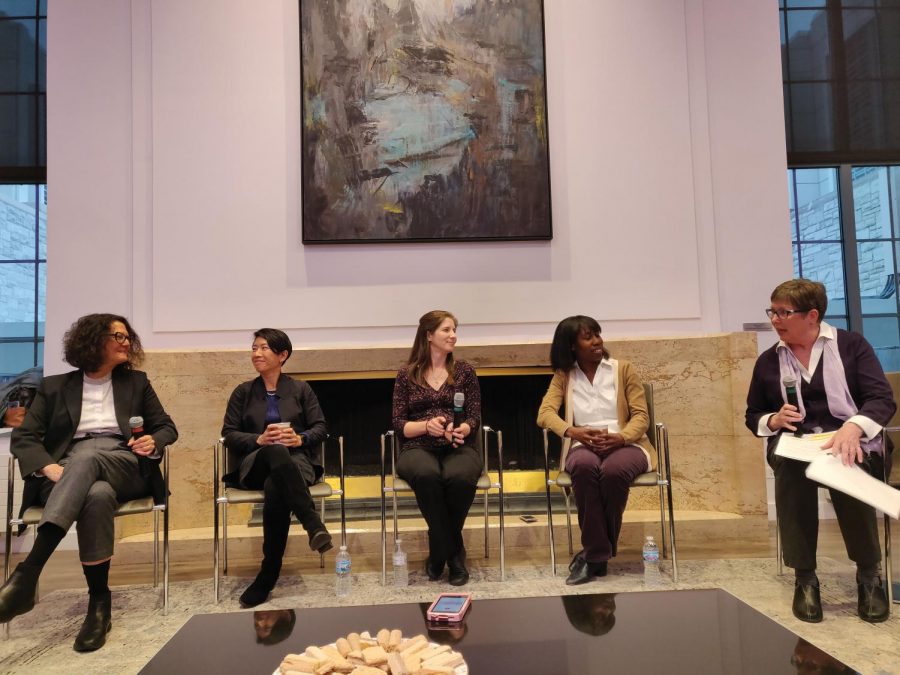 Northwestern’s Chemistry of Life Processes Institute held a panel discussion between female scholars in STEM on Wednesday at the Technological Institute, with the event attracting so many students that it became standing-room only.

Sheila Judge, senior director at the CLP, opened the event, which was co-sponsored by One Book One Northwestern.

“The stories women tell each other are essential to our survival,” Judge said.

The panel consisted of Weinberg profs. Teri Odom and Heather Pinkett and McCormick profs. Monica Olvera de la Cruz and Danielle Tullman-Ercek. They spoke about inclusion in academia and STEM fields, their personal and professional lives and mental health issues.

The professors said academia can be lonely for women and people of color, and they emphasized the importance of building friendships.

“It was much harder to have a group of friends when I was in academia as an assistant professor,” Olvera de la Cruz said. “When you are in this career, you need a group of friends that supports you, nominates you, reviews your work and knows what you’re doing.”

Pinkett also emphasized the importance of “building a network.” She said how her graduate school friends continued to act as a support group for her and had an unspoken rule of allowing each other to vent and talk about their problems.

Responding to a question regarding how to tackle the lack of diversity in media, Odom, chair of the department of chemistry, noted that many of the metrics used to judge candidates are “male-centric.”

“Awards, numbers of papers and conference talks are often designed for somebody that went through the system the way (they) did,” Tullman-Ercek said.

She said a metric based on “how far (a candidate) had come” was an important consideration to be made during recruitment.

The panel also responded to career-related questions and encouraged the audience to broaden their academic horizons. Odom emphasized attending diverse talks and exposing yourself to new research ideas.

“Go to as many talks as you can stomach outside your area of expertise so that you have a more global perspective,” she said.

After the event, Pinkett said they had “an amazing turnout” and had attracted a larger crowd than she anticipated.

Kelly Parker, a graduate student and attendee, thought the talk was relevant, as advocating for diversity in science is important to women in STEM.

“Along the pipeline, you see fewer and fewer women as you go higher in academia,” she said. “So I think it’s really nice to hear from women who have been really successful in their fields, and that kind of advice is really what we need. Women look for mentors who are other women like them.”

Pinkett, who also serves as co-chair of One Book One Northwestern 2019-20, said the event served to spotlight “women who are hidden figures.”

– ‘Hidden Figures’ chosen as One Book One Northwestern