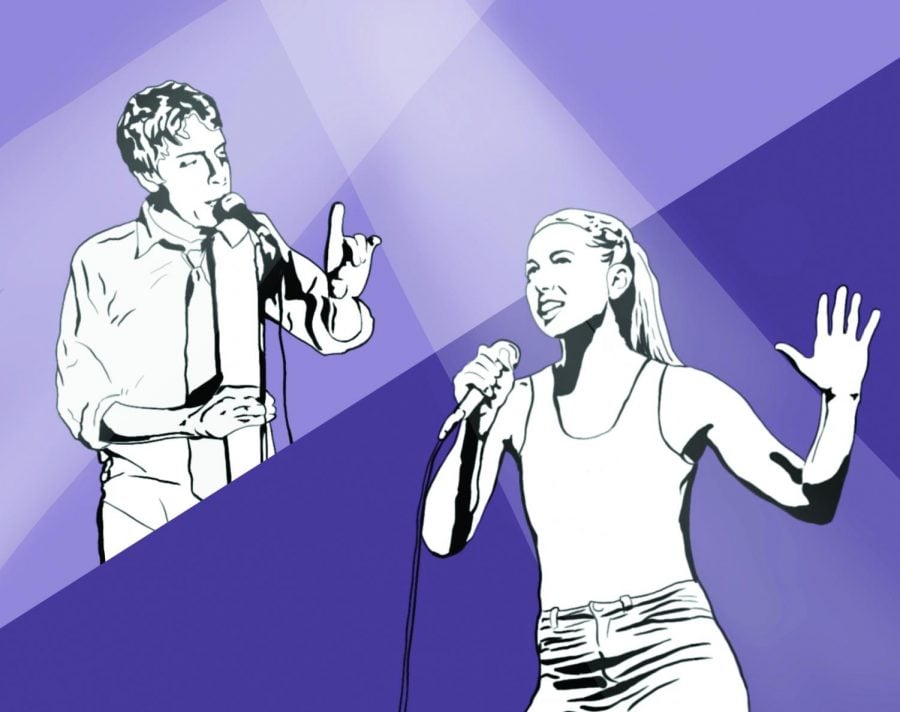 Winter quarter can be rough. Communication junior Anthony Roytman said it’s important to give people the opportunity to start it off with laughter.

As the special events and new music chair for Vertigo Productions, Roytman organized “A New Shack Laugh Track,” a stand-up comedy show featuring student comedians. The show will run at Shanley Pavilion on Jan. 17 and 18.

“We wanted this to be a friendly opportunity for student comics to try out new jokes or workshop older material,” Roytman said, “and just have (it be) as inviting a space for people as possible.”

The self-described “absurdist” comedian joked that open mics and comedy shows are ways for comedians to get the “immediate love” and attention they seek, but added that the shows are also provide feedback.

“You can take a joke and analyze it as much as you want in the confines of your room or with your friends,” O’Handley said, “but the only way to see if something actually works is to try it in front of a crowd.”

Through open mics, Communication senior and performer Diego Abraham said he’s learned that stand-up comedy requires him to adjust to audience reactions in the moment.

Gaining experience can also help shape sets, he said. For example, if Abraham forgets what he’s talking about during stand-up, he now pulls out his notebook and congratulates himself for the jokes he’s just told, making the audience laugh before continuing.

“When you’re on stage, your brain’s going so quick, it doesn’t operate in a way that you could be pragmatic about it,” Abraham said. “You’re like, ‘I need to make them laugh in the next half second, how can I do that?’”

Abraham said he’s still not skilled enough to recover smoothly from bombing, or telling a joke that gets no laughs. At one point, he quit “A New Shack Laugh Track,” but said Roytman had reassured him this would not be a high-pressure event.

“A lot of people on Vertigo, myself included, also write new work and are familiar with how obstructive stress can be,” Roytman said. “(Having) this event be for the performers and be as helpful as it can for them is the main goal, so that kind of manifested in keeping the event laid back.”

Roytman said Vertigo Productions tries to consider what stories are important to tell on campus when the board is choosing plays. The junior said he has tried to bring that same philosophy to this event, because comedy can also come from a diverse array of experiences.

Roytman tried to select comedians on the basis of who reached out first. The performer setlist includes students from all grades and experience levels, from those who perform stand-up in Chicago to those who will be trying stand-up for the first time through the show.

“(The stand-up comedy scene at Northwestern is) pretty bad in terms of number and exclusivity of opportunities,” Abraham said. “There’s shows where there’s limited spots and unless you’ve been doing stand up before, it’s almost not going to happen. Or you can do these dirty basement shows, so (“A New Shack Laugh Track”) seems to kind of be in the nice middle.”

O’Handley said the amount of talent at Northwestern sets a high bar for comedians. He said the school’s improv scene, like its academic culture, is a pressure cooker of people trying to get ahead and sharpen their craft.

But O’Handley ultimately focuses stand up comedy on the audience. With “A New Shack Laugh Track,” he said he’s not trying to send any grand messages.

“I just hope that they laugh,” O’Handley said. “That’s the only thing I care about.”