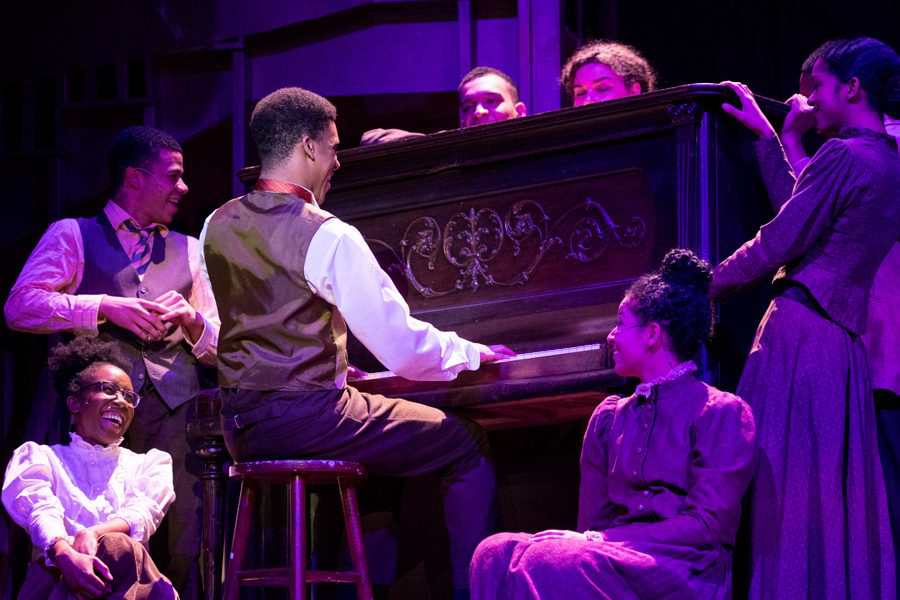 When RTVF professor Henry Godinez graduated from a classical acting program, his first TV role was a Columbian drug dealer who burst into a family’s birthday party and massacred a room of children. He then auditioned to play a Puerto Rican murderer for another show, but said his casting director wouldn’t hire him due to his lack of a Spanish accent.

“I started to realize people didn’t look at me the way I thought they did,” said Godinez, who, frustrated by the lack of opportunities he saw as a Latino actor, later shifted his focus to teaching. “They just looked at me as somebody with a ‘Z’ in their name that has dark features, who should play bad guys, rapists and drug dealers.”

Despite significant improvement in telling culturally specific stories on stage, Godinez said students of color in theater still endure the repercussions of stereotypical casting at Northwestern. Only getting call-backs for roles that are culturally specific, students said, limits their opportunities to explore abundant acting experiences and perpetuates myths surrounding their races and ethnicities.

Communication junior Valen-Marie Santos, who grew up in a Latino community in South Florida, said she never felt her identity could inhibit her potential in theatre until coming to Northwestern. In acting class, Santos said classmates would refer to her performances through coded compliment that students of other ethnicities did not receive.

“There is a mindset that if the role’s ethnicity is not specified, it’s default white,” Santos said. “I feel like sometimes I enter a room and I am cut off from consideration for so many things just because of how I look and how I read.”

Santos added that due to the limited students of color in Northwestern’s theater program, casting directors often mix their identities while choosing their casts. She said she once got a call back for a Korean American role, which she didn’t feel comfortable playing.

To combat this situation, theater students and faculty members are calling for more color-conscious casting among student production groups at Northwestern. Aside from opposing racism, Godinez said, casting directors should also be intentional about honoring culture and fostering equity with their character decisions.

For classic shows like Shakespeare and Arthur Miller, Godinez added, casting culturally specific actors for white roles in contemporary adaptations has the capacity to inspire new interpretations and dialogue in modern times.

For example, Wirtz Center’s latest production, “Julius Caesar,” assembles a diverse cast from various races, ethnicities and gender identities despite its setting in ancient Rome. The play’s director, third-year MFA student Danielle Roos, said she aimed to bring new voices and perspectives to Shakespeare’s great tragedy in the casting process. Three out of four of the main characters are going to be portrayed by actors of color, with a black man playing the titular role of Julius Caesar.

“Julius Caesar is about one generation making decisions that the younger generation has to pay for,” Roos said. “I find that important to tell this story with people of different identities, because that’s the way our country looks like right now.”

Godinez said as a professor, he will continue to invite students to reimagine the role of race and ethnicity in theater. Through using race-blind casting practices in class, Godinez said he encourages students to be more empathetic with each other.

“We go through a lot of the same scope of human experience, and that universality is what we want audiences to identify,” Godinez said. “Because in the end, we are all more similar than we are different.”

A previous version of this story misquoted Communication junior Valen-Marie Santos in discussing the roles that she was cast to play and the way her performances would be referred to by classmates. The Daily regrets the errors.