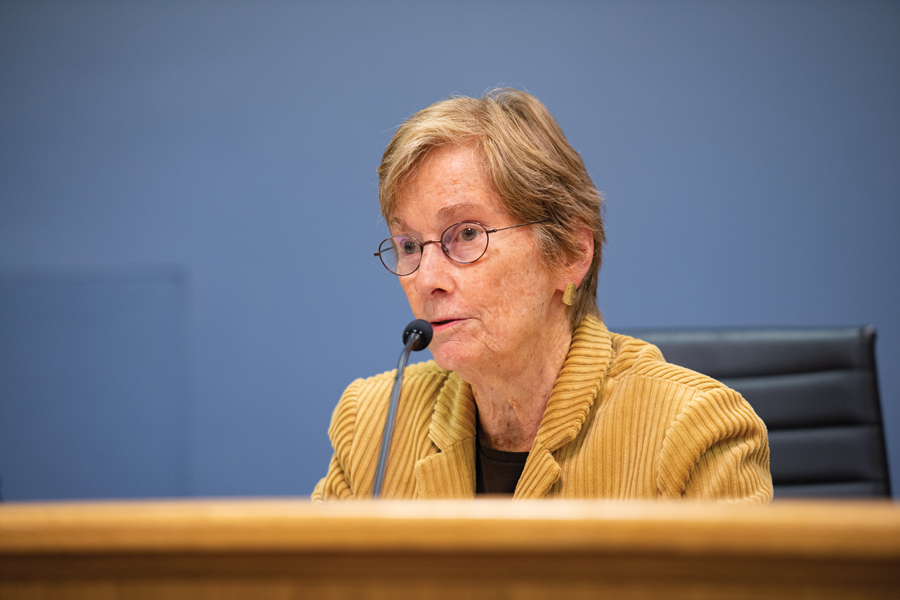 City Council voted unanimously to approve a resolution supporting nationwide denuclearization as part of the international Back from the Brink movement at Monday’s meeting.

Back from the Brink has worked to pass similar resolutions at all levels of government across the country. Monday’s resolution calls for Congress to take up the United Nations Treaty on the Prohibition of Nuclear Weapons. The agreement prevents nuclear development and provides for remedial action to assist those who have been negatively affected by nuclear technologies.

The treaty was approved by the United Nations in July 2017, and has since been in circulation for ratification. Fifty countries need to ratify the treaty for it to take effect, and 33 have already ratified it.

The resolution was originally brought to the Human Services Committee by various faith-based organizations, including Northwestern’s Sheil Catholic Center, in collaboration with other groups such as Neighbors for Peace, Union of Concerned Scientists and Chicago Area Peace Action.

The groups contacted Ald. Eleanor Revelle (7th), whose husband is on the board of the Bulletin of the Atomic Scientists, to introduce the resolution. Revelle also said the city should consider passing the resolution because Evanston is a member of the Mayors for Peace, and this is one of the initiative’s action items.

Many of those involved attended the meeting to speak in support of the resolution, including state Rep. Robyn Gabel (D-Evanston). She plans on raising a similar resolution at the state level.

“We know that the use of a fraction of the global nuclear weapons arsenal would have devastatingly irrevocable consequences to our planet, and that a national defense strategy based on nuclear armament decreases, rather than increases, our national security,” Gabel said.

Some of the speakers alluded to recent international events and foreign policy decisions as support for a heightened sense of urgency. Marcia Bernsten, a board member of Chicago Area Peace Action, said Trump’s actions, especially in the past 2 weeks, have, “definitely put us on a more combative footing with Iran.”

David Combs, a member of the Union of Concerned Scientists, noted that more than $22 million of Evanston’s federal tax dollars go to nuclear weapons.

“Chicago, very close to our borders here in Evanston, is one of the top targets in the unimaginable event of a nuclear exchange,” Combs said.

After the meeting, some attendees emphasized the significance of the council’s approval. Evanston is now the 42nd municipality to pass resolutions advocating for denuclearization and the first in Illinois, according to the Back from the Brink website. Most of the other municipalities are concentrated along the two coasts.

Combs plans on organizing a group to bring a similar resolution to the Chicago City Council, as well as other cities and towns.

Correction: A previous version of this story misstated a quote from state Rep. Robyn Gabel (D-Evanston). The representative stated that a national defense strategy decreases national security. The Daily regrets the error.