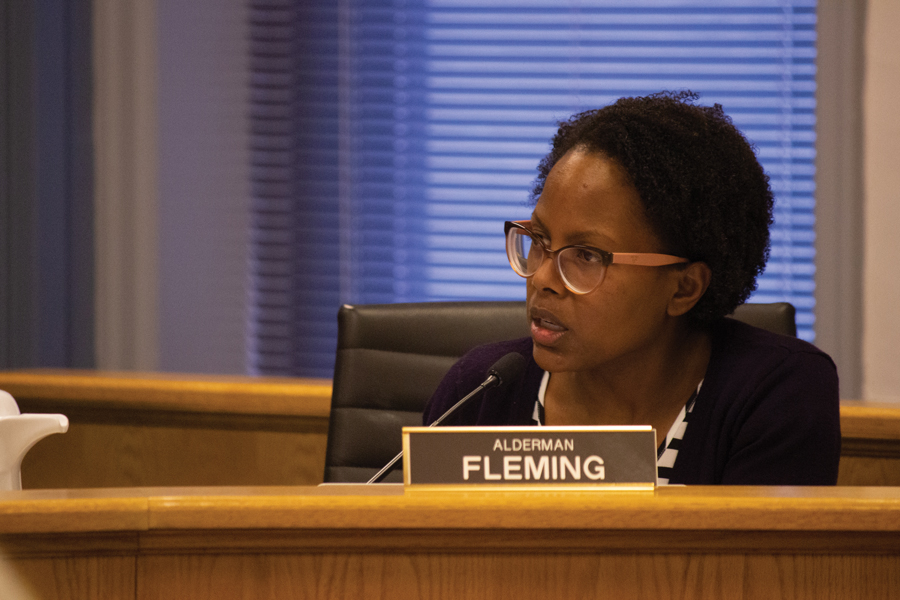 City Council approved a 6-2 contract with hiring agency GovHR to perform the search for the next city manager at Monday’s meeting. The motion passed 3-2 in the Administration and Public Works committee meeting Monday, which put the contract before City Council consideration.

Wally Bobkiewicz acted as city manager until September 2019, when he left to be the city administrator of Issaquah, Washington and was replaced with Interim City Manager Erika Storlie.

Ald. Cicely Fleming (9th) specifically voiced her opposition to the GovHR contract with GovHR at the public works meeting and voted against the motion at the council meeting.

Fleming, who was one of four aldermen who participated in the interview process, said she opposed the contract because GovHR has hired many city staff members, and she feels this makes them biased in their decision for the next city manager.

Ald. Thomas Suffredin (6th) said he also had concerns about entering a contract with GovHR due to his past experience with the agency.

“The revolving door is problematic,” Suffredin said. “(GovHR) is a landing place for dismissed Evanston employees.”

Although some aldermen raised concerns over GovHR’s ability to find the next city manager, the majority approved.

“There is no one, no one who could have listened to those three interviews.” Ald. Ann Rainey (8th) said. “Who could have chosen any other any other organization, other than this one?”

The committee decided at the Dec. 9 public works meeting not to move forward with GovHR until an interview process with multiple vendors had occurred. Rainey, Fleming, Ald. Judy Fiske (1st) and Ald. Melissa Wynne (3rd) reviewed three candidates, including GovHR.

The process will include the development of a candidate profile by GovHR. The agency will then create a job announcement where people will be able to apply for the position. GovHR will narrow the candidates and pass along potential hires to the council.

According to Storlie, there will be a public component of the interviews, the form of which has yet to be determined. She said residents have expressed interest in participating, and the process will be announced as soon as officials know.

During the meeting, council members also discussed the reparations subcommittee. They added Ald. Peter Braithwaite (2nd) to the subcommittee and also deliberated the potential inclusion of lawyers and other community members. The subcommittee will search for programs that can be supported by the reparations fund, which was adopted as part of the 2020 budget in November.

Rainey confirmed the American Civil Liberties Union reached out to City Council expressing interest in taking part in the subcommittee as well.

The council also voted 5-3 against the establishment of a moratorium on condominium deconversions. If passed, this would have prevented condominiums from being deconverted into rental apartments. Rainey argued that long-term residents would struggle to find alternate housing opportunities, and the majority agreed the council should stay out of the issue, resulting in no change in policy for condominiums.