Researchers discuss the state of Kurds in Turkey and their portrayal in U.S. media 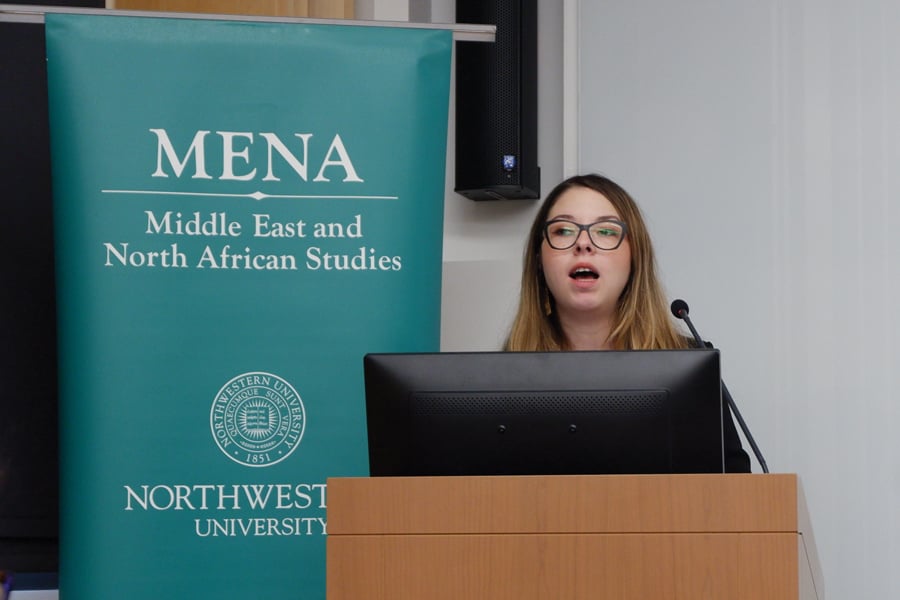 Anthropologists Deniz Duruiz and Zeynep Oguz discussed preconceptions about the Kurdish people and their relationship with Turkey this Monday at Kresge Centennial Hall.

Around 25 people attended “The Kurdish Question and Academic Expertise: Borders, Territories, and Statelessness.” Both researchers recounted their ethnographic and anthropological fieldwork in Turkey — elaborating on their experiences in Kurdish provinces, or Kurdistan, located in the eastern province of Turkey.

About 30 to 35 million Kurds today live across the borders of Turkey, Syria, Iraq and Iran. In October 2019, President Trump ordered U.S. forces to withdraw from Northern Syria, an area predominantly occupied by Kurdish forces, leaving them vulnerable to attacks from ISIS and the Turkish military.

Oguz said the U.S. media fails to accurately represent conflicts between the Kurds and the Turks — or any Middle Eastern issues — because it misrepresents and exaggerates them, characterizing these conflicts as timeless and perpetual.

“The conflict [between the Turks and the Kurds]… is reduced to an ethnic conflict, so its political character is also ignored,” Oguz said. “It is also souped-up in global context, the role of international treaties, for example… or imperial interests.”

Issues between the Kurds and the Turks, Oguz said, aren’t an endless conflict, but it also isn’t recent. After WWI, the Kurdish people were left stateless through a series of treaties, Oguz said.

As a result, the new Turkish government systematically tried to eliminate Kurdish cultural influences from the nation, Duruiz said. These efforts led to the renaming of Kurdish towns to Turkish names, as well as forcing the Kurds to take Turkish names.

Today, most Kurds go by two names — their Kurdish family name and the official Turkish name they are required to use for government documents, Duruiz said.

The unstable relationship between the Kurds and the Turkish government continued throughout the 20th century, intensifying in the 1990s. That tension led to peace talks that continued until the 2015 election and fully unraveled in July 2016 after an attempted coup on the government led by Recep Tayyip Erdoygan.

Following a July 2015 ceasefire, Turkish military forces invaded multiple cities in Kurdistan, killing around 1,000 people — including elderly and children — reducing buildings to rubble and vandalizing homes, Duruiz said. In one instance, she said, a soldier wrote on the walls, “If you are Turkish be proud, if not obey.”

Diego Arispe-Bazan, post-doctoral fellow in the Buffett Institute for Global Studies, attended the talk. He said he enjoyed how “layered” the talk was by not reducing the Turkish-Kurdish conflict to a single event.

“It wasn’t just that there was one event that produced a conflict, rather there are multiple small ones that led to the situation as well,” Arispe-Bazan said.

Both Oguz and Duruiz said they disagreed with the idea that the Middle East needed to be transformed by Western powers and its narrative that the region as a whole is a problem that needs to be solved.

The study of the Kurdish question is just beginning, Duruiz said. In the 1990s it was almost impossible to conduct ethnographic work in Kurdistan because researchers were jailed, she added.

“I think we are the first generation of anthropologists who are educated and in the US, who can translate this knowledge into an understandable, digestible form,” Duruiz said.