University to re-focus on remodeling vacant spaces, not breaking ground on new buildings 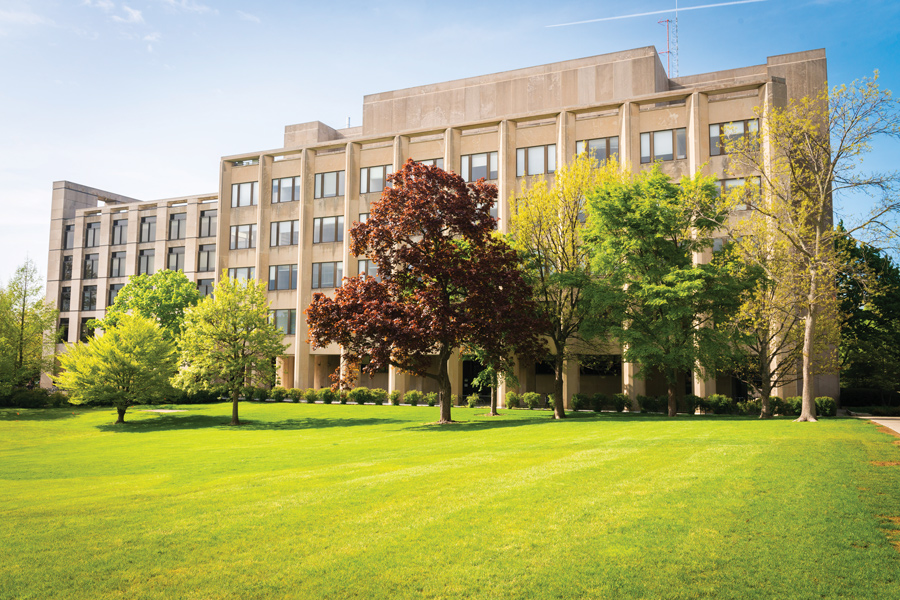 Northwestern’s budget deficit in Fiscal Year 2018 froze construction on residence halls in the 10-year Housing Master Plan and delayed renovations of other campus spaces. Senior vice president for business and finance Craig Johnson told The Daily last week that — at least for some of those spaces — a remodeling could be on the horizon.

Johnson said one of those spaces is the Donald P. Jacobs Center, formerly home to the Kellogg School of Management. The vacant building was planned to become a social sciences “hub,” housing the Buffett Institute for Global Studies, Weinberg College of Arts and Sciences and the Global Engagement Studies Institute, among other programs.

Provost Jonathan Holloway told The Daily in 2017 that the hope in consolidating those departments into a single space is to increase interaction between faculty. At the time, he added that construction wouldn’t begin until summer 2019 at the earliest. On Northwestern’s facilities management page, no construction start or projected completion date is currently listed.

The James Allen Center on North Campus is also set to finally undergo a revamp, Johnson said — according to a University construction plan, the building will be closed for renovations between December 7, 2020 and April 7, 2021. The project will upgrade student and faculty spaces, along with dining halls and the building’s mechanical systems.

After the first few floors were completed in Fall 2017, Johnson said Mudd’s fourth and fifth floors are also back on the priority list for renovations. They’ll be used as lab spaces for a variety of disciplines in the sciences.

Still, upcoming renovation plans don’t include construction of the new University Commons. For current students, at least, the $180 million replacement to Northwestern’s near 50-year-old student center won’t make it past the model sitting on the ground floor of the current building.

Construction on the project was initially projected to be completed by last year. After hitting financial obstacles, executive director of Norris University Center Jeremy Schenk told The Daily in 2017 that he thought construction could begin as late as summer 2019 or even 2020. But as the new space — which was planned to include a black box theater, an auditorium with a large stage and a more open layout to ease access to University Library and the Arts Circle — still hasn’t secured a naming donor, Johnson said construction plans are still sitting on the backburner.

“Not saying if a donor comes forward we wouldn’t do it,” Johnson said, “but it’s more about remodeling those vacant spaces.”