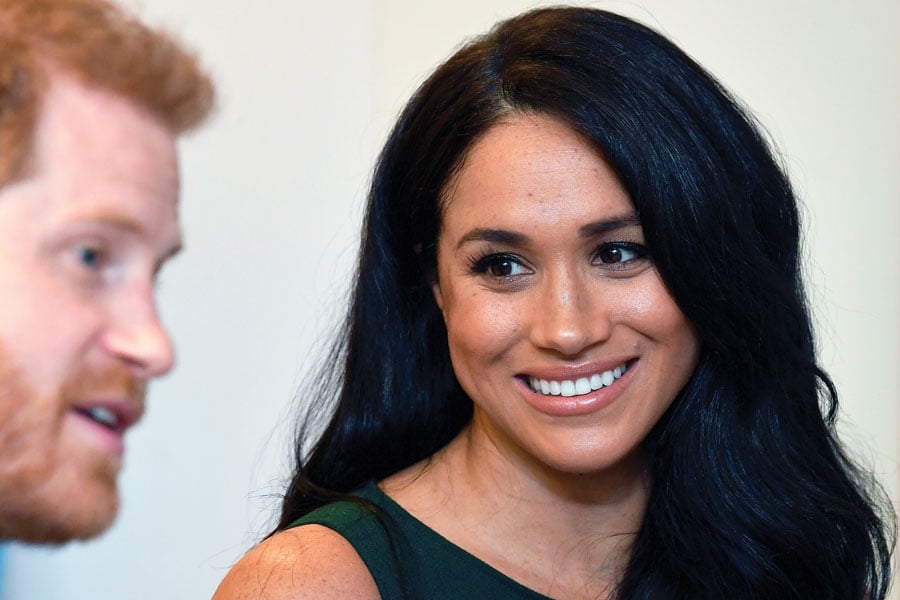 Northwestern alumna Meghan Markle (Communication ‘03) and her husband Prince Harry announced they intend to “step back” as senior members of the British royal family today, saying they’re making plans to split time between North America and the U.K. after facing continued challenges abroad.

Their announcement was first published on the Sussex Royal Instagram account Wednesday afternoon, after “many months of reflection and internal discussions.”

“We intend to step back as ‘senior’ members of the Royal Family and work to become financially independent, while continuing to fully support Her Majesty The Queen,” their statement said. “It is with your encouragement, particularly over the last few years, that we feel prepared to make this adjustment.”

“After many months of reflection and internal discussions, we have chosen to make a transition this year in starting to carve out a progressive new role within this institution. We intend to step back as ‘senior’ members of the Royal Family and work to become financially independent, while continuing to fully support Her Majesty The Queen. It is with your encouragement, particularly over the last few years, that we feel prepared to make this adjustment. We now plan to balance our time between the United Kingdom and North America, continuing to honour our duty to The Queen, the Commonwealth, and our patronages. This geographic balance will enable us to raise our son with an appreciation for the royal tradition into which he was born, while also providing our family with the space to focus on the next chapter, including the launch of our new charitable entity. We look forward to sharing the full details of this exciting next step in due course, as we continue to collaborate with Her Majesty The Queen, The Prince of Wales, The Duke of Cambridge and all relevant parties. Until then, please accept our deepest thanks for your continued support.” – The Duke and Duchess of Sussex For more information, please visit sussexroyal.com (link in bio) Image © PA

Their announcement means the two will no longer be regularly based in the U.K., the centuries-long home of the British royal family. That won’t, however, have any impact on their places in the line of succession to the throne.

Buckingham Palace issued a statement two hours later on behalf of the Queen, saying discussions were still at an early stage and that “these are complicated issues that will take time to work through.”

After the news broke, celebrities including Roxane Gay and Bette Midler, along with friends of their family weighed in on Twitter sharing a range of opinions on their announcement.

“What a sad story,” Midler tweeted. “They hounded and bullied her until it was no longer tenable to stay, just like Diana.”

Late last year, Markle and Prince Harry — who is sixth in line for the throne — announced a lawsuit against the publisher of a U.K. newspaper in a Tuesday statement, criticizing a monthslong “ruthless campaign” of negative media coverage of their family.

Even prior to their May 2018 wedding, Markle has faced criticism from British media about her mixed-race heritage, choices about raising her infant son and the decision to guest-edit an issue of British Vogue, among other topics.

In an October interview during a trip to South Africa, the Duchess of Sussex opened up about her challenges in balancing the life and pressures of being a new mother. She welcomed her son Archie Harrison Mountbatten-Windsor in May, the first interracial child in the monarchy’s recent history.

“Not many people have asked if I’m OK,” the Los Angeles native said in the interview. “It’s a very real thing to be going through behind the scenes.”