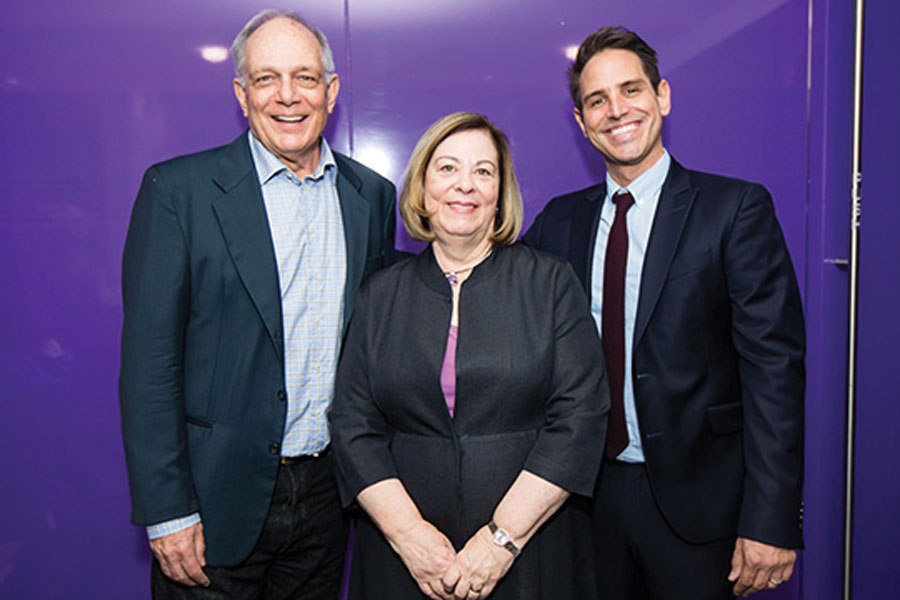 A $2 million donation from the foundation of producer and Northwestern alum Greg Berlanti (Communication ‘94) will establish a new RTVF professorship intended to expand the writing program and emphasize a commitment to diversity in the arts.
The Barbara Berlanti Professorship in Writing for the Screen and Stage is named for Berlanti’s late mother, who he described in a University news release as a lifelong champion of the arts and his greatest advocate.
“Our family is so proud to have a professorship in her name dedicated to helping Northwestern continue its great legacy of fostering the next generation of humane, diverse, courageous and bold storytellers,” Berlanti said in the release.
The gift comes from the Berlanti Family Foundation, which was established to improve the lives of LGBTQIA people and their straight allies through education, the arts, medicine and other social services, according to the release.
School of Communication dean Barbara O’Keefe said the hope is for the Berlanti professorship to attract someone from an underrepresented group.
“Anybody who’s been listening to the critiques of the entertainment and other creative industries knows that they haven’t been good at advancing the stories of all the people who live in our modern societies,” O’Keefe said. “If we’re going to live in a diverse world, we need to celebrate and be aware of everybody’s stories and appreciate the value of hearing from different kinds of people.”

According to RTVF department chair and associate professor Zayd Dohrn, the faculty member who holds the professorship will teach in both the MFA and undergraduate dramatic writing programs.

Dohrn said over the past decade, he has seen an increased awareness of the need to have writers and teachers from traditionally underrepresented communities in classrooms, in theaters and on sets.

O’Keefe said the School of Communication encourages new faculty to develop innovative projects, courses and research programs that transform content at Northwestern. She said while there is still more work to do, she’s pleased with the progress made so far in building a more diverse faculty and student body.

Dohrn added that being a writer and teacher of writing requires constantly thinking about and seeking out stories that aren’t told because dramatic writing deals with what it means to be human.

“You’re not done with the project of representing the human experience, that’s never something that can be finished,” Dohrn said. “But it’s something that we can all strive continuously to be more inclusive and think about and find people telling stories from perspectives we haven’t seen before.”