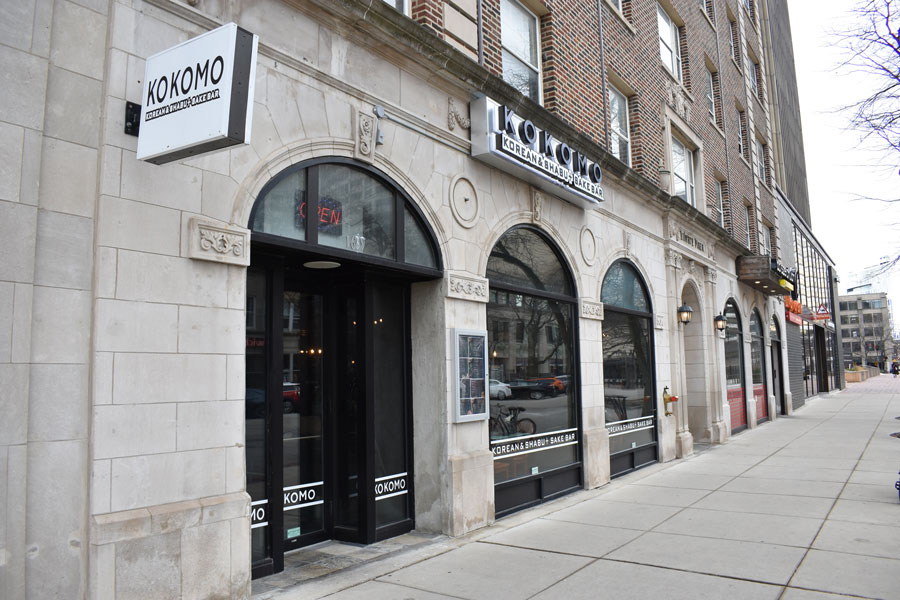 For many Korean students on campus, Korean restaurants can serve as a gateway to home. Even among those born and brought up in the United States, many grew up eating kimchi, bibimbap and other staples of the cuisine.

Only a few blocks away from campus, Soban Korea is a favorite among Korean students. The cuisine that Soban offers ranges from Korean pancakes to rice cake soup.

Medill freshman Ryan Kim said Soban tends to have good Korean food, including budae jjigae, a dish he always gets.

Budae jjigae, also known as spicy sausage stew, is made with ham, sausage, spam, beans, kimchi and gochujang. Because the dish was invented shortly after the Korean War using surplus foods from the U.S. Army, the dish is also called Army Stew.

“I like a bunch of the ingredients that are usually in the stew,” Kim said. “I also just like stews in general, and Korean stews tend to be on the spicy side, which makes them even more refreshing for me.”

Alice Lee, a Weinberg freshman, also mentioned Soban when talking about her favorite Korean restaurants in Evanston. She also recommends Kokomo, an Orrington Avenue eatery which opened this past summer. One of her favorite dishes at Kokomo is the white jjamppong noodles.

Lee said that Soban and Kokomo are relatively similar, but differ in size.

“It’s just that the environment, the vibe is different,” Lee said. “Soban is more cozy, smaller.”

Catering to a predominantly American population, some of these Korean restaurants adapt the taste of their dishes.

“None of them tastes super authentic,” Huh said. “Some dishes are not as spicy as I know them to be. Sometimes the food can be sweeter.”

Lee also discussed ways Korean dishes in Korea are different from those in the United States including that the cuisine often tastes saltier in the U.S.

Some students said the harsh winters in Evanston make spicy Korean food especially attractive, as it can remind them of home during a cold day.

Huh’s favorite dish at Koco Table is the seafood ramen. She said the ramen “ warms up your heart, and it tastes like home.”

In addition to restaurants, students can also go to Asian supermarkets to acquire foreign ingredients to make their own meals. For example, H Mart in Niles, located 25 minutes by car from campus, offers a wide variety of products imported from Asia and comes recommended by students. There is also an H Mart in Greektown, accessible via the El.