The Daily Northwestern presents: The top 10 Survivor players of the 2010s 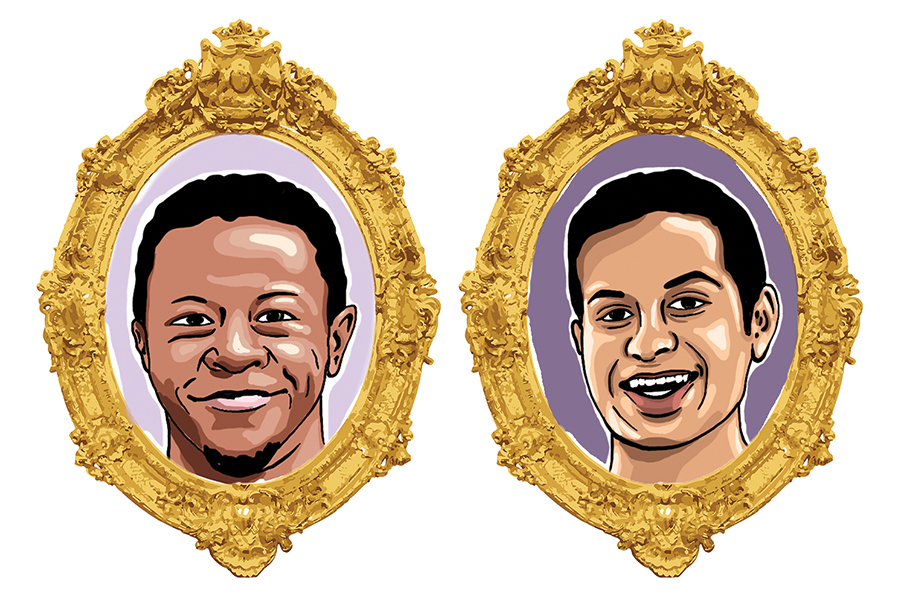 Gameday editor Jonah Dylan and Editor in Chief Troy Closson. The duo returns to debate the top Survivor players of the decade.

With the end of the decade less than a month away, The Daily’s two Survivor experts thought it would be a perfect time to look back on all the outwitting, outplaying and outlasting that we’ve witnessed in the past ten years. And what better way than ranking the best Survivor players of the decade? Seven hours of argument later, here is our definitive list.

Troy: Before we get started, I want to give a few shout outs to the people who just missed the cut. First, Spencer deserved to be in our Top Ten. In Cagayan, he was easily the second best player — and in Cambodia, he was third best (both times, only behind others who made our list). Speaking of robbed castaways, Chrissy also deserves some praise. She was the mastermind of her season, and somehow, finding a lot of idols and being annoying got Ben a win. I also want to take a second to recognize Kellee Kim, this season’s most memorable player. She found three idols over 22 days — and pulled a huge blindside of Jack. But go ahead Jonah, tell me how bad those takes are.

Jonah: Where do I even start with this nonsense? Kellee got voted out with two idols…which makes her one of the best players of the decade? Loyal readers, does this make any sense? But I digress. I’d throw David, Dom, Cochran and Fishbach into the group of underrated players. And what about Rick Devens? The news anchor was all over the place during last season, manipulating votes at tribal councils and finding idols whenever he was in trouble. He was basically guaranteed to win if he made the final tribal, but one bad fire-making performance doomed him. I hear you’ve been talking some shit about him, though?

Troy: Yep, that’s about right. We’ve been over this, and our audience agrees — Rick played horribly. He was voted out, which everyone somehow forgets. If you’re going to say Chris Underwood is a bad winner since he didn’t play the whole time, Rick is a bad player. He’s just an entertaining guy. In fact, he’s right up there with Chaos Kass, who in the famous words of Spencer, had “zero chance of winning the game,” everyone on the cast of Worlds Apart and Tai who hasn’t made a mark in two season. Who’s on your worst list Jonah? If you say Angelina, I don’t think we can keep writing this.

Jonah: I’m tempted, but…Brandon gave up individual immunity and promptly got voted out, so he has to be up there. J.T. is a former winner, but his decision to give Russell an idol stands as one of the worst in the game’s history. The past two seasons have been disappointing, with lackluster players all over the place, so it’s hard to pick just one. Natalie would’ve made this list, but her refusal to give Angelina her jacket moves her up.

And one more thing: Die-hard fans might wonder why the mentors from this season aren’t on this list. While Sandra and Rob are both Survivor legends, their performances this decade were disappointing (Rob didn’t make the merge on Heroes vs. Villains and won on a season where no one else even tried to play the game. Sandra floated to a win because the Heroes on the jury liked that she voted with them and then got voted out immediately when she played again). But feel free to disagree with us.

10. Ciera Eastin (Blood vs. Water, Cambodia, Game Changers): “She voted out her mom!” At least in Jeff Probst’s eyes, that’s Ciera’s claim to fame: becoming the only contestant to vote out her own loved one. Ciera comes in at #10 though since in that same season — her first time playing — she also flipped on a majority alliance with six players left and caused the second rock draw in 27 seasons. Just a few seasons later, feeling empowered by her valiant effort, the final 10 went to rocks, and another time’s probably right around the corner. Thanks Ciera. You couldn’t win, but you changed the game forever.

9. Wendell Holland (Ghost Island): Half of one of the more dominant alliances in recent Survivor history, Wendell cruised in almost complete control of the game. Sure, Dom played a big part in that, but it was Wendell’s relationship with Laurel — she voted for him after the first ever tie at a final tribal — that made the difference. Earning his spot at final tribal by making fire doesn’t hurt his case either. Dom’s decision not to give up immunity to go against his ally cost him $1 million and a likely spot on this list.

8. Sarah Lacina (Cagayan, Game Changers): Ciera. Tony. Ozzy. Sandra. Cirie. All legends of the game, but in a season with them all, it was Sarah who stood alone as the sole survivor. How’d she do it? By taking the typical role of a “floater,” and turning it completely on its head. She moved from alliance to alliance, but somehow was in control of almost every vote. While Culpepper won five of six immunity challenges down the stretch, Sarah had to rely on her social game to keep advancing. And in her second Survivor opportunity, she came away with a well-earned million dollars.

7. Kelley Wentworth (San Juan del Sur, Second Chance, Edge of Extinction): Goodbye, Andrew Savage. In one of the most groundbreaking moves of the past decade… no, in the show’s history, Wentworth canceled nine votes against her. Savage went home with three. How’d she end up in Cambodia after her disappointing first season? Who knows. But Kelley made the most of her second chance. At Final 6, she pulled out her second idol — which women historically have found a smaller percentage of — and was the biggest threat to win until she made a mistake in the last immunity challenge. What’d she do while making it to Day 27 in Edge of Extinction? Find another idol.

6. Kim Spradlin (One World): Some people need a little practice before perfection. Kim came out, and played as flawless of a first game as anyone ever has. Outwit. Kim was always the strongest on One World’s cast full of duds (which is the only reason she’s not ranked higher). Still, she manipulated everyone into keeping her tribal after tribal with her impeccable social game. Outplay. Kim won four immunities, tied for the most ever by a woman. Outlast. Despite orchestrating blindsides of all her closest confidants, she convinced them all — well, expect for two bitter people — to give her the million. Kim makes excellence look easy.

5. Russell Hantz (Samoa, Heroes vs. Villains, Redemption Island): Well, well, well. The most divisive Survivor player of all time checks in at No. 5 on this list in typical fashion, as one of us ranked him No. 1 and the other didn’t rank him at all. It’s easy to be turned off by Russell’s gameplay, but no one has ever had as much control as him. He changed the game forever when he found an idol without a clue, then changed it some more when he overcame a 6-3 deficit and expertly took down Boston Rob on Heroes vs. Villains. The jury members never understood his greatness enough to look past his gameplay, but Russell deserves to be on any list of great Survivor players.

4. Jeremy Collins (San Juan del Sur, Second Chance): Talk about likeability. It was hard not to root for Jeremy the first time he played, when he battled through the merge after his wife was voted out early. But it was his second chance (on Second Chance) that he cemented himself as a great. On a season with blindside after blindside and very few consistent alliance, Jeremy always managed to put himself on the right side of the vote. Second Chance had some of the highest-level gameplay we’ve ever seen, but everyone knew Jeremy stood alone at the end. You know he’s a threat, but you still don’t come for him.

3. Natalie Anderson (San Juan del Sur): When your twin sister gets voted out first in Survivor, you have two choices: break down or double down. Natalie chose the latter and managed both a subtle game and aggressive moves. Flying under the radar allowed her to convince everyone her vote for Alec was a mistake, pull off a blindside of her “ally” Jon and play an idol correctly for someone else. Natalie always had the endgame in mind, and targeted her tribemates in the perfect pecking order. She executed her vision — while receiving no votes against her in nine tribals — and she made her sister proud.

2. Tony Vlachos (Cagayan, Game Changers): Cops R Us, spy shacks and a bag of tricks. Nobody’s ever won playing as chaotically as Tony in Cagayan. He’d secretly listen in on conversations. He constantly lied to everyone on the island. He found idols everywhere. He schemed, he was paranoid — he didn’t let it get the best of him. He convinced everyone he had an idol with special powers so they wouldn’t send him home. He finessed himself a spot at the end despite being the biggest threat. He owned his gameplay at Final Tribal Council. He won. And so he goes down as an all-time great.

1. Parvati Shallow (Cook Islands, Micronesia, Heroes vs. Villains): Any conversation about Survivor greatness starts here. Quickly, for all the Boston Rob truthers: they played together on Heroes vs. Villains. Rob didn’t make the merge. Parvati already had a win from Micronesia, but her performance on Heroes vs. Villains cemented her as the greatest player of all time. The spectacle of the first post-merge tribal — when she pulled out two immunity idols and correctly played one for Jerri, sending J.T. home — stands as one of the most memorable tribal councils of all time. No matter what Parvati said, you had to believe it. Even though you knew you shouldn’t.