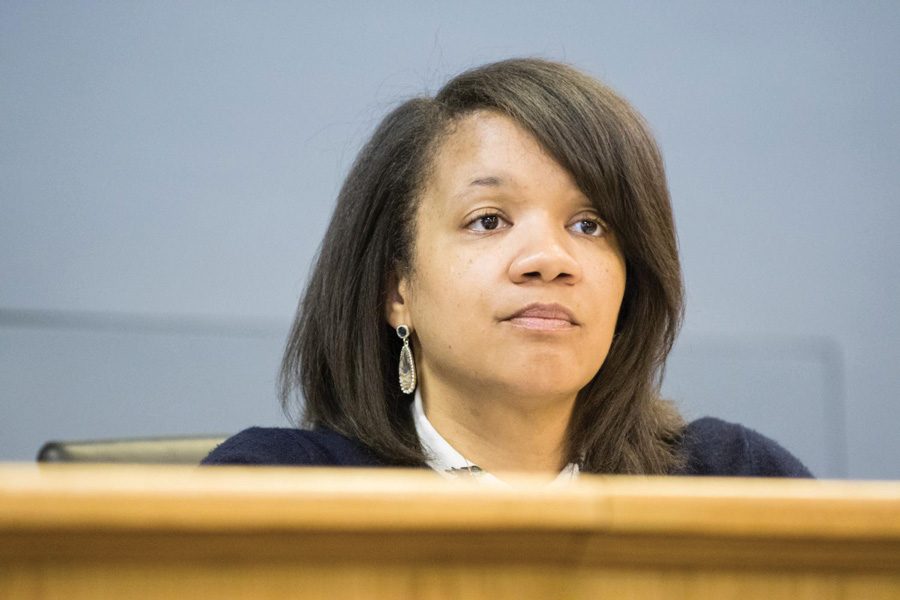 City Council passed a historic resolution Monday to establish a $10 million fund for local reparations, including revenue from the recreational cannabis retailers tax.

Starting on Jan. 1, 2020, all of the city’s recreational cannabis retailers tax will be transferred to the reparations fund until the fund has reached $10 million in revenue from this source. The reparations subcommittee is currently discussing how money from the fund will be allocated and developing criteria for eligible individuals, according to city documents. The reparations fund will also accept donations from private businesses, organizations and individuals.

At the meeting, many community members spoke in support of the city moving forward with the reparations fund. Kamm Howard, a midwest regional representative for the National Coalition of Blacks for Reparations in America, said the legislation will begin the “reckoning of past crimes committed and of current injuries suffered.”

“You did not get to this decision through a battle between the black community and the white community,” Howard said. “You got to this decision through reason, through understanding, through rational and well thought-out action. This is important because the number one contention for reparations in America is that it will divide the community, it will divide the nation. You have shown, with your leadership, that is not true.”

Howard added that the city has shown that reparations can be gained through well-intentioned and thoughtful action. In Evanston’s case, this involves the use of recreational marijuana taxes to begin to repair the systemic impacts of racial bias.

Ald. Robin Rue Simmons (5th) said racially biased arrests for marijuana possession have adversely impacted the black community and in some cases, the damages will linger for generations. While the black population is currently at 16 percent and declining, they make up 71 percent of marijuana arrests in Evanston.

“Consequences for marijuana convictions limit and exclude Evanston residents from housing, employment, and student financial aid,” Rue Simmons said. “The War on Drugs and mass incarceration have devastated the black community and although policy is being corrected, the impact will remain. It is appropriate that sales tax revenue from recreational marijuana be invested in the community in which it unfairly policed and damaged.”

Several city officials said the efforts toward reparations will set a model for the rest of the country. Ald. Ann Rainey (8th) said Rue Simmons shocked city officials nationwide at the National League of Cities conference last week when informing them of what Evanston was getting ready to do. She said she did not hear any other city say they were doing something comparable to Evanston’s reparations fund.

Aldermen previously approved reparations recommendations made by the Equity and Empowerment Commission to address wealth and opportunity gaps at a Sept. 9 City Council meeting. From property tax relief for longtime residential property owners to down payment and rental assistance, the Commission recommended various housing assistance programs for black residents.

Going forward, the city will decide who will receive the benefits of local reparations. The reparations could take on the form of housing assistance and relief initiatives for black residents, various economic development programs and education initiatives.

“It is time we lead our city past ceremony and apology and into the overdue commitment to a reparative policy,” Rue Simmons said. “With this fund, we can implement programming to directly invest into black Evanston. Our measurements of success can include increased black household income, increase in revenue for black-owned businesses, and improved infrastructure for historically black and redlined neighborhoods.”