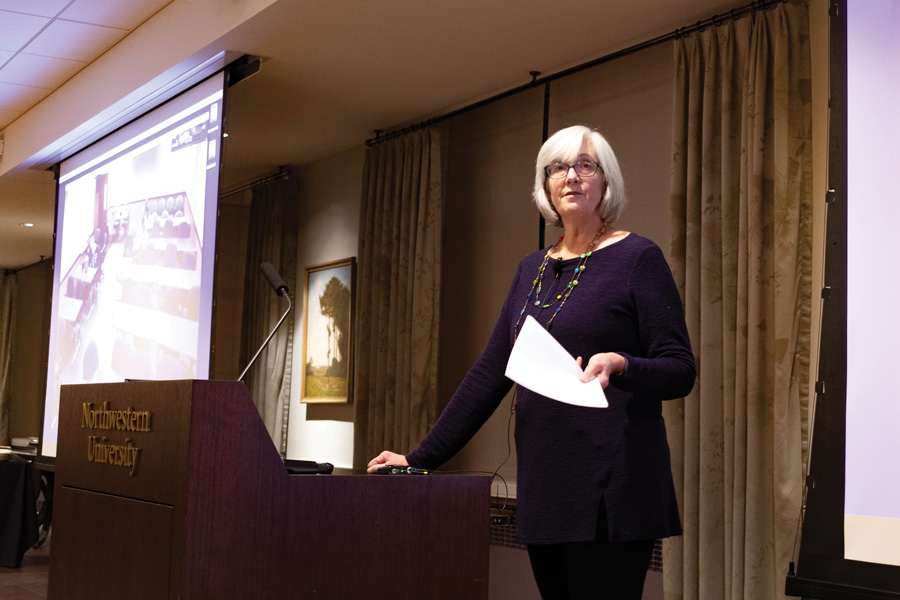 Northwestern University Faculty Senate unanimously passed a resolution during their Nov. 20 session to support a U.S. Academia Joint Statement about the protests in Hong Kong, urging politicians to put pressure on Hong Kong so the government would withdraw violent attacks on pro-democracy protesters.

Last spring, the Hong Kong government introduced an extradition bill, which would allow suspects to be extradited to China. Since then, protesters have taken to the streets. Though leaders withdrew the bill in September, protesters continued to rally for other pro-democracy demands: universal suffrage, independent inquiry into police, amnesty for protesters, and abolishment of the “riots” description used for protests.

Communication Prof. and faculty senator Robert Hariman proposed the resolution about the “violent crackdown on pro-democracy protesters” at the Polytechnic University of Hong Kong.

He said the statement has been circulating among academics, and many prestigious institutions have already demonstrated their support for Hong Kong by endorsing the statement.

Students, alumni and faculty from various institutions — such as Cornell University, Columbia University, MIT, Princeton University and University of Pennsylvania — have signed the document, he said.

The statement aimed to respond to the conflicts between student protesters and the police at the Polytechnic University of Hong Kong, where students have been trapped for the past few days.

According to the statement, “the (Hong Kong Police Force) threatened the students with the use of live ammunition on the campus… and subsequently invaded PolyU with brute force” on Nov. 18.

By passing the resolution, the Faculty Senate demonstrates its support of the United States taking “all necessary economic and diplomatic steps to avert potential bloodshed.”

The statement also says that “the unsolicited deployment of People’s Liberation Army in Hong Kong not only escalates tension in Hong Kong, but also patently challenges the ‘One Country Two Systems’ principle and threatens Hong Kong’s autonomy.”

Kellogg Prof. Angela Lee said because she was born and raised in Hong Kong, she followed the protests very closely, and she encouraged audience and senate members to come to her with any questions.

“I think it will mean a lot to the protesters in Hong Kong, to know that it is not just the (American) government, but the people, and universities are backing them,” Lee said during the meeting.

Also, before the proposal of the resolution about the statement, Claudia Swan, chair of the Educational Affairs Committee and art history Prof., also talked about student evaluations on Course and Teacher Evaluation Council.

According to Swan, the American Sociological Association has advised universities not to use students’ evaluations as the primary assessment of effectiveness for important personnel decisions. She added that Northwestern University is now considering a new system for CTECs.

“The committee on educational affairs is currently continuing to gather information,” Swan said. “We would like feedback from departments from the senate on the uses of CTECs and the ways in which they are not useful. We would like the administration to take a stand on the use of CTECs in high-stakes personnel decisions.”