We didn’t start the dumpster fire: A decade in review 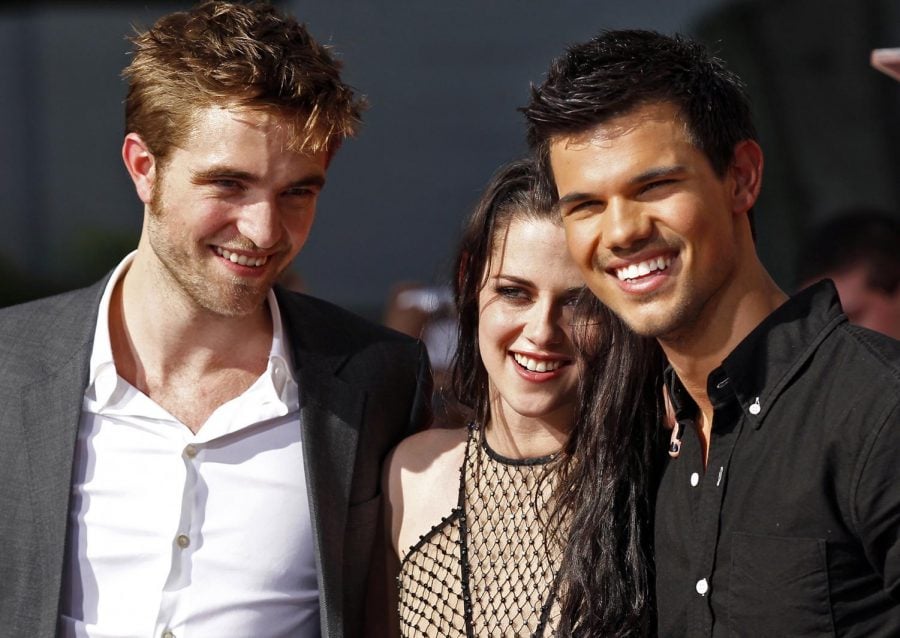 Cast members from the movie "Twilight."

This past decade marks the most volatile years of our lives: puberty. Over the past 10 years, we’ve experienced the embarrassment of middle school, the grind of high school and the absolute chaos of college. Every memory is sprinkled with good YA books, bad fantasy movies and questionable social media trends. Here’s a collection of the cultural landmarks that defined our 2010s.

2010: Club Penguin
I didn’t play many video games growing up, but Club Penguin was my religion. Launched in 2005, the massively multiplayer online game (MMOG) was a way for users around the world to connect through penguin personas. We threw snowballs, made the strangest pizzas imaginable and even saved the world from an evil polar bear. Occasional memberships let me live like the bourgeoisie for a month, buying outfits and candy-colored igloos to flaunt my temporary wealth. And though I never beat the lighthouse jetpack game or participated in an attempted tipping of the iceberg, Club Penguin was the first time I ever lived on my own. It was chill. — Alex Schwartz

2011: End of the Twilight Saga
It’s 2011. I’m a middle schooler obsessed with Twilight. I’ve read all the books a billion times. I spend all my time with 8,000 other Twilight fans on an online forum, where all we do is design bad merch for the book. I somehow end up becoming a moderator for the group, a big responsibility for a middle schooler, but one I’m willing to take on. I write a long, sappy post about the release of “Breaking Dawn Part 1” on Nov. 18, 2011 –– the beginning of the end. It’s a sentiment I shared with many other fans at the time. We were sad to see the curtains fall on a cultural phenomenon that grew with us throughout our teen years. All I can say is: Team Edward forever. –– Catherine Kim

2012: The Hunger Games
After months of counting down, obsessively re-reading, squealing over casting announcements and trailer drops, the day of reckoning has arrived: It’s the premiere of the first “Hunger Games” movie. You and your squad pile into the back of your mom’s minivan on the way to the theater (and on a school night, no less!). Instead of Katniss, you’re all dressed up as Seneca Crane — the villain with the perfectly groomed beard — because you’re quirky like that. You elbow out the other tweens on your quest for the best seats; you shriek when Peeta shows up onscreen in all his white-boy-of-the-month glory; you lift your three fingers to the sky as the credits roll. You’ve never felt more alive. — Maddie Burakoff

2013: Glee
High school show choir. Matthew Morrison rapping. Epic musical battles set to the “Wicked” soundtrack. For artsy types and repressed queer kids alike, Glee was the world we dreamed about when we went to sleep every night after rehearsal. We’d laugh at Sue Sylvester’s witty insults, passionately ship Klaine and download the show’s iconic covers onto our iPod nanos. But the death of Cory Monteith, who played beloved jock-turned-singer Finn Hudson, put a damper on the whimsy. In October 2013, the show released “The Quarterback,” a special episode that came to terms with Finn’s death. The old and new casts’ rendition of “Seasons of Love” was the catharsis we all needed to get over the loss. — AS

2014 ALS Ice Bucket Challenge
While a lot of not-so-great stuff has come out of the “viral” media landscape, the ALS Ice Bucket Challenge was a reminder we can use the power of the internet to do some good. The challenge asked participants to dump a bucket of ice water on their heads and film it, pledging to donate money to ALS research and nominating three other people to do the same thing. In the summer of 2014, the challenge went so viral that more than 17 million people showered themselves with frigid water, raising $115 million in the U.S. alone. Not everything on the internet sucks! — AS

2015: HAMILTON
Already riding high off the “Glee” hype wave, theater kids achieved peak power when “Hamilton” barreled into cultural dominance in 2015. I was an orchestra kid in high school, and therefore theater-adjacent, and happily jumped on the bandwagon. By late senior year, I could rap (“rap”) through most of the soundtrack by memory and spent my lunches plotting a trip to New York with my similarly obsessed friends. In all the hype, I think sometimes we forget a) how revolutionary it was to see an incredibly diverse cast bringing hip-hop to the Broadway stage, a space that’s often only accepted certain people and art forms, and b) that “Hamilton” is just really good. Plus, now I know a lot about the Federalist Papers, so there’s that. — MB

2016: The Chainsmokers
No song since The Killers’ “Mr. Brightside” has united all college students in a sweaty frat basement like “Closer” by The Chainsmokers. The intro brings back memories of sweaty freshmen, sticky floors and clumsy dancing. Sounds gross –– but then again isn’t all of freshman year? Do you not remember screaming “Of the mattress that you stole / From your roommate back in Boulder,” even though you’ve never stolen a thing in your life and you most definitely do not go to Boulder? Has there been any other song this decade that brings back such vivid memories of gross, grimy college life like “Closer”? –– CK

2017: #MeToo
After Harvey Weinstein was accused of predatory sexual behavior, many more people shared their experiences with sexual harassment via #MeToo. It led to the downfall of Weinstein and several other famous and encouraged several states to broaden their harassment protection laws for workers. It also decreased stigma around talking about sexual violence by raising awareness. The movement hasn’t been perfect: progress has lagged for low-income women of color and the LGBTQ community and some survivors have faced repercussions for speaking out. But it’s undeniably changed the way we talk about gender and power, which is a step in the right direction. –– CK

2018: Harry Styles
The fangirls were right all along. When hordes of Directioners first started obsessing over Harry Styles during his early boy-band days, “adult” society scoffed at them and, by association, the shaggy-haired object of their affection. But when Styles dropped “Sign of the Times,” even former skeptics treated the operatic rock ballad — and eventually the rest of his self-titled debut album — with a grudging respect. I was never a rabid 1D fan myself, but in 2018, I found myself blasting Harry’s album on repeat, and finally came to understand the girls who spent their middle school years devouring fanfic and buying up merch. Screaming along to “Kiwi” as Styles tore up the stage on his first solo tour was absolutely one of the best concert experiences I’ve ever had. So maybe teen girls have always had good taste, if we’d just stop to listen. — MB

2019: TikTok
Like many of my fellow millennial-Gen Z cuspies, I downloaded TikTok mostly as a joke, and immediately found myself sucked in by the infinite scroll. Of course, TikTok is home to the ridiculous Vine-like clips that get picked up on other platforms, which are often genuinely creative and hilarious. But there are also whole other thriving subcultures — my own feed is full of adorable animals (including one very tame raccoon), talented artists, world travelers and riverside chefs, among a million other things. I’ve learned the Mariah Carey “Obsessed” dance and the ASL sign for “pumpkin.” So even with all the hours I’ve spent on this app already, I don’t feel like I’m wasting my time. — MB