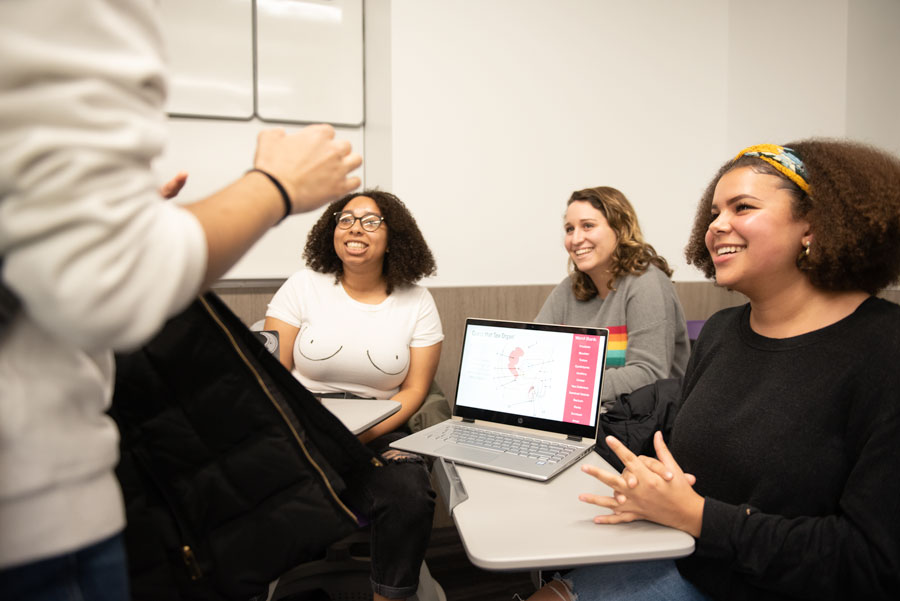 Planned Parenthood Generation Action at Northwestern held a presentation this Tuesday to educate students on sexual health topics they may not have learned in their own high school sex education classes.

The attendees, who were mostly women, visited different stations in the room to learn about safe reproductive health practices in college and adult life. Annika de Vogel said she decided to attend the event because she felt she did not receive adequate sex education in high school on different sexual identities. The Weinberg junior said she felt that her high school sex education did not define sex or distinguish safer practices for non-heterosexual students.

“At my high school, I had a very abstinence-only, terrifying education,” de Vogel said, “so it’s something I will not be so shy about.”

Planned Parenthood Generation Action Northwestern is part of a network of 350 college campuses across the United States that advocate for reproductive freedom, awareness, education and community outreach on behalf of Planned Parenthood, according to its website. The Northwestern chapter, which is in its second year, has hosted two recurring “What You Didn’t Learn in Sex Ed” presentations.

Natalie Sands, a Weinberg senior who presented on pregnancy scares and emergency contraceptives, said it was important for students to be informed on the resources available to them.

“(We want to) make sure that when they’re engaging in sexual activities, they have all the information they need to make that an enjoyable experience and mitigate against any of the risks that can come about,” Sands said.

According to the Centers for Disease Control and Prevention, more than 95 percent of teenagers under 18 have received formal sexual education, but only 70 percent of women and 62 percent of men are taught about birth control methods.

In addition to this disparity, funding for “abstinence-only-until-marriage” education was adopted by 49 out of 50 states in the late 1990s, and financial support for this method, which has been proven ineffective, was only increased in the last few years, according to the Guttmacher Institute. While 37 states still require abstinence information be taught as of 2017, only 33 authorize mandatory HIV education and even fewer states provide mandatory education on contraception.

Students said that recent events still show that the topic of sexual health are still considered “taboo.” Adriana Garcia, a Weinberg sophomore and presenter, spoke about how the rapper T.I. said he takes his 18-year-old daughter for an annual gynecology appointment to “check her hymen.”

While there is a widespread perception that a damaged hymen equates with being sexually active, this is not often the case, she said. Garcia, who brought a presentation on sex myths, said it is important for universities to provide sufficient sexual health resources and for students to talk about sexual health without stigma.

“I think it breaks away from the stigma surrounding talking about sex,” Garcia said. “Holding events like this brings more awareness to them.”