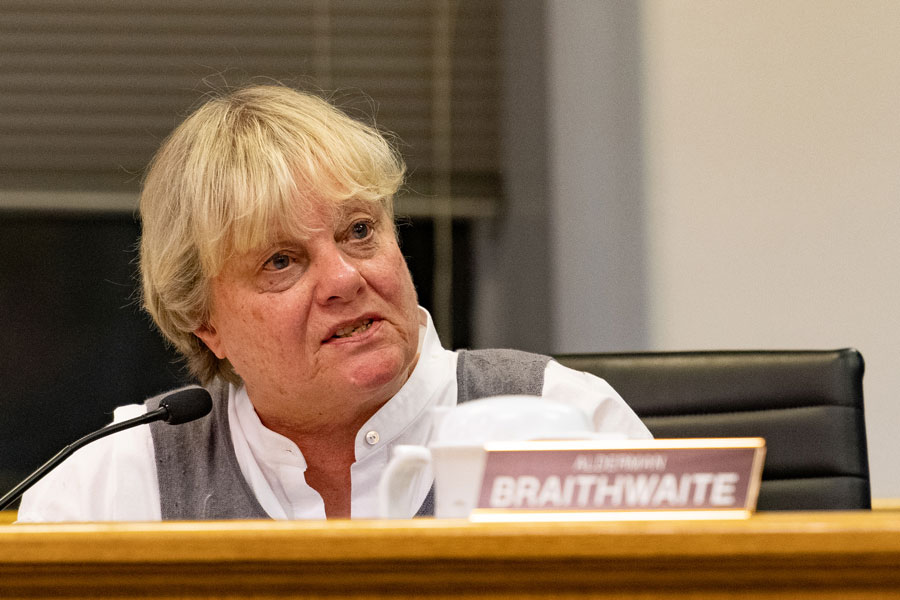 Ald. Judy Fiske (1st). Fiske requested that Northwestern look into restoring the parkways by the former location of the Roycemore School.

The committee – comprised of Ald. Judy Fiske (1st), two Northwestern representatives and two community representatives – briefly discussed a number of issues during their meeting, including parkways near the former location of the Roycemore School and the basketball courts near Northwestern’s Foster-Walker Complex. Northwestern’s representatives did not commit to addressing any particular issues, citing a current lack of available capital.

Muller Roeder suggested the university “re-orient” the courts, changing them to half-courts to encourage smaller-scale games. She stressed this would be a low-cost option since it would mainly entail the curtailment of existing property.

“It just gets to be a really rough, loud game,” Muller Roeder said.

Craig Johnson, the University’s senior vice president for business and finance, said the plans proposed are not currently part of the school’s financial plan.

The area had been disrupted previously when Roycemore occupied the area and created cutouts in the roadway so that school busses could more easily load and unload students. Northwestern owns the land Roycemore formerly operated on, but not the building itself.

“We keep it up. We cut the grass,” Johnson said, eliciting a round of laughter from the committee.

Fiske requested that the University look into restoring the parkways. However, she did acknowledge that the roads are city property, and Johnson asked in turn whether the city had capital to spare on the project.

Referring to Northwestern’s broader budgetary constraints, Darragh said the University is focused on “life safety,” citing maintaining regulatory compliance as well as utilities such as heating, water and electricity. The University is cutting back on some auxiliary expenses, he said, mentioning reduced frequency of window washing.

Though the Northwestern representatives did not commit to any renovation projects Tuesday night, Schoenfeld expressed appreciation for the committee.

“At it’s best, this committee has been a really good forum for conveying concerns of the residents about everything that’s going on in the area,” said Schoenfeld. ”The Northwestern folks have been good about being interested in hearing the thoughts of the folks who are their neighbors.”