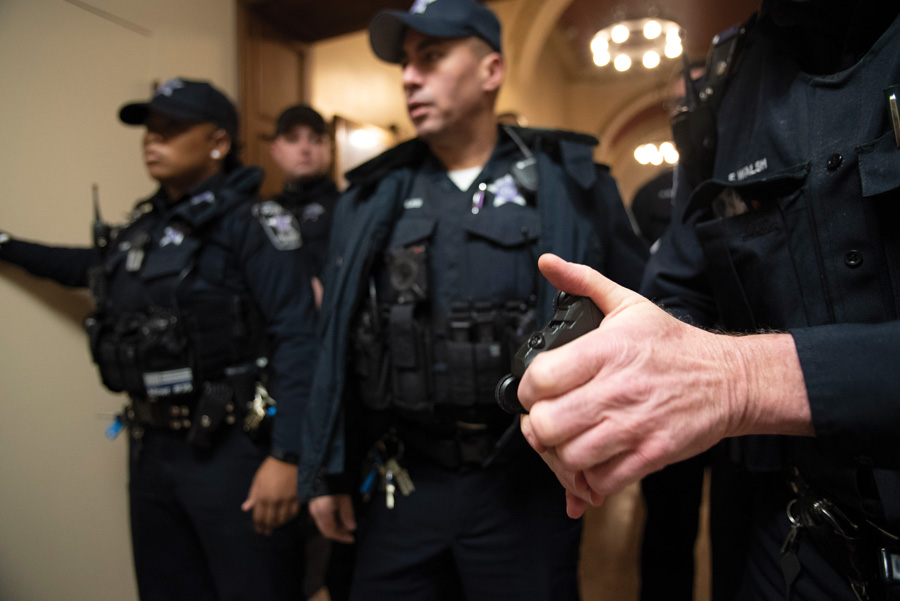 “We are appalled at the ways in which NUPD officers brutalized multiple student protestors in defense of Sessions and the fascist ideologies for which he stands,” the letter wrote. “We write as alumni, as former student activists and as those in community with the students brave enough to directly challenge the vitriolic hatred of the right wing… ”

The letter said UP physically assaulted student protestors — that students were “forcefully grabbed,” “shoved” and “pushed to the ground.” The letter also wrote that in 2018, students urged administrators to disarm and remove police presence, but University officials neglected to act on student demands and “instead gave armed police officers the purview to exercise force as they see fit against students.”

Jessica Wang (Weinberg ’19) sent the letter on behalf of the dozens of alumni who signed it. Schapiro responded with one brief sentence.

“Thanks Jessica, but your statement that “NUPD officers brutalized multiple student protestors in defense of Sessions and the fascist ideologies for which he stands” isn’t what in fact happened here,” his email wrote.

A screenshot of Schapiro’s response has circulated on student Twitter pages, and many expressed dismay at Schapiro’s dismissal of the letter.

Joy Sales (Graduate School ’19) said she signed the letter because it was unjust for the administration to be “demonize” student protestors because they have a right to critical of certain campus events.

However, she said she wasn’t surprised at Schapiro’s terse response because of the president’s history of political engagement on campus — “what he has supported and not supported in the past.”

She said Schapiro’s attended a 2017 vigil before Rasmea Odeh — a Palestinian activist who was convicted by the Israeli government in 1969 for a bombing attack — spoke on campus. But when a public relations officer with Immigration and Customs Enforcement came to campus, Schapiro emphasized free speech.

“It shows that he’s not engaging with student concerns, the people who are protesting and what they’re concerned about,” Sales said.

The letter also cited the legacy of student activism at Northwestern and called the University’s celebration of the Bursar’s Takeover’s 50th anniversary in 2018 “hypocritical, insulting, and exploitative” in light of the deployment of NUPD officers to silent students protesting Sessions.

The University followed up with a longer response to Tuesday’s letter, saying Northwestern encourages “members of our community passionately debating issues.” However, students who are found to be in violation of University policy “will be held accountable,” the response said.

[Read more about Northwestern’s history of disciplining students who were involved in disruptive protests.]

“Investigations into the conduct by the demonstrators are continuing, and reports of those responsible will be shared with Student Affairs and other authorities and follow up as appropriate,” a University spokesperson wrote in a Thursday email to The Daily.

To address allegations that UP officers physically assaulted students, the university spokesperson said a small number of students “forcefully pushed back”, when asked by officers to leave.

Sales also criticized the University’s emphasis on free speech as a defense for inviting neoconservatives to campus because “free speech isn’t equal for everybody.” There are human consequences for certain groups, she said.

“Not all speech has the same political power,” Sales said. “Sessions as political power because he was a former attorney general — his rhetoric backed up policies that have endangered thousands of people.”