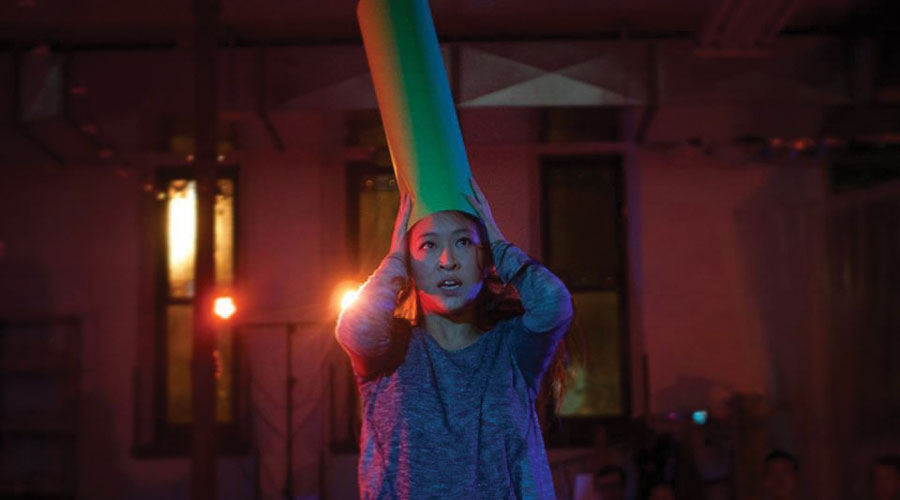 Last winter, Chicago’s temperature was reported to be colder than Mars. This year, playwright Preston Choi (Communication ‘18) will bring the Mars atmosphere to the Windy City in his upcoming production, “Happy Birthday Mars Rover.” It’s not to assert the brutality of Chicago’s weather, but instead to tell a story about humanity.

Presented by The Passage Theatre in its second season, “Happy Birthday Mars Rover” explores the life of the universe through the lens of “existential” cows, concerned robots, and the last human beings on Earth searching for more “jars.” The show will make its world’s premiere Nov. 15 at Ravenswood Fellowship United Methodist Church in Chicago and run through Dec. 2.

Choi said the original idea for the play came from a news article where scientists made the Mars rovers sing “Happy Birthday” while turning the dust particles into samples.

“Now suddenly I saw this very human thing,” Choi said. “And now we see it in a very WALL-E-esque way where it’s like ‘Oh, humans have this tendency to humanize things or impart such human emotions onto things.’ We sort of have this constant need to look out into the world and try to find life.”

According to Choi, “Happy Birthday Mars Rover” consists of 43 scenes without a set of consistent characters. Instead of having a specific plot, the play rolls out as a fluid timeline, which Choi said allowed him to have fun and defy common play-writing rules.

Actor Liz Cloud, who plays multiple roles in the show, said the production’s unconventional structure is a “fascinating” challenge. Since there’s no backstage in between the scenes, Liz said she needs to navigate the fast pace to be able to instantly slip into completely different personas — some she described as “ simple and quiet,” the others are rather “absurd.”

Cloud added that “Happy Birthday Mars Rover” shines a spotlight on relevant, profound topics such as climate change, in a light-hearted and charming way.

“When I first read the script, I thought ‘Oh my goodness,’” Cloud said. “I really started to stutter, and I don’t know if I’ve ever seen anything quite like this. It’s very timely for what’s going on today, as we start to look at climate change and start to understand the choices we’re making.”

Casting director Nic Park (Communication ‘12) said both he and Choi are Korean American descents, a commonality he appreciates. Being able to work on a play written by a Korean American writer, Park said, has been a rewarding experience. Recalling his time at Northwestern, he added that the play reminds him of the “aesthetic sensibility” that NU theater encapsulates.

When casting for “Happy Birthday Mars Rover,” Park said he tried to reflect the Chicago’s diversity by bringing in a wide range of actors beyond just gender or race and ethnicity, which was a main point of emphasis for him.

“I’m also an actor of color, and the way that I react to a lot of these postings that I see — ‘Ok, yeah, you’re looking for open ethnicities, something that really would bring a voice to people of different gender identities,’” Park said. “But the words ‘open ethnicities’ or ‘gender’ or ‘age’ aren’t as encouraging as they might be.”

Cloud said she looks forward to seeing everyone’s hard work come to fruition and views the production as a “powerful testament to the human spirit.” Despite its young stage and limited resources, she said The Passage Theatre’s put on an incredibly special show.

With “Happy Birthday Mars Rover,” Cloud added audiences will be in for a treat. Still, after all the laughter, she said people can reflect on the nature of life and the “beautiful race of weird eccentric human beings.”

“I hope that they are as moved by the show as I am because that’s why you go to theater — to be shipped somewhere between your heart and your solar plexus and, and I think this show does it for them,” Cloud said.