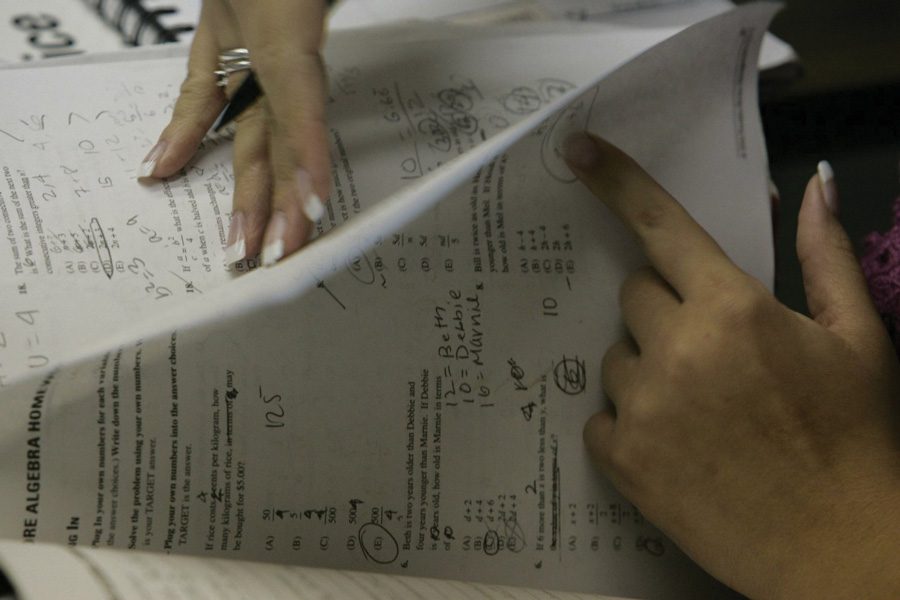 A student turning the page in their SAT book. The Wall Street Journal highlighted test-taker data as a tool colleges use to boost their exclusivity earlier this week.

Year after year, colleges mail high school students brochures with information on academic programs, student-to-faculty ratio, campus culture and how to apply. Schools know who to reach by obtaining data from high schools, test administrators and other places.

While the practice of buying student data from test administrators isn’t a new concept, a recent report says schools like Northwestern encouraged applications from students they had no intention of admitting to boost selectivity.

The Wall Street Journal highlighted test-taker data as a tool colleges use to boost their exclusivity. Schools can buy information about a student from the College Board, the administrator of the SAT and PSAT, for 47 cents a name, according to the Journal.

At a time when students are applying to more colleges to boost their chances of admission to highly selective universities, the practice allows schools to solicit more applications without a matched increase in acceptances, improving selectivity and rankings.

Some took to Twitter to express their discomfort of the practice. “This is unconscionable,” wrote Medill Prof. Steven Thrasher.

The eliteness of higher education is under particular scrutiny after a number of scandals this past year. Operation Varsity Blues took down wealthy parents who bribed school administrators and test proctors to get their students into selective schools, while another scandal in Illinois revealed parents who gave up custody of their kids to take advantage of financial aid.

Much of the attention has shifted to colleges for their role in creating a culture of elitism and exclusivity. Many have pointed to acceptance rates and practices that reward legacy and donor families. Some schools are outright eliminating test requirements, though Northwestern has not added this option.

A University spokesperson was not immediately available for comment, though spokesman Jon Yates told the Journal that College Board data “is only part of this process” in its admissions procedures, which “are based on a holistic approach that takes many factors into account.”

Applications to Northwestern rose from about 14,000 in 2001 to over 40,000 in 2018. While the number of enrolled students has remained the same, the admissions rate has decreased almost 20 percentage points to 8.5 percent.

A decrease in acceptance rates is one contributor to Northwestern’s rise to the No. 9 spot in the U.S. News & World Report rankings.

Northwestern President Morton Schapiro had said he expected the number of applications and acceptance rate to level out at current levels, though it’s unclear how he reached those estimates.

“What I’ve been saying for a while is once you hit 40,000 apps, you’re not gonna get a lot more,” he said in April. “So, where do I see us in the future? I think the 8-9 (percent) range, something like that. I don’t see it going back into double figures.”