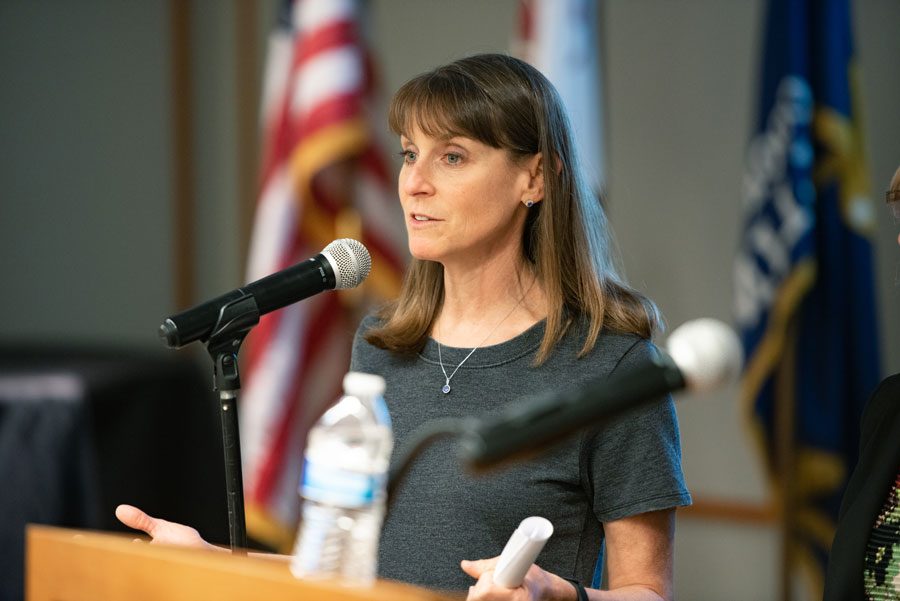 Last week, state Sen. Laura Fine (D-Glenview) chief co-sponsored a Senate bill that caps out-of-pocket insulin costs at $100 for a 30-day supply, attempting to rein in the cost of insulin.

As insulin prices have doubled from 2012 to 2016, Sen. Fine decided to chief co-sponsor to the bill to make insulin affordable. The bill passed the Illinois Senate in a 48-7 vote on Oct. 29.

The bill requires any insurer that covers prescription insulin drugs to limit the total out-of-pocket costs for a 30-day supply of insulin to $100.

For patients suffering from Type 1 or Type 2 diabetes, their bodies either struggle to naturally produce insulin or effectively use the insulin their bodies produce. Without insulin, patients quickly experience life-threatening symptoms, including heart disease, strokes and kidney disease.

Because insulin is an essential drug for those suffering from diabetes, the increased costs of insulin caused some patients to make difficult choices, such as rationing the drug to last longer.

Fine said this concern was one reason she supports the bill. She heard stories from constituents taking only as much insulin as necessary or instead using it once a day instead of twice a day in order to ration their supply. She said that choice is unacceptable to her.

“This is ridiculous because if this (insulin) is prescribed to them, they need to have it on a regular basis,” she said.

Communication sophomore Connor Maduzia, who was diagnosed with Type 1 diabetes when he was 14 years old, described how he was aware of the rising costs of insulin. He said he’s fortunate does not need to make difficult decisions regarding his insulin use because of cost concerns. While he is currently on his parents’ insurance, he is concerned about finding a way to pay for insulin later.

Maduzia has also been warned by his endocrinologist, a doctor specializing in diabetes treatment, about the consequences of rationing or failing to take his insulin.

“Without insulin, I would be very sick within two to three days and probably hospitalized,” Maduzia said. “I know about people who ration, and their blood sugar levels are constantly too high and they lose weight really quickly.”

The Illinois House of Representatives took up the bill, and last month, Gov. J.B. Pritzker publicly stated his support for the bill.

The debate around high insulin costs reflects a growing trend in the U.S., as the price of prescription drugs and health care continue to increase. Fine hopes that health care can become affordable to everyone.

“You know, my hope is affordable and accessible health care for all,” Fine said. “And this is one piece of the puzzle and there are lots of pieces to this puzzle. We just have to keep working at it to make sure that health care is a right, not a privilege.”