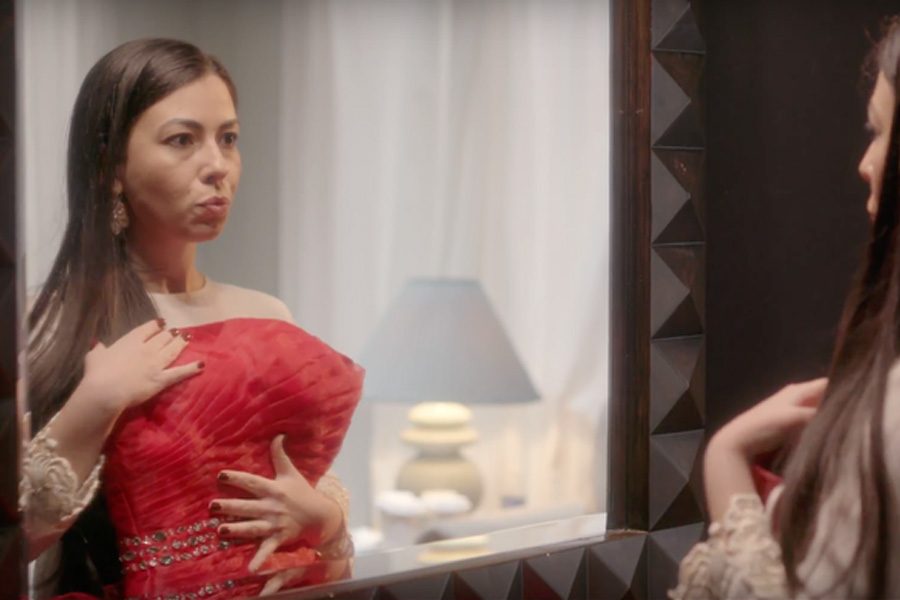 A screenshot from the film “Cloud 9” by Communication senior Erika Rodriguez. The movie will be screened this Saturday at Ice House Gallery’s “A Night of Student Filmmaking,” along with other student productions.

While studying in Prague, Communication senior Lauren Loesberg decided to make a movie about grief. The Ice House Gallery will host a screening of the final product, a seven-minute film called “Janek to the River,” along with other student films.

The film follows a woman who encountered a family tragedy and strives to reconnect with her loved ones. Loesberg said it is both scary and rewarding to show a project that personal to the public.

“When you put your art out there, you’re baring your soul to the audience,” Loesberg said. “You’re showing your personal inner feelings and thoughts. Because your art is an extension of you and your heart, and you want to be appreciated and liked.”

“A Night of Student Filmmaking” features several movies by Radio, Television and Film undergraduates, including “Dogmeat” by Jesse Zhou, “Cloud 9” by Erika Rodriguez, “Blunderbuss” by George Ayoub and “Crush” by Mega Dafiagor. The movies touch on subjects ranging from isolation to robbery, artificial intelligence and The Bachelorette.

Chloe Fourte (Communication ’19) said she wanted to organize the screening event in response to a lack of support from the RTVF department to promote student films. She said she hopes “A Night of Student Filmmaking” can help RTVF majors get familiar with professional settings after college.

Hannah Litvan, the founder of Ice House Gallery, echoed Fourte’s sentiment. She said she’s dedicated to supporting emerging artists from the Evanston community. Knowing the barriers student artists face when entering the professional field, Litvan said she hopes the screening can be an opportunity for young filmmakers to gain gallery experience and build connections.

“(Student filmmakers) have the talent and skills to create compelling pieces, but they don’t necessarily have the exposure,” Litvan said. “I want to put their work into the rest of the art world.”

A former art student herself, Litvan understands these difficulties. According to Litvan, she applied to more than 150 jobs after she graduated, but the industry was mostly looking for experienced artists. She said she didn’t get called back from most applications due to her lack of exhibition experience and connections with art professionals.

“My experience trying to make it to the professional art world contributed to how I run my gallery now,” Litvan said. “I want to do something that will push (young artists) to do something bigger.”

Communication senior Erika Rodriguez, who wrote and directed “Cloud 9,” said many people don’t understand how time-consuming filmmaking can be. The life trajectory of a film project requires team effort, from the idea to the writing and shooting stages.

Rodriguez is excited to see the spotlight shine on the teams behind the works.

“The average life span from beginning to the end of editing, filming, production takes a lot of hands,” Rodriguez said. “By having this gallery event, you are not only showing the writer, director and producer, but also every person that makes the release possible. I’m glad that so many people are being recognized for their hard work.”

This story was updated on Friday, Nov. 8 at 12 p.m. to clarify what Lauren Loesberg’s film is about.