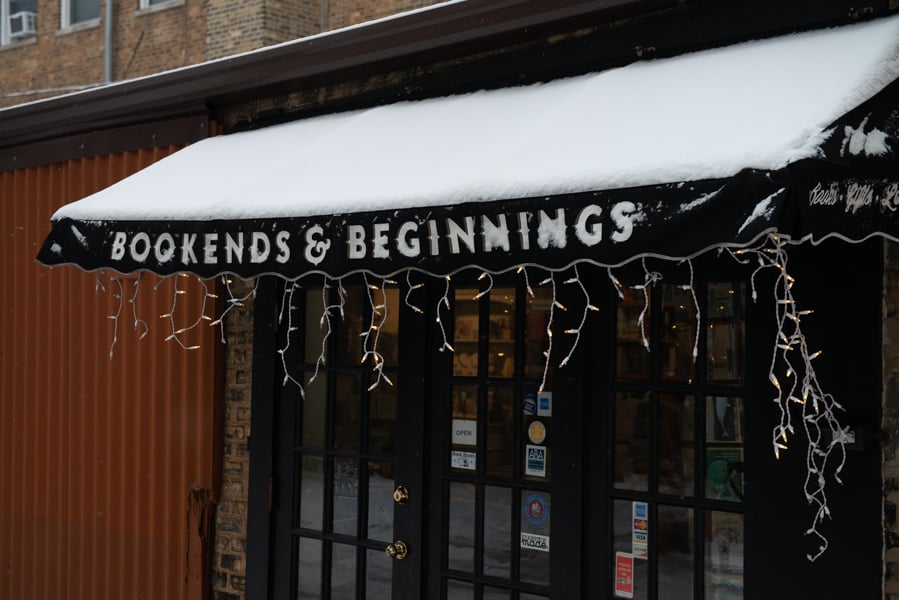 With the aroma of old books floating toward rustic wood paneled ceilings at Bookends & Beginnings, authors Pia Justesen and Mary Rosenberg emphasized on Saturday the need for greater awareness about disabilities.

Justesen wrote “From the Periphery,” a book that features 30 stories of daily experiences from people with various disabilities. In the book, Rosenberg shared her own story about living with a disability.

Justesen discussed how some able-bodied people fail to engage in conversations about disabilities because they don’t prioritize disability awareness. She said abled people often want to “fix” the individual by “healing” their disability. However, the more contemporary view, and the view Justesen adopts, looks at the barriers surrounding disabilities and attempt to change those to make the world more accessible. Justesen said this disability awareness issue remains taboo, despite the fact that 15 percent of people worldwide live with a disability.

“We should do something to erase this invisibility of disability,” Justesen said.

Her book shares stories of people with disabilities who feel infantilized and paternalized, leading them to ultimately feel dehumanized.

Audience members asked questions about cultural differences surrounding disability between the United States and Justesen’s native country of Denmark. She said Denmark has a stronger welfare system, but people with disabilities often end up in group homes, rendering them invisible.

In “From the Periphery,” Rosenberg aimed to raise awareness about how people with disabilities struggle with bullying, accessibility and acceptance. An attorney for Access Living, Rosenberg had a unique perspective on the issue of disability accessibility, from both a personal and legal perspective.

She said that while progress happens on the legal front, the law can only solve certain issues — such as the installation of a ramp at a building — but not stigma or taboo.

Bookends & Beginnings owner Nina Barrett said she was thrilled with the outcome of the event. She said she opened the bookstore so Evanston residents could have a place for important conversations in a comfortable, home-like environment.

She said the highlight of the event was how engaged the audience was in the discussion.

“Our space is very intimate,” Barrett said. “People feel empowered to have a conversation.”

After working as a personal assistant for a man in a wheelchair, Justesen saw first hand how much he struggled with limited accessibility. It was then she realized that accessibility is a human rights issue.

Justesen added that the biggest takeaway from writing her book was learning to see the similarities in people instead of differences.

“No matter what we look like, inside or outside, we all are similar,” she said. “We all have the same wants and needs.”