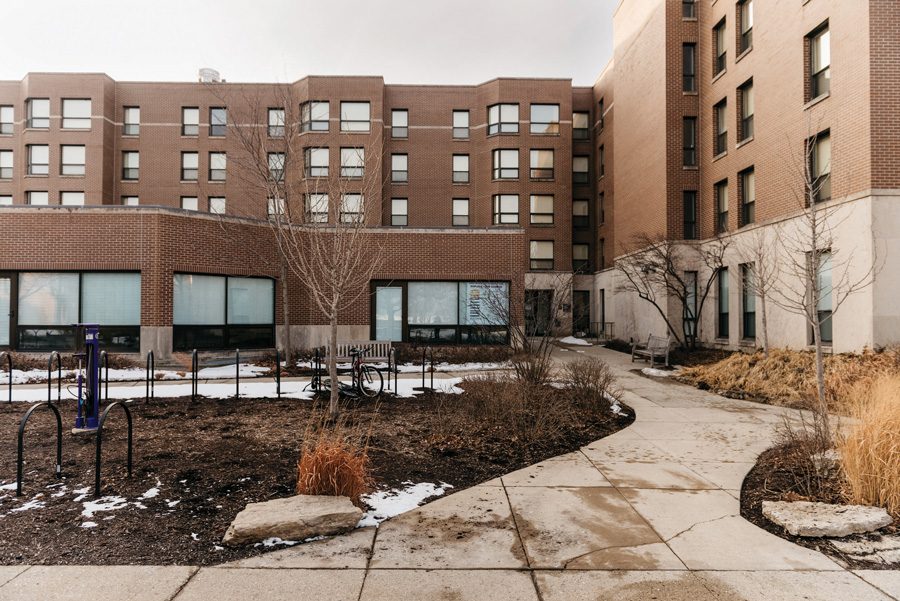 1835 Hinman is the only residence hall not open for residential purposes for the 2019-2020 academic year.

After a budget deficit in Fiscal Year 2017, the 10-year Housing Master Plan halted construction, leaving the University behind on its goals.

Now that Northwestern is back in the green, students are still unsure about the future of housing. While some dorms like 1835 Hinman remain empty, the administration reopened Jones Residential College and the Beta Theta Pi house to accommodate over-enrollment.

Hinman is the only residence hall not open for residential purposes for the 2019-2020 academic year. In anticipation of renovations under the housing master plan, the residential hall closed down at the end of the 2018 Fall Quarter.

Motivated by the construction of 560 Lincoln and renovation of Willard Residential College, University President Morton Schapiro said Northwestern initially planned to build another university village near Hinman and Jones Residential College and consider the pros and cons of raising the residency requirement from two to three years. However, with zoning restrictions in Evanston and the budget crisis, the housing master plan stalled.

“Eventually, there’s going to be a housing complex — if the city allows it — where Hinman and Jones are,” Schapiro said. “But not in the immediate plans anymore.”

“(The infrastructure) certainly felt behind the other dorms,” Cho said. “We are basically paying the same amount of money to live in a dorm, but the living conditions are so different. It was off-putting as a freshman.”

Yulan Chen also said Hinman was in need of renovation.

During her stay in Hinman, the Weinberg senior said her allergies and eczema became more severe because of carpet in the rooms.

“I haven’t had that bad of a flare-up since I was 8 years old,” Chen said. “I kind of attribute that to the gross atmosphere of the building.”

Hinman is currently partially unused with only its kitchen open to support campus-wide operations, student organizations and student-led businesses. The Hinman dining hall is not open for students, but some of the food preparations for other dining halls take place in the Hinman kitchen.

As a replacement for Hinman, Jones reopened this year. It was originally on a “programmatic hiatus,” Zakarin said, as it was supposed to be renovated under the housing master plan. Due to an influx of first-year and transfer students, administration opened Jones to accommodate extra students.

“If we had used 1835 Hinman, it would be half empty,” Zakarin said. “For a community vibe, a half-empty building is not optimal. From a sustainability perspective, providing heating and utilities is not optimal. In terms of existing amenities, Jones offers a lot more than Hinman.”

Zakarin said the anticipated capital project plan will be released “sooner rather than later.” The plan will answer questions regarding what will happen next with Northwestern’s unused or under-utilized buildings.