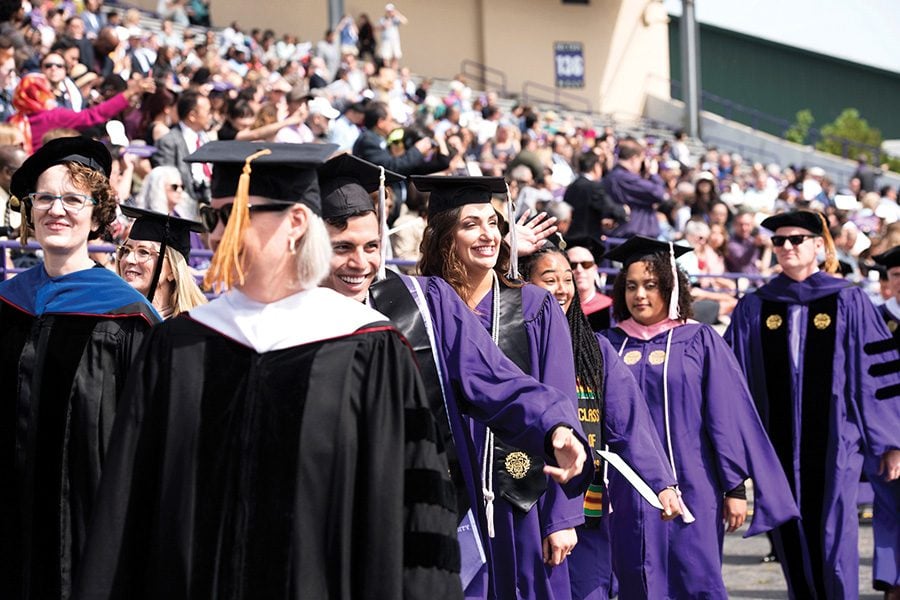 Graduating students during 2019 commencement. Jeremy Schenk will oversee adjustments to the graduation calendar and related ceremonies.

As Northwestern implements changes to the academic calendar for commencement ceremonies, the University announced Thursday that Jeremy Schenk has been named as special assistant for graduation transition.

Schenk, executive director of Norris University Center, will oversee the adjustments to the graduation calendar, different events traditionally held during Senior Week and end-of-year processes that’ll be impacted by the new schedule, according to the release.

University President Morton Schapiro announced on Oct. 17 that commencement and other graduation ceremonies will move to the Sunday and Monday after finals week starting in the 2020-2021 academic year. Because of this shift, the schedule eliminates Senior Week, programming for graduating students such as an alumni office-sponsored beer garden and a day trip to Six Flags.

In his role, Schenk will coordinate with schools on the impact of calendar changes to budget planning, gather input ahead of the change and form different working groups focused on a range of issues — including rescheduling Senior Week events.

Schenk, who was co-chair of the University’s 2019 commencement, will continue to serve in his Norris position while in his new role. He’ll report to Graduation Transition Steering Committee co-chairs Julie Payne-Kirchmeier and Jaci Casazza.

“I’m thrilled that Jeremy is taking on this role,” said Casazza, who is the University registrar. “It’s a big job, but having led large organizational changes and planned commencement, his experience will be invaluable.”