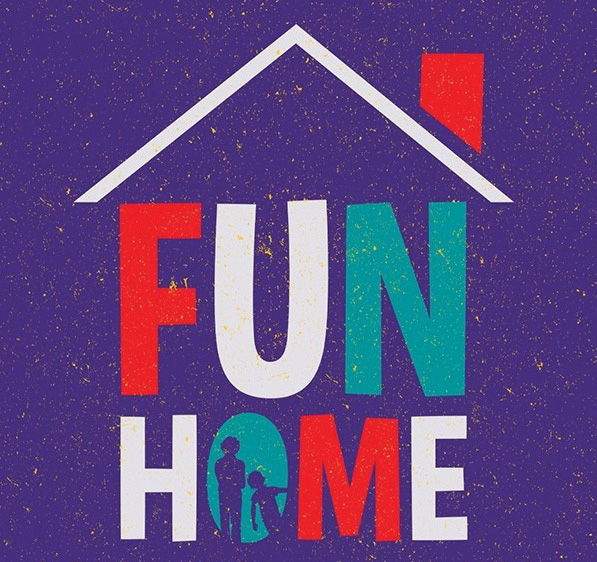 “Fun Home.” The show is based off the acclaimed graphic novel from cartoonist Alison Bechdel.

When Communication Prof. Roger Ellis first saw “Fun Home” on Broadway in 2014, he was “blown away.” As a member of the LGBTQ+ community involved in musical theater, Ellis found that the genre often shies away from queer themes, but “Fun Home” embraces them head-on.

“The musical is an art form and a genre that is part of gay culture and queer culture, but doesn’t always have legible queer stories on stage,” Ellis said.

This fall, Ellis is bringing “Fun Home” to campus, in a production that he hopes will facilitate conversations about belonging and identity among the Northwestern community. The production opens Nov. 8 at the Ethel M. Barber Theater, and closes Nov. 24.

Originally written by Jeanine Tesori and Lisa Kron, “Fun Home” is adapted from Alison Bechdel’s acclaimed graphic memoir of the same name. The play follows Bechdel as she writes her memoir, reminiscing about her childhood, her experiences coming out in college and her complicated relationship with her closeted father. “Fun Home” won five Tony Awards in 2015, including Best Musical, and was named a finalist for the Pulitzer Prize for Drama.

The character of Alison is played by three actors in the show, each portraying a different part of her life. Communication junior Lydia Weir plays “Medium Alison,” representing Bechdel as a college student. She said the cast and crew have collaborated to research Bechdel to ensure that the portrayal of her life and the themes of queer identity are authentic and respectful.

“Alison Bechdel has a very specific story to tell, but a very, very large number of people have been touched and identified with that story throughout her career,” Weir said. “None of us are Alison Bechdel, so the best we can do is tell her story with as much authenticity as possible.”

Weir also said the production features a large number of queer women both on stage and behind the scenes, which is often rare in theater. She identifies as queer. Weir added that “Fun Home” is one of few mainstream Broadway musicals to feature a lesbian protagonist.

Communication senior Emma Griffone, who plays the adult version of Alison, said this production is unique because all three versions of Alison in the show are played by an actor of a different racial identity: Griffone identifies as biracial, Weir is white and Communication sophomore Claire Kwon, who plays “Small Alison,” is Asian. Griffone said this casting can enhance the universality of the story, showing how the themes of family and identity are relatable to multiple audiences.

“We’re not just three ladies who happen to look similar playing one person,” Griffone said. “We’re bringing our own personal experiences into the identity of this one person, and showing how multiple communities can relate to this one person through a various amount of experiences.”

Griffone said although the show primarily focuses on queer themes, it also shines a spotlight on the idea of family, both biological and found. Griffone said she hopes Northwestern and college students in general can resonate with the idea of finding people you connect with no matter where you are.

Ellis said he views “Fun Home” as a memory play, where the character of Bechdel looks back on her childhood and her trauma to learn to heal and move forward. The design of Northwestern’s production incorporates this idea of journeys by using elements of mazes to portray Alison’s “labyrinth of memories.”

The director said he hopes audience members will understand the importance of living truthfully after seeing the play. While the show focuses on identity through the lens of queerness, Ellis said, its message about discovering yourself will speak to everyone.

“Alison Bechdel is someone who prioritizes living authentically,” Ellis said. “And I think that’s something that all audience members, regardless of how they identify, can really appreciate.”

A previous version of this story misidentified a source’s racial identity. This updated version has also removed information about a source due to privacy concerns.