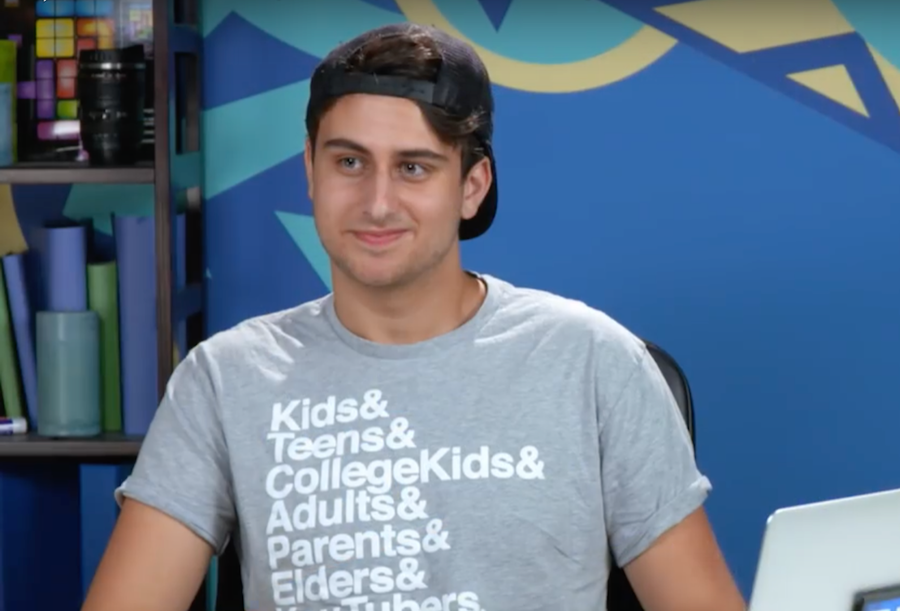 Throughout middle and high school, Communication sophomore Noah Cohen loved watching the Fine Brothers’ reaction videos on YouTube, but he never dreamed he would take part in them himself. Now after 2-and-a-half years and over 60 videos, Cohen has reacted to artists, gaming software and viral videos alike for the channel. A mainstay on the “Teens React” series, Cohen sat down with The Daily to talk about his involvement with the show and how it’s affected his life (besides the hate DMs he’s received from upset Billie Eilish fans).

The Daily: How did you become involved with “Teens React?”

Cohen: I used to watch “React” all the time, and I used to watch before they started only doing reacts — they had scripted shows and other stuff. I used to watch it all the time and I loved it. And I saw they posted on Instagram that they were looking for people in the L.A. area — I’m from L.A. I just sent them an email, tried to be funny, then months passed, and I went to an audition. I had never auditioned for anything before, and it worked out.

The Daily: What is the process like when you go in for an episode?

Cohen: We really don’t know what we’re going to be doing until the camera’s on. Honestly they do not say anything — they just go, “Hey, are you free to come in today at this time?” and you go in, you get to the studio and they turn on the camera. I think it’s better this way because you get way more accurate reaction and it’s very authentic. I learned to put my trust in them, because they’re very good at picking what I would be interesting in and what videos I would really do well in.

The Daily: Is it better when you’ve seen the content you’re reacting to?

Cohen: I think it’s better if I at least have some knowledge about it. That’s why even though I don’t know what it’s going to be, usually it’s something to do with pop culture, so I try to keep up with pop culture. Even if I’m not an expert on whatever they show me, at least I have a little bit of background because I could come up with more interesting things to say. But there’s certain situations where, if you go in completely blind, it’s way better and could be way more honest because then you’re not biased — especially if you’re listening to, like, a new music artist you’ve never heard of. I think that could be a little bit better if you don’t have prior knowledge.

The Daily: Is anything faked?

Cohen: It’s completely honest. The brothers have never once told me to react a certain way. They’ve never tried to manipulate me. Personally, I think that means it’s up to us as people on-camera to try to be as authentic as possible. I mean obviously, most likely most people’s reactions to watching videos are just sitting there staring at the screen. So when you have a camera in front of you, you’ve got to try to play it up a little bit and try to at least express what you’re thinking in some type of interesting way, but that’s always been the way that I’ve thought about it — it’s never been something that they told me to do.

The Daily: What did you get out of the experience overall?

Cohen: It definitely pulled me out of my comfort zone, just because I’m not an actor or anything. I had never done anything on-camera, and I was more behind the camera before this, so I just did this to try and push myself. I was like, “Obviously, this isn’t gonna happen, but I’m just gonna try to be on this show and we’ll see if it works out.” And it did work out, and I’ve been doing it for a long time. It’s really crazy looking back at how much I loved this channel before I was on it, and then being a part of it — I mean that’s just unbelievable.